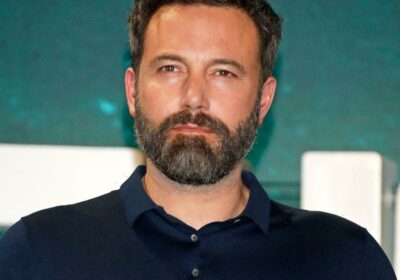 Ben Affleck is reportedly hoping to get down on bended knee and propose to Jennifer Lopez on her 52nd birthday next month.

The Hollywood couple delighted fans after romantically reuniting in May, seventeen years after they first called time on their engagement in 2003.

And it has now been claimed that the Batman actor, 48, is so sure that his romance with the Hustler star is the real deal this time that he hopes to seal the deal with a proposal.

"Ben wants to give long-lasting love another shot and is planning a romantic proposal on the singer's 52nd birthday on 24 July," a source told Closer magazine.

According to the report, Gone Girl star Ben is also hoping that J Lo will move from Miami and into his sprawling £28million Los Angeles pad with her twins, Max and Emme.

"They're both adamant about avoiding a long-distance relationship, and Jen's already spoken to Marc, who's agreed to the plan as long as it doesn't interfere with their custody situation," it was added.

"Jen's looking to move into Ben's Pacific Palisades compound as she loves the area and being so close to the beach, they can't wait to start their lives together."

Jennifer and Ben first began dating in July 2002 while filming for the movie Gigli.

Following a whirlwind romance, the actor proposed to his lady-love just four months later in November.

Just days before their wedding day in September 2003, the duo called off their ceremony and eventually broke up in January 2004.

The pair first called time on their engagement because of "excessive media attention".

They then reconnected earlier his year, with reports of them first spending time together emerging in May following Jennifer's split from fiancé Alex Rodriguez.

Bennifer 2:0 confirmed they were back on as they packed on the PDA during a dinner date earlier this month.