On Tuesday, the 22-year-old daughter of Loughlin and fashion designer Mossimo Giannulli took to her Instagram Stories to show off her flowing light brown locks parted in the middle in a selfie. In her following post, she shared a throwback photo of Loughlin on Full House with the same ‘do.

“Copied her,” she wrote with a heart emoji. 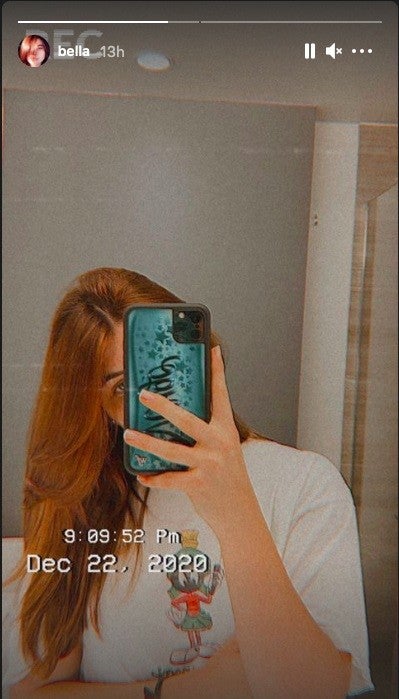 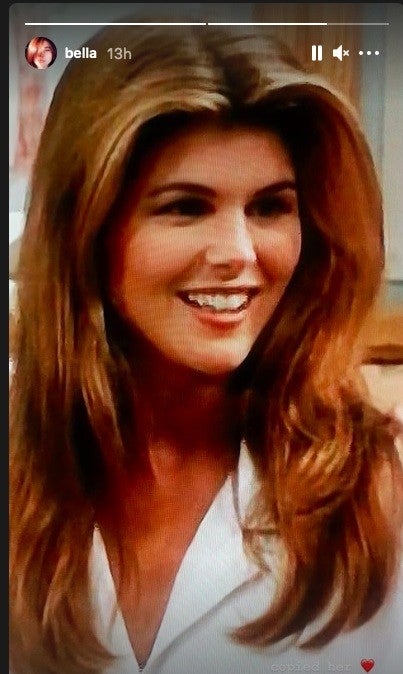 Both Loughlin and Giannulli are currently serving prison sentences for their roles in the highly publicized college admissions scandal. Loughlin started her two-month prison sentence at the Federal Correctional Institution in Dublin, California, on Oct. 30, while Giannulli reported to USP Lompoc in Santa Barbara, California, on Nov. 19 for a five-month sentence. Loughlin and Giannulli are set for release on Dec. 28, 2020 and April 17, 2021, respectively. Both have been ordered to pay fines and complete community service upon release.

A source told ET earlier this month that both Bella and her younger sister, 21-year-old Olivia Jade, are both “hanging in there” and doing “a lot better now” than they were when their parents were first convicted.

“Olivia and Bella have gotten closer through this difficult transition,” the source said. “The family has all admitted internally, and now publicly — with Olivia speaking out on Red Table Talk — that they were absolutely in the wrong. The whole situation ended up being more horrifying than they could have ever anticipated. They are so remorseful and are determined to make things right.”

“There was a point in time that they weren’t speaking to their parents at all, but things have gotten to a more peaceful place over time,” the source added. “Lori and Mossimo want their children to live happily and the whole family wants to put this behind them and do their best to move on, grow and succeed together and individually. They are hopeful that people, brands, companies, friends and family don’t judge them or their children as a result of their mistakes.”

In October, a source told ET that Bella wants to follow in her mother’s acting footsteps.

“She was the one who would visit her mom on set at a very young age and has actually taken roles in some of Lori’s [Hallmark] Christmas films,” the source said. “Bella loves TV and would be thrilled to land a major role like her mom had.”

Bella has already made a splash starring in Griff Clawson’s music video for “Chasing Highs.”

“When the scandal hit, Bella became even more determined to focus on a career,” the source said. “She sees acting as a way to express herself and she feels very at home in front of the camera.”