Bailee Madison is getting her Cinderella moment!

Earlier this week, the 21-year-old actress revealed she was starring in her very own A Cinderella Story movie and now we have all the details.

Also starring All American‘s Michael Evans Behling, the new film will follow Finley Tremaine (Madison), a small-town farm girl, longs to spread her wings and soar as an aspiring performer. When a Hollywood film crew arrives in her sleepy town, she is determined to land a role in the production and capture the attention of handsome lead actor Jackson Stone (Behling). Unfortunately, a botched audition forces her to change course. Now, disguised as cowboy “Huck,” Finley finally gets her big break. But can she keep the charade a secret from everyone, including her evil stepmother and devious step-siblings? 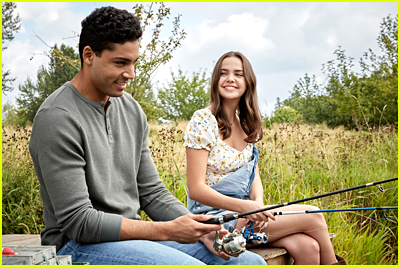 The movie will be out on digital on June 29th, and on DVD on July 13th, and also stars April Telek as the cruel stepmother, Valerian, and Lillian Doucet-Roche and Richard Harmon as step-siblings Saffron and Kale.