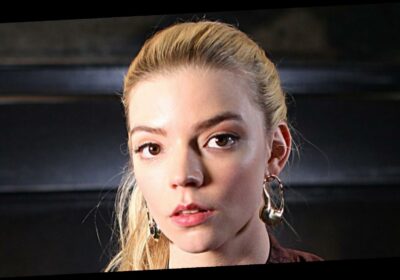 Anya Taylor-Joy has made her debut at the Golden Globes with a splash.

The actress, who is a double nominee for her roles in Netflix's The Queen's Gambit as well as in the film Emma, wore shimmering green Dior Haute Couture for the virtual appearance. She also debuted long, straight blonde hair in addition to the deep-V, spaghetti-strap gown. Her stylist, Law Roach, shared a sneak peek of her entire look on his Instagram feed, including a delicate, dainty necklace from Tiffany & Co. that costs $195,000 and the Tiffany Soleste cushion-cut engagement ring.

This is the first time she is attending the Golden Globes.

After nominations were announced earlier this month, Taylor-Joy shared a video of herself laughing, seemingly speechless. "Pretty fucking wild. THANK YOU for the love HFPA," she wrote.