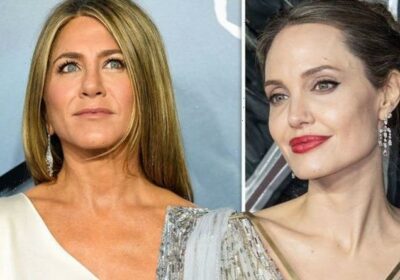 Those Who Wish Me Dead: Angelina Jolie shares behind the scenes

Hollywood star Angelina Jolie, 46, has smashed her old love rival Jennifer Aniston’s Instagram record after she gained an incredible 2.1 million followers in just three hours. Jennifer Aniston was previously awarded a Guinness World Record for being the quickest account to reach one million followers, after she gained the huge amount in five hours and 16 minutes after joining the social media platform in October 2019.

However, the Maleficent actress left the Friends star’s world record in pieces as she officially joined Instagram last night.

Jennifer was previously married to A-list star Brad Pitt for five years until their split in 2005.

The Ocean’s Eleven actor then went on to marry Angelina after meeting on the set of Mr and Mrs Smith.

In her bio, the mother-of-six branded herself “Mom, filmmaker, Special Envoy for UN refugees”, whereas Jennifer’s simply reads: “My friends call me Jen.”

But it wasn’t due to her aesthetically pleasing feed or stunning pictures as the Salt actor had only posted one picture to her feed.

The Hollywood actress shared a picture of a heartbreaking letter written by a teenage girl in Afghanistan who is now facing the prospect of living under Taliban rule.

In comparison, Jennifer’s first picture was of herself and her Friends co-stars David Schwimmer, Matt LeBlanc, Lisa Kudrow, Matthew Perry and Courteney Cox.

Posting a carousel of pictures including one of women in burqas, Angelina revealed why she had made the decision to join the Instagram community.

She penned: “This is a letter I was sent from a teenage girl in Afghanistan.

“Right now, the people of Afghanistan are losing their ability to communicate on social media and to express themselves freely.

“So I’ve come on Instagram to share their stories and the voices of those across the globe who are fighting for their basic human rights,” she finished in the first part of the caption.

The Changeling actress went on to relay her own experiences of meeting refugees.

She wrote: “I was on the border of Afghanistan two weeks before 9/11, where I met Afghan refugees who had fled the Taliban. This was twenty years ago.

“It is sickening to watch Afghans being displaced yet again out of the fear and uncertainty that has gripped their country.

“To spend so much time and money, to have bloodshed and lives lost only to come to this, is a failure almost impossible to understand,” she added.

Angelina went on: “Watching for decades how Afghan refugees – some of the most capable people in the world – are treated like a burden is also sickening. Knowing that if they had the tools and respect, how much they would do for themselves. And meeting so many women and girls who not only wanted an education, but fought for it.

“Like others who are committed, I will not turn away. I will continue to look for ways to help. And I hope you’ll join me,” she finished the caption.

The conflict has killed tens of thousands and displaced millions of people, as well as questioning the future of the country’s women.