Angelina Jolie Funiture Shops With Kids Zahara, 15, & Pax, 17 & In L.A. After Dinner With The Weeknd 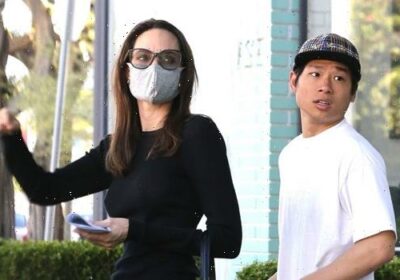 Angelina Jolie has stepped out in a chic black ensemble for a shopping trip with her kids Pax and Zahara over the holiday long weekend.

Angelina Jolie, 46, has spent some quality time with her daughter Zahara, 16, and son Pax, 17, while browsing for new furniture pieces. Just a few days after she met up for dinner with “Blinding Lights” hitmaker The Weeknd, 31, the actress stepped out with her two mini-me’s for a day of shopping in West Hollywood. Angelina stunned in a sleek, black ensemble which featured a chic sweater and matching cropped jeans. Staying on theme, she rocked a black protective face mask, and black-rimmed glasses, along with pale pink ballet flats. 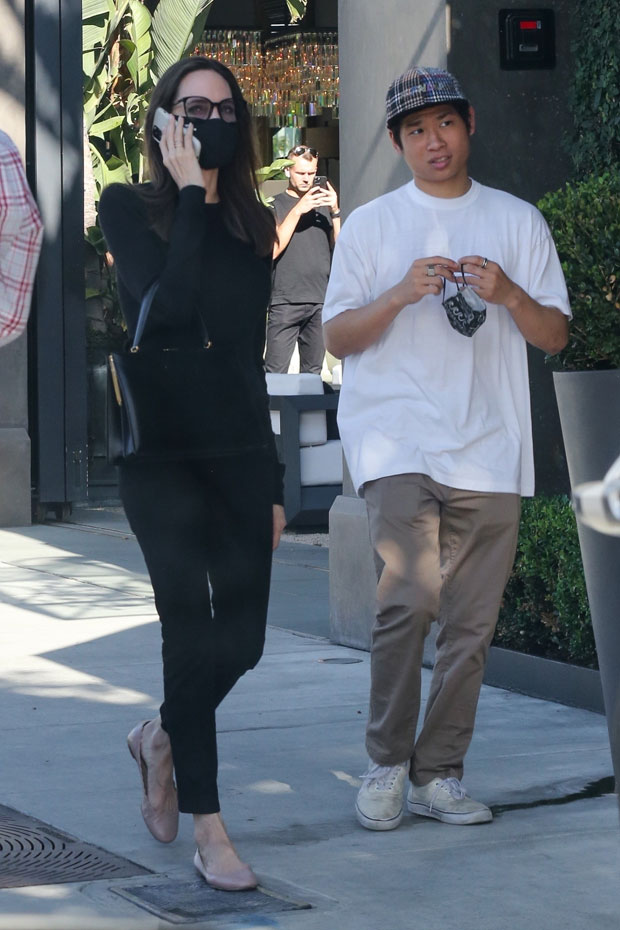 The Maleficent star allowed her brunette tresses to fall just below her shoulders, as she held onto a black leather handbag and a stack of paperwork. Meanwhile, Pax cut a casual figure in a white tee, trousers, and a multi-colored flat cap. Much like her mom, Zahara also stunned in a black ‘fit, featuring a sweater and jeans. As fans would know, Angie grabbed dinner with singer The Weeknd on June 30 at celeb hot spot Giorgio Baldi. It was reported by Page Six that the A-lister and the Super Bowl Half Time star, born Abel Tesfaye, spent hours dining with each other.

It is believed both stars are currently single, however the circumstances of the meeting remain unknown. Of course, Angelina is still embroiled in a court battle with her ex-husband Brad Pitt, with whom she shares her six children. Despite her legal woes, she’s been making sure to spent plenty of time with her kids, and even opened up recently about some of the struggled her kids have faced — particularly Zahara. 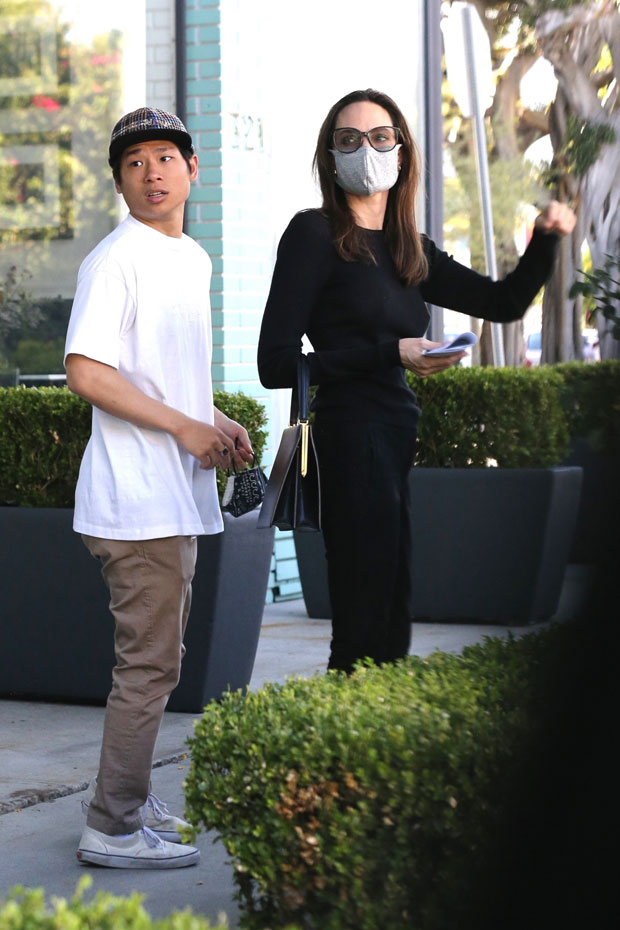 Angie revealed how racist structures in the health care industry have affected her children in a new article published in Time on June 23. “I have children from different backgrounds, and I know when there was a rash that everybody got, it looked drastically different depending on their skin color,” she explained. “But whenever I looked at medical charts, the reference point was always white skin.”