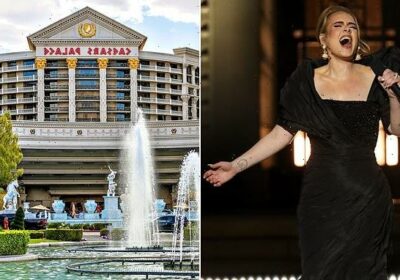 Free tickets to the hottest shows in town have long been a valuable perk handed to the biggest gamblers in Las Vegas.

But Adele has now barred these high-rollers from her concerts in one of Sin City’s largest casinos – to ensure all tickets go to genuine fans.

The Mail on Sunday understands that the singer successfully lobbied bosses at the Colosseum Theatre at Caesars Palace not to give away freebies to her upcoming residency.

The request is a further example of the power the London-born singer wields in the music industry, coming just weeks after she persuaded streaming service Spotify to hide a function that allowed album tracks to be played on shuffle rather than in the order musicians intended.

Banning the high-rollers will not provide Adele with any financial gain – but with ticket sales at a reported £37 million, that hardly matters.

‘Adele feels strongly about this and wants her fans to be able to watch her rather than having people get free tickets just because they spent lots of money in a casino,’ said an insider.

‘There is an element of ‘good for her’, but it has irritated some people at Caesars Palace who have long given tickets to concerts as a thank-you for high rollers.

‘A number of tickets get held back for each performance for the venue to give to their big spenders, but not for Adele – she isn’t prepared to tolerate this.’

Her tickets are in high demand following a massive media blitz to promote her new album, 30. Seats at two concerts at London’s Hyde Park in July are currently listed on resale sites, such as Viagogo, for as much as £15,000.

Adele is the latest musical superstar to take a residency at the Colosseum, which has 4,300 seats and previously played host to Elton John, Rod Stewart and Usher.

When she announced her three-month run there, she said tickets would be sold through Ticketmaster Verified Fan, which aims to thwart touts and ensure fans attend events at the price set by the artists by sending them a unique code.

Despite the eye-watering prices, the full run sold out within minutes of going on sale. Those attending the 24 shows between January 21 and mid-April will have to prove they have had two doses of a coronavirus vaccine and a negative Covid test.

Spotify’s decision to remove the shuffle button came after 33-year-old Adele tweeted: ‘We don’t create albums with so much care and thought into our track listing for no reason. Our art tells a story and our stories should be listened to as we intended.’ The streaming service replied: ‘Anything for you.’

Adele is dating sports agent Rich Paul after divorcing Simon Konecki with whom she has a nine-year-old son, Angelo. She broke chart records in October with her comeback single, Easy On Me.

During a promotional drive she became the first person to feature on the covers of the US and UK editions of Vogue in the same month. And she gave an interview to US talk show host Oprah Winfrey in which she attributed her dramatic seven-stone weight loss to an exercise regime prompted by ‘terrifying anxiety attacks’ following the collapse of her marriage. 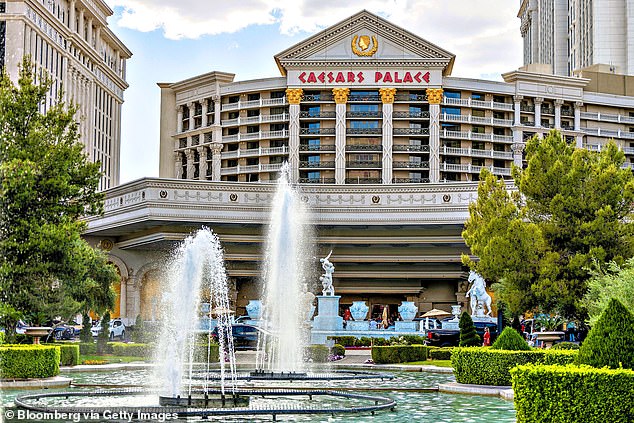 Adele is the latest musical superstar to take a residency at the Colosseum, which has 4,300 seats and previously played host to Elton John, Rod Stewart and Usher