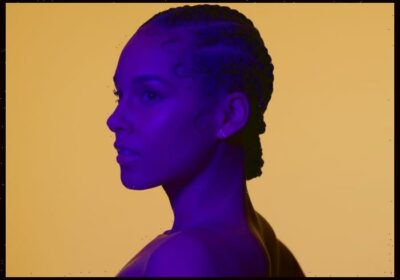 Alicia Keys has announced a new collab with rapper Swae Lee, titled “La La,” that will drop on September 9.

The “Truth Without Love” singer announced the song via the official cover art that was posted on her Instagram. “New music. Timeless vibes. #LALA 9/9,” she captioned the image, which showed a side view portrait of Keys with her wearing large gold jewelry.

In the comments section, Keys also wrote, “@mikewillmadeit feelings get lost in the #LALA,” tagging record producer Mike Will Made It.

Two days prior to this announcement, the singer had teased her fans with a preview of “La La.” “Light the incense / Not to mention / Skin like whiskey / She’s cold like on the rocks,” Lee could be heard singing in the clip.