Former footballer turned sports pundit Alex Scott has spoken out about her close bond with Strictly dancer and her partner on this series of Strictly Come Dancing. Their chemistry is undeniable onscreen, and she says this is because they simply get on so well.

Speaking to Hello! magazine she addressed their close working relationship.

She said that she had always dreamed of competing on the BBC show, and that she always wanted to be partnered with Neil out of any of the Strictly professional dancers.

She told the magazine: “I’m a huge fan of Strictly and have dreamt of being on it for years, so I’ve loved every minute. From the start, I told my friends I wanted to be with Neil.

She went on to say that that they “really got on” from the moment they first met. 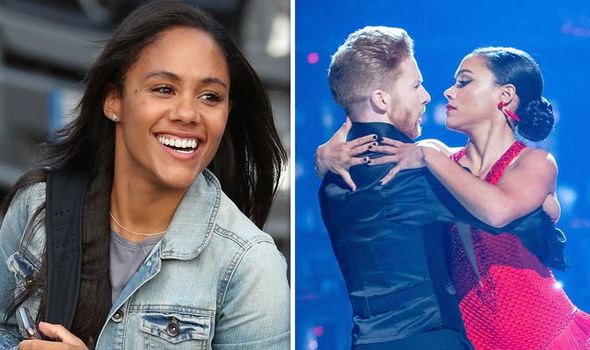 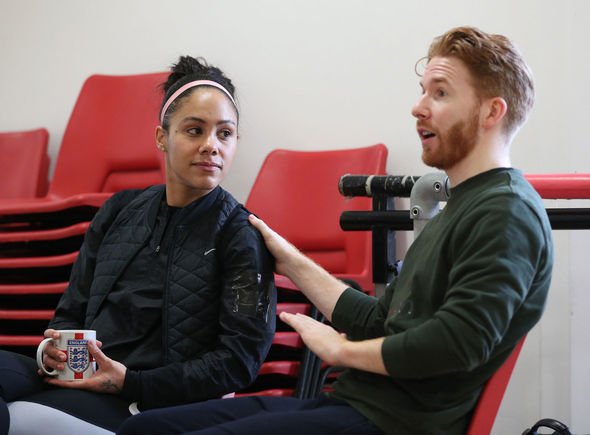 “The first time we met, we really got on and when we sat down and talked we had a real connection.”

Neil also gushed about his fondness for Alex and said that he had “lucked out” with her as his partner this year.

He said: “In the beginning I was just over the moon to have a partner, but I lucked out with Alex.

“She’s got her energy but she’s also really calm and I’m the same. Training sessions are like working really hard and being at a spa at the same time. 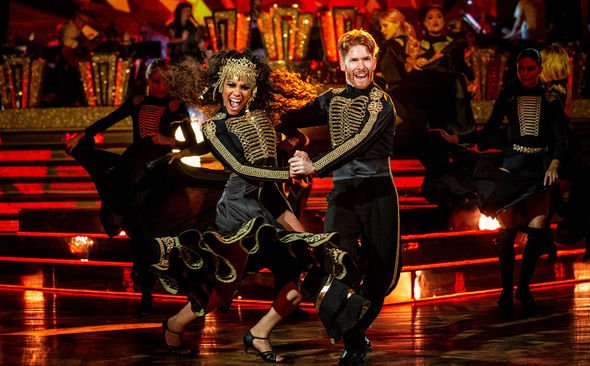 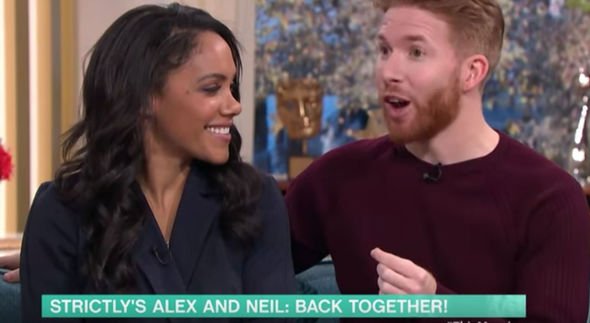 “You always want somebody who you can push and who wants to listen and learn, and in that way she’s the perfect student.”

Their close friendship has sparked rumours of a possible romance but Neil said that this is not the case.

He said that they are purely focused on trying to do their very best dance wise on the show.

He also explained that as he only announced his split from fellow Strictly pro and wife Katya Jones in August, a new relationship isn’t on his current agenda.

He continued: “There’s nothing on our minds but the show – we don’t have time to think about anything else.

“I’m single but I haven’t even thought about dating. Coming out of a long-term relationship I’m just focusing on Strictly.”

Last week’s Strictly saw the pair get tangled up with Neil’s microphone while performing the Argentine Tango.

At the time host Tessy Daly said: “a reyou stuck together? Ok, we have microphone malfunction or is it a sequin malfunction.”

Alex later addressed the mishap on Twitter and Neil followed up by laughing off the incident.

Alex tweeted: “Yes this did happen through the dance but we tried our best to carry on and still do the routine the best we could.”

Neil added: “Wow I know I know Argentine Tango should be passionate but that was so hot I kept getting stuck on. I hope you enjoyed our dance because I really want to keep teaching @alexscott2, I know she will keep improving. Feel free to vote.”

Strictly Come Dancing airs on Sunday at 7.20pm on BBC One.