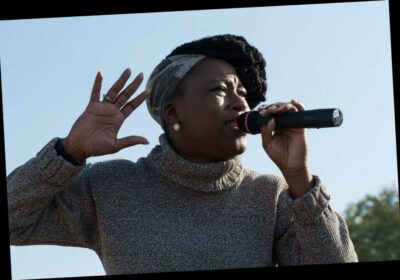 The activist appeared on Good Morning Britain on Monday to discuss Oprah Winfrey's explosive interview with Prince Harry and Meghan Markle, and in doing so she came face to face with Piers Morgan.

Morgan, of course, sided with the British monarchy to a fault. "What about the behavior of Harry and Meghan, who are spray-gunning his family on global television as [Prince Philip] lies in hospital?" Morgan bayed in a now-viral clip. "You might laugh, I don't think it's funny."

And oh, did Mos-Shogbamimu have a response …

"What I don't think is funny is the fact that you are such a disappointment. I wish to God one day you even surprise me. You constantly use your platform as a wealthy, white, privileged man with power and influence to aggravate and escalate the bigoted sexist, racist, and misogynist attacks on Meghan Markle. And you do it so shamelessly."

Mos-Shogbamimu continued to lay down the law, questioning why Queen Elizabeth wouldn't protect her own family from racist media coverage and telling Morgan, "The royal family is an institution rooted in colonialism, white supremacy, and racism. The legacy is right there. So you're now surprised that a comment would have been made by several members of the royal family about how dark Archie's skin is … You're more outraged that Harry and Meghan had the audacity to speak their truth than you should be at the actual outrage of racism."

After interrupting many, many times, Morgan finally said, "I think what you just said about the queen is disgusting."

Without missing a beat, Mos-Shogbamimu replied, "You are disgusting!"