Aaliyah’s Uncle Avoids R. Kelly’s Trial for Bringing Back ‘Too Many Bad Thoughts’ 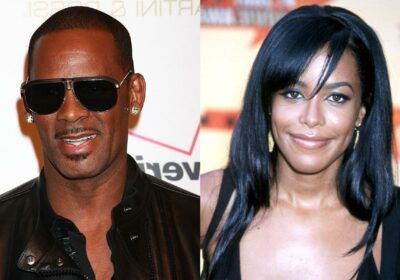 Barry Hankerson opens up on his initial reaction to the abuse his star niece suffered at the hands of the ‘I Believe I Can Fly’ singer and explains why he steers clear of the trial.

The producer was responsible for introducing his young relative to Kelly before they collaborated on her debut album. The pair then embarked upon a relationship – which began when Aaliyah was 15 and Kelly was 27 – and are even reported to have been planning to marry in secret.

Aaliyah died in a plane crash in 2001 when she was just 21 years old and, during an interview on the “Rickey Smiley Morning Show“, Hankerson spoke about his initial reaction to reports of Kelly’s sexual misconduct.

“To be very honest with you, of course, I was upset,” he stated. “I had to really, really consider what my actions would be.”

While he considered getting revenge, Hankerson eventually turned to his religion to help him through.

“I found out, I wasn’t a hardcore criminal. I couldn’t kill nobody,” he explained. “So, I took it, I’m a Muslim, and I went to Minster Farrakhan and we just prayed about it, resolved ourselves to let God handle him. I think that’s what’s going on. Ain’t no sense in two lives getting destroyed.”

Details of the relationship between Kelly and Aaliyah have been emerging in part during Kelly’s racketeering trial in New York, with a former tour manager for the “I Believe I Can Fly” singer testifying that he paid a government worker for a false ID to help put plans in place for a marriage.

Prosecutors have alleged that Kelly was pushing to marry Aaliyah because he thought it would prevent her from having to testify against him.

And while Kelly’s trial has been garnering headlines around the world, Hankerson has done his utmost to steer clear of any news surrounding the legal battle.

“It’s just too emotional for me,” he said. “It just brings back too many bad thoughts for my whole family. He impacted my whole family, you know. It’s just a bad thing.”