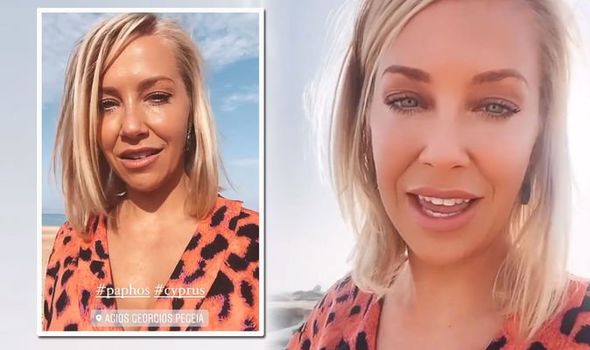 TV presenter Laura Hamilton is currently in Cyprus filming scenes for the new series of A Place In The Sun. On her first day of filming, the 38-year-old star, who regularly documents her trips on Instagram, took to the social media site to give fans an update and revealed that she had only slept for three hours the previous night.

As it’s half term in the UK, the mum-of-two was able to take her children Rocco, six, and Tahlia, five, to the Mediterranean island with her, but informed fans that they were not the cause of her restless night.

On Monday morning, Laura, who shares her kids with husband Alex Goward, spoke directly to her followers via an Instagram Story.

“I’m in Pathos this week, in Cyprus, and oh my word, last night I had about three hours sleep,” She told her 106,000 followers.

“Nothing to do with Rocco and Tahlia because they were asleep when I left for work this morning,” the television star continued. 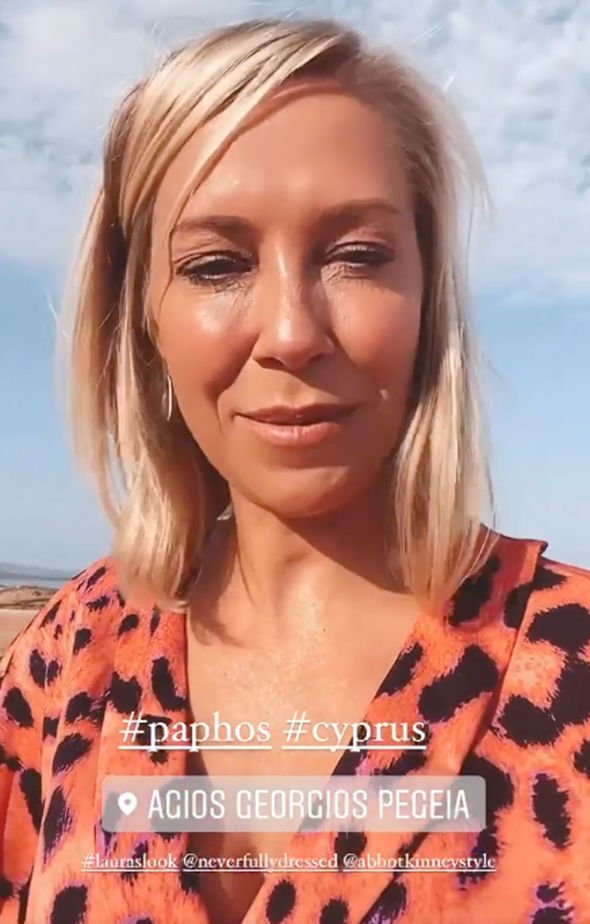 “I do not know what was going on,” she then exclaimed.

Opening up about the cause of her sleepless night, the Channel 4 star went on to say: “I was paranoid about the alarm not going off this morning.

“I woke up about 3am which is 1am UK time, because there is a two hour time difference, and then I couldn’t get back to sleep.”

When Laura’s alarm went off first thing in the morning she had only managed to get about three hours sleep. 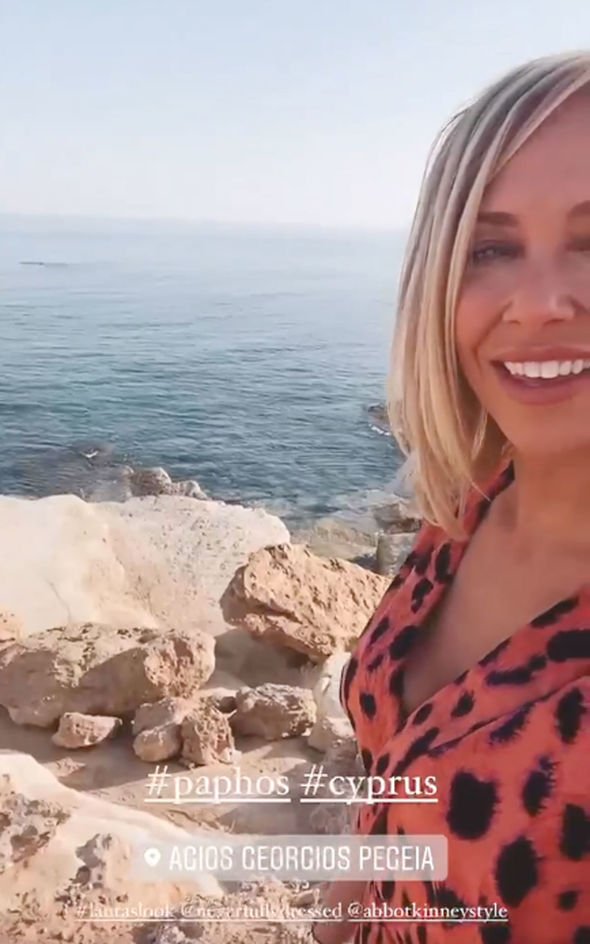 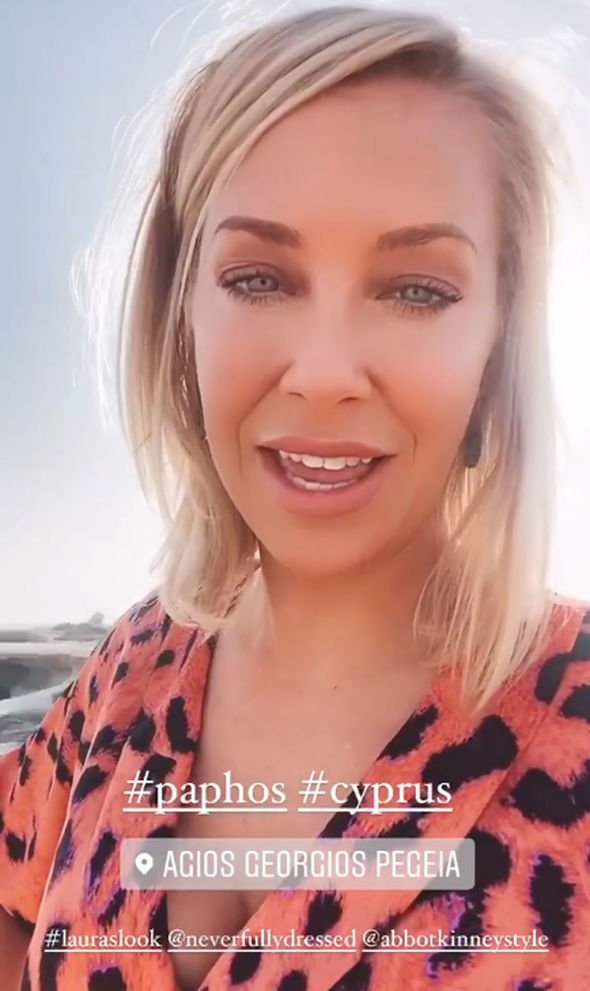 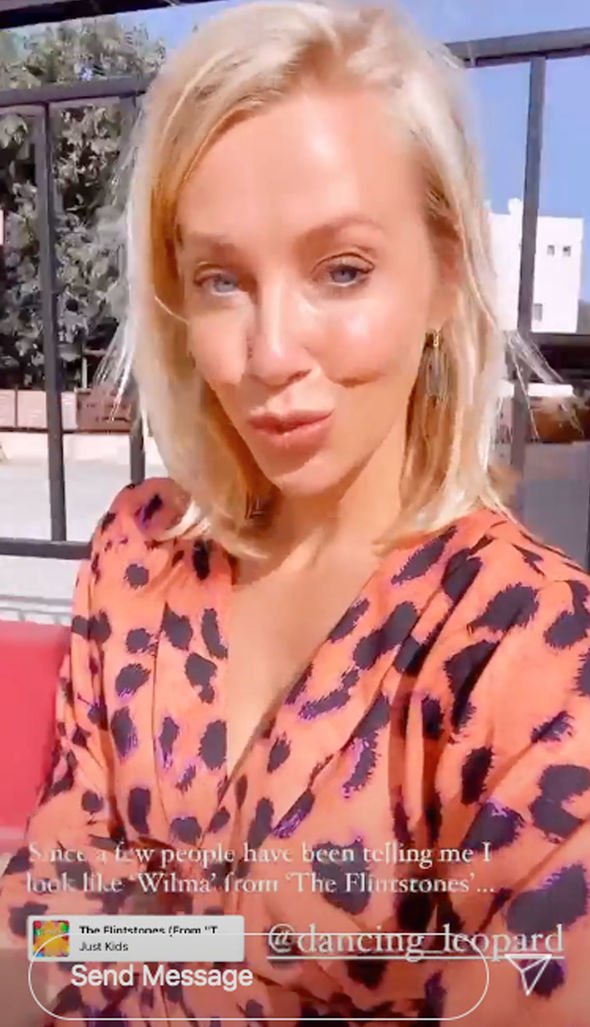 Despite the lack of sleep, the TV presenter still managed to look radiant for the day of filming ahead.

She wore her blonde tresses loose around her shoulders and enhanced her natural good looks with make-up in pink tones.

Laura was sporting a leopard print wrap dress in a vibrant shade of orange in the social media footage.

A short while later, the beauty returned to the picture-sharing with a silly clip of herself after fans messaged her to say she looked like Wilma from The Flintstones TV show.

She could be seen dancing to the theme tune of the programme while showing off her outfit.