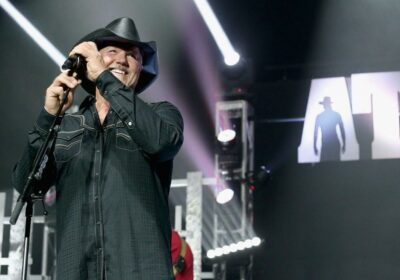 Country music stars are coming together for a special night of celebration! To commemorate the occasion, some of the most respected names in the genre will hit the stage at this year’s 14th Annual Academy of Country Music Honors ceremony.

The ACM revealed the full line-up of the artists who will be performing at the history Ryman Auditorium in Nashville, Tennessee, during this year’s show, including the last four acts to be announced — Trace Adkins, Ronnie Dunn, Alan Jackson and Brittney Spencer.

Some of the other A-list performers who will hit the stage for the big show include Lauren Alaina, Devin Dawson, Jessie Jo Dillon, Sara Evans, Nicolle Galyon, Chris Janson, Jamey Johnson, Toby Keith, Lady A, and Ashley McBryde.

The big show will be doling out special honors to some of the big winners from the 55th and 56th Academy of Country Music Awards, as well as special honorees and recipients — including Joe Galante and Rascal Flatts, Lady A and Ross Copperman, Luke Combs,  Dan + Shay and Toby Keith, among many others.