2 Chainz, TeeFLii and DJ Mustard Sued for Ripping Off '24 Hours' from Robin S. 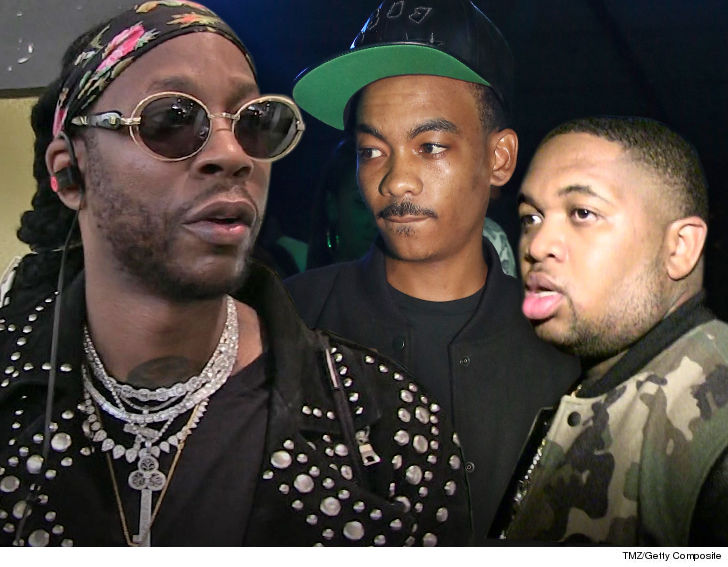 2 Chainz and TeeFLii straight-up jacked Robin S.‘s club banger to make their sexed up track, “24 Hours” … according to her songwriters.

The 3 songwriters to Robin’s “Back It Up” are going after the L.A. singer and ATL rapper, claiming “24 Hours” — TeeFLii’s 2014 debut song, featuring 2 Chainz — is practically the exact same song with very few differences.

In docs, obtained by TMZ, the songwriters claim “Back It Up” is an uptempo song while “24 Hours” is the same music with slight modifications and a slowed down beat. Take a listen and judge for yourself.

“Back It Up” is on Robin S.’s 1993 album “Show Me Love.” “24 Hours” came out 21 years later on TeeFLii’s album “Starr” and it’s enjoyed astronomical success on various platforms … including YouTube and Spotify — with over 25 million views and 26 million streams.

Translation: It’s made a lot of money, and the “Back It Up” writers want their cut.

They’re not only suing Chainz and TeeFLii — they’re also going after “24 Hours” producers DJ Mustard and DJ Ketchup. Yes, Ketchup AND Mustard together on that track!