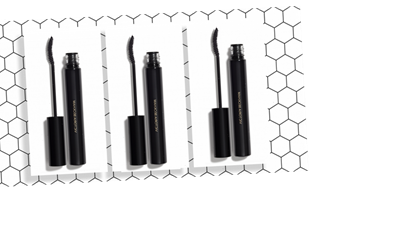 The latest addition to Victoria Beckham Beauty is Future Lash Mascara – but is it any good? Here’s how the beauty team got on when they tried it.

Anything Victoria Beckham touches seemingly turns to gold, especially where her make-up range is concerned. Her eponymous range first launched in September 2019 and since then it’s gone from strength to strength.

The initial drop included a range of eye products, and not long after lip liners joined the collection, too. Then, at the beginning of 2020 it was announced that VB had joined forces with Augustinus Bader, a renowned stem cell scientist, and together they were creating a capsule collection of effective skincare rooted in science. Next came lipsticks, and now the time has come for the brand to launch mascara, which is, apparently, the most-requested product from customers.

Future Lash Mascara, £26, is available to buy now and in the words of Beckham herself: “We nailed it with Future Lash. The perfect mascara is something I’ve had in my head since day one, and to create my own, I wanted to reimagine what I needed from the ground up. It’s a clean formula, with plant-based polymers, for ultra-black, fluttery lashes, and unlike anything I’ve tried. It’s an instant essential, it’s that good.”

High praise indeed – but what exactly makes it so special? Not only does it claim to be ‘ultra black’ but it also strengthens lashes over time, as well as promising smudge-proof, all-day wear. It’s also not a nightmare to remove, as the brand says it’s 100% removable with just warm water. Ingredients include shea butter to nourish and condition lashes, niacinamide to prevent breakage and panthenol, which works to help hydrate.

In theory, it sounds like VB has nailed it once again – and has proven that she’s a true beauty lover. But how did the Stylist beauty team fare when they tried it ahead of launch? Here are their honest thoughts, along with the all-important before and after pictures…

The first thing that surprised me about VB’s new mascara was the brush. I normally go for mascara’s with big, beefy brushes that give mega lashes, but this one is small and somewhat understated.

Tiddly though it may be, it’s certainly powerful. It gives incredible separation and length and the formula itself isn’t in the slightest bit clumpy. I also love the clever curvature of the bristles, which mimics the arc of the lash line, helping to catch every single lash each time you pull the brush through.

If you haven’t worn mascara since March, then I’d say this is your perfect re-entry point.

There’s nothing that gets me more excited than a new mascara launch, and as somebody who’s fully obsessed with VB, I was obviously buzzing when I heard about this launch.

First impressions were good: not only do I like a small, plastic wand but I also love ‘tubing’ mascaras (they’re the ones that never smudge but also disappear with a bit of hot water) and so this automatically ticked both my boxes. However, I think it’s important to note that I don’t usually like mascara on the first go – I prefer them after they’ve been open a few days, when they’ve dried out a little bit. There’s nothing worse than a formula that’s too wet, am I right?

I didn’t curl my lashes because of the lifting claims this product had and I regret that: despite the small brush making it easy to coat lashes from root to tip, I think adding a slight curl would have levelled things up a bit more. As far as the actual formula goes, I approve: it’s nice and black, it doesn’t clump, it adds length and separates easily. If you’re looking for something to add volume, however, this probably isn’t the product for you.

As promised, though, it didn’t smudge and it was a breeze to remove at the end of the day. The chic, trademark VB packaging that we’ve all come to know and love also makes me like it more, because yes, I am that shallow. It’s a 10/10 from me.

When I took the wand out of the tube, I was surprised by the shape of the brush – but in a good way. It has a sleek curve to it that looked like it would be perfect for hugging lashes, particularly those shorter, hard-to-grab ones. I always start on my bottom lash line. For me, this is where things tend to get smudgy and so I like to get the (usually) messy part out of the way first. Sure enough, the curved brush was brilliant at coating each and every small lash – but with zero smudging. A major plus for me.

I started to load up my top lashes with mascara and was impressed by how much curl and length it gave them straight away. Honestly, I don’t think this picture even does it justice. The black formula gave them definition and I was able to achieve my idea of the perfect lash curl with just a few coats without a lash curler in sight.

The only downside? As it’s a tubing formula, it’s meant to easily slide off with warm water but after a rainy lunchtime walk, I came back home to mascara bits lining my face mask. So, while it gives lashes a perfect curl and lots of definition, I wouldn’t recommend wearing it when it’s wet outside, though here’s hoping for more exciting social gatherings that I can wear this mascara to in the near future instead.