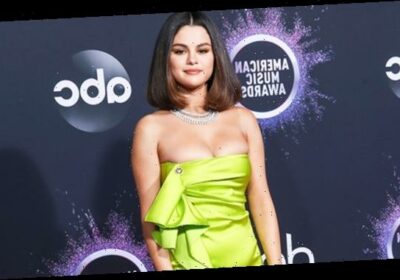 This may be proof that Selena Gomez can pull off just about ANY hairstyle! The singer posed in a pastel, multicolored wig for new Instagram pics.

Selena Gomez looked quite different in new photos shared by hairstylist, Evanie Frausto, on Feb. 3! The 28-year-old completely changed up her hairstyle for the pics, wearing a rainbow-colored wig, which had bangs and was styled in loose waves. She also wore an expensive-looking Louis Vuitton coat, and of course, a protective face mask due to the coronavirus.

It’s unclear why exactly Selena was wearing the bold wig. Some fans have speculated that it might be for an upcoming project, while others wondered if it was just for a night out with friends. Selena is currently in New York City, where she’s been filming her show, Only Murders In The Building, which comes out later this year.

She’s also set to star in the film In The Shadow Of The Mountain, where she’ll play a gay woman named Silvia Vasquez-Lavado. The film will follow Silvia’s journey to climb the Seven Summits, or the highest mountains on each of the seven continents. “Selena wants to make a turn in her career,” a source explained to HollywoodLife EXCLUSIVELY. “She wants to do more serious roles.” This is definitely a step in the right direction!

In addition to taking on new acting projects, Selena is also continuing to focus on her music. After releasing her last album, Rare, in Jan. 2020, Selena spent her coronavirus quarantine working on recording Spanish music. This has been something that she’s wanted to do for a while, and the down time in 2020 finally allowed her the chance. Selena has already released two Spanish language songs — “De Una Vez” and “Baila Conmigo” — and her EP, Revelacion, is due out on March 21.

Plus, Selena also has her cooking show, Selena + Chef, on HBO Max, and her makeup line, Rare Beauty, which has been her passion project for quite some time. Needless to say, her schedule is pretty jam-packed these days, but we love that she’s still making time to have fun with her goofy rainbow wig moment!