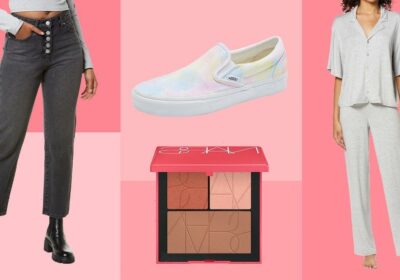 The Nordstrom Anniversary Sale is the biggest shopping events outside of Black Friday, so you know the deals are good. For weeks, only Nordy Club members and Nordstrom cardholders had early access, but now the sale is wide open. We’ve been shopping since the beginning and we’ve picked out the best deals under $50 that we’re actually excited about to share with you.

This is the sale fashion and beauty editors have been waiting for all year. And when a sale as big as the Nordstrom Anniversary Sale comes along, sometimes there are just too many amazing deals. Luckily for you, the ET Style editors have spent hours digging deep into each and every category to find you not only the best items, but the best deals on a budget. We’ve found deals perfect to prep for going back to school, for getting back into the office or stepping out on campus. There are discounts on fall fashion, activewear,luxury home goods, beauty and a whole lot more. Don’t forget, as soon as this year’s sale ends, these items return to their regular prices, so be sure to fill your cart with deals from your favorite brands while you can.

The Nordstrom Anniversary Sale runs from July 28 through August 8, and trust us when we tell you these deals will go FAST. So take advantage of the shopping work we’ve done — OK, we admit, it was fun — and jump right into these deals.