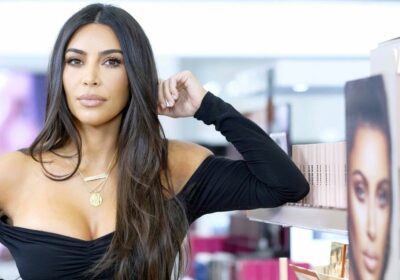 While Kim Kardashian West is temporarily shutting down KKW Beauty in order to focus on a full relaunch, a source tells ET that this has nothing to do with her recent split from husband Kanye West.

“Kim Kardashian has been working on rebranding KKW Beauty, but not to drop [the W] West from the company,” the source says. “Kim wanted a fresh update with new formulas, packaging and website that highlighted all her products.”

In fact, the source discloses that “Kanye even helped Kim with the rebranding, including the name and packaging.”

The source adds, “The rebranding will take Kim’s brand to the next level.”

Last week, Kim broke the news that KKW Beauty would be shutting down for the time being. “To our loyal customers, It all started with a contour kit and expanded to eyes, lips, body, and many incredible collections over the past four years,” the statement read in part. “On August 1st at midnight we will be shutting down the KKWBeauty.com site so that we can come back to you under a completely new brand with new formulas that are more modern, innovative, and packaged in an elevated and sustainable new look.”

The mother of four launched the line in 2017, and later sold 20 percent of her KKW Beauty company to Coty for $200 million. While the deal was announced in 2019, it wasn’t finalized until January of this year.