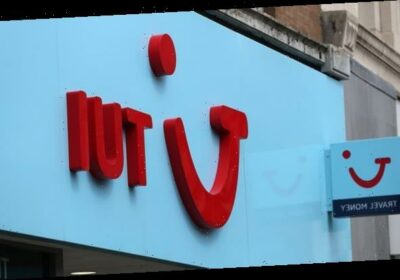 Holiday firm TUI has announced it will be closing a further 48 retail stores across the UK.

It comes as the government announced travellers will face £5,000 fine for going abroad on holiday without ‘reasonable excuse’.

The UK’s biggest tour operator said the travel industry and the high street ‘are both facing unprecedented pressure’ due to the coronavirus pandemic.

All 273 employees affected by the decision will be offered new roles in other locations, the company confirmed. 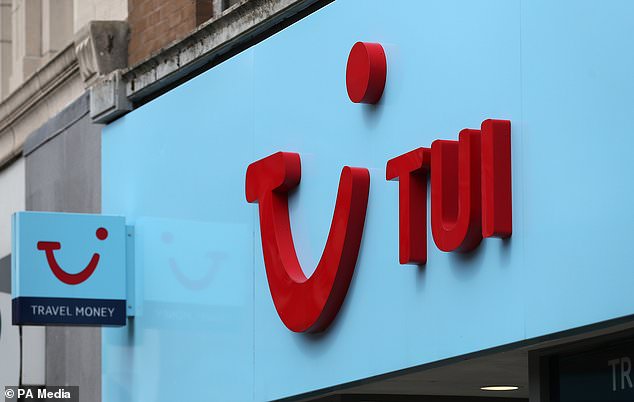 Holiday giant TUI has announced it plans to close a further 48 retail stores across the UK. Picture: Stock

It comes after TUI announced in July last year that 166 shops closed due to the virus crisis would not reopen, which was nearly a third of its total.

The firm is not publishing a list of the latest potential store closures.

But it issued a statement which read: ‘We want to be in the best position to provide excellent customer service, whether it’s in a high street store, over the telephone or online, and will continue to put the customer at the heart of what we do.

‘It is therefore imperative that we make these difficult cost decisions and do our best to look after our colleagues during such unprecedented uncertainty. 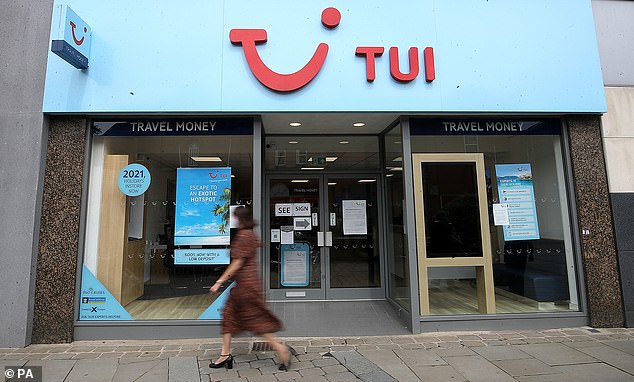 ‘We believe Covid-19 has only strengthened a change in purchasing habits, with people looking to buy online or wishing to speak with travel experts from the comfort of their own home.

‘We have world class travel advisors at Tui, so we hope many of them will become homeworkers and continue to offer the personalised service we know our customers value.’

The travel industry has been badly hit by Government restrictions and the collapse in demand during the pandemic.

When the closures were announced in July, TUI said that it would seek to move 70 per cent of the 900 staff affected by the closures to homeworking sales and services roles. 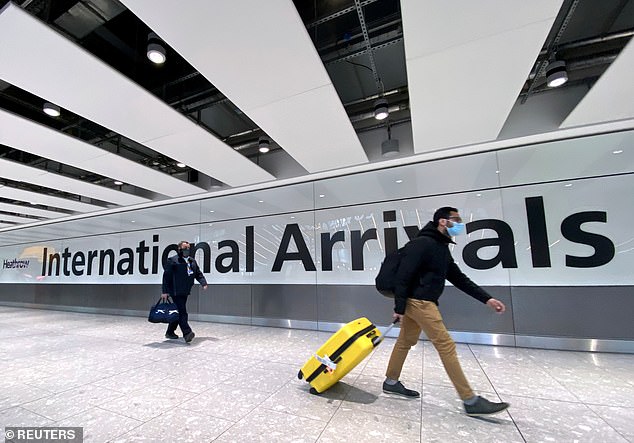 The travel industry has been badly hit by Government restrictions and the collapse in demand during the pandemic. Pictured: Heathrow

It also said it would aim to relocate other employees in the remaining high street stores.

It announced it would cut 8,000 roles worldwide after posting losses of £747million in 2020 compared to £255million in the same period last year.

TUI is unable to send people from the UK on holiday due to lockdown restrictions.

So what IS a reasonable excuse to leave the UK?

The £5,000 fine, set out in legislation laid in the Commons yesterday, is on top of the previously announced £200 fine for not filling out a travel declaration form on reasons for leaving the country.

The foreign travel ban does not apply to those going to the common travel area of the Channel Islands, Isle of Man and the Republic of Ireland unless that is not the final destination.

Travellers face a £5,000 fine for going abroad on holiday when a ban on leaving the UK without ‘reasonable excuse’ comes into force on Monday.

The threat of fines has been extended until the end of June, making foreign summer holidays look increasingly unlikely as a third wave of coronavirus sweeps across Europe.

And France is likely to be added to a ‘red list’ of countries requiring hotel quarantine by the end of the week.

Health officials are increasingly concerned by a surge in cases of the South African Covid variant across the Channel.

A senior minister even suggested the whole of the Continent could be put on the red list because of the botched vaccine rollout.

Quarantine-free holidays may not be possible until August, killing off hopes of trips abroad until late summer.

A ‘traffic light’ system is under consideration, allowing travel to ‘green’ countries without the need for quarantine on return.

Government sources stressed however that no decision has yet been made.

The revelation comes amid warnings from Boris Johnson about a third wave of coronavirus currently sweeping across Europe – which could ‘wash up on our shores’.

The travel ban does not apply to those going to the common travel area of the Channel Islands, Isle of Man and the Republic of Ireland unless that is not the final destination.

Exemptions also apply including for those needing to travel for work, study, for legal obligations or to vote, if they are moving, selling or renting property, for some childcare reasons or to be present at a birth.

Other reasons include to visit a dying relative or close friend, to attend a funeral, for those getting married or to attend the wedding of a close relative, for medical appointments or to escape a risk of harm.