Paedophile, 43, is jailed for 10 years for sexually assaulting baby Paedophile, 43, is jailed for 10 years for subjecting 14-month-old girl to sexual assault that left her needing surgery for ‘most severe’ injuries that one doctor had ever seen

A paedophile who left a baby girl severely injured after sexually assaulting her before trying to blame her mother has been jailed for 10 years.

Alan Kusz, 43, attacked the 14-month-old in her family home in Kilwinning, North Ayrshire, Scotland, in April 2018.

The High Court in Glasgow heard how Kusz claimed her mother was responsible for the injuries, which a doctor described as the ‘most severe’ they had ever seen.

Kusz, who was known to her mother, said he found the girl ‘screaming in pain’ while visiting the property.

But he was convicted of the assault in Glasgow last month and returned to court in Edinburgh today for sentencing following psychological reports. 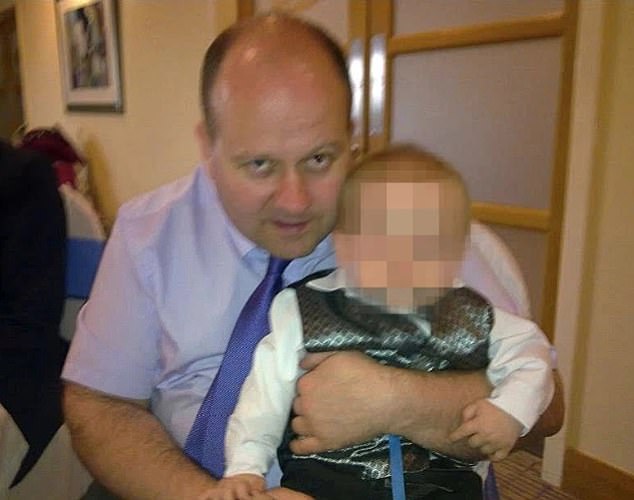 Alan Kusz, 43, pictured, was jailed for 10 years today for sexually assaulting a 14-month-old baby girl leaving her with injuries a doctor described as the ‘worst they had ever seen’

Judge Lord Armstrong said Kusz had ‘limited awareness and empathy’ over the pain he caused the ‘vulnerable’ victim and criticised him for continuing to deny any wrong doing.

He said: ‘The author of the report suggests that you lack insight into your offending and that you present a significant risk of re-offending of a similar serious nature.

‘Society has an abhorrence of such conduct and it is the responsibility of the court to reflect what. Young and vulnerable children are all entitled to care and protection.

‘It is important that those who might be disposed to commit crimes of sexual abuse against children, in the way that you did, understand that they are likely to receive significant custodial penalties once brought to justice.’

At proceedings earlier this year, the court heard how the ‘world came crashing down’ for the child’s mother after her daughter was left badly injured on April 9, 2018.

In her speech to jurors, prosecutor Lisa Gillespie said: ‘There was her obvious upset when she described what she saw.’

The court heard how the youngster ended up needing surgery and a paediatrician said the injury was the ‘most severe’ he had ever seen.

Kusz was later arrested and DNA linked him to where the attack took place.

The court heard that the child had recovered from surgery but that it was ‘difficult’ to say what the future holds for her.

The court heard that the assault on the girl has affected her continuing development.

Lord Armstrong added: ‘It is clear that your actions have had a massively negative effect on her ongoing development and that she exhibits the manifest consequences of her resulting physical and emotional trauma.

‘The sentence which I now impose on you, commensurate with my public duty, is one of a period of imprisonment for 10 years.’