Motorist slapped with parking ticket while being treated by paramedics Motorist, 49, is slapped with parking ticket while being treated by paramedics in an ambulance for a suspected heart attack

A 49-year-old driver was slapped with a parking ticket while he was getting emergency treatment in an ambulance for a suspected heart attack.

Graham Lewis, from Leominster, Herefordshire, was handed the fixed penalty notice while being looked after by paramedics inside an ambulance – which was parked right next to his car.

Mr Lewis had been told to stop his car as soon as possible by an NHS 111 call handler after developing pains under his arms while driving home.

He pulled into Dishley Street car park in Leominster where he was told by operators he could not drive any further. 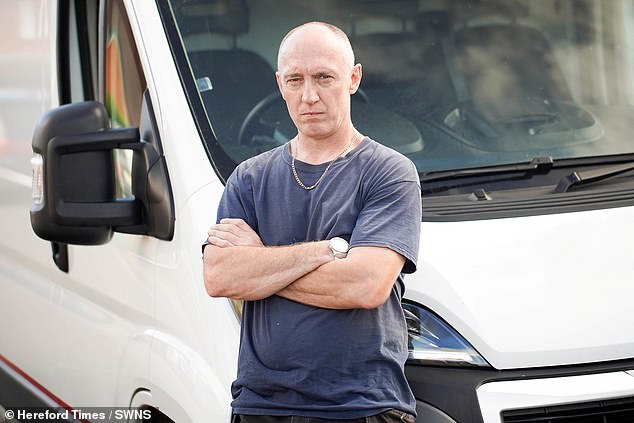 Graham Lewis, 49, was issued a parking ticket in Leominster, Herefordshire, while being treated for a suspected heart attack in an ambulance on August 31 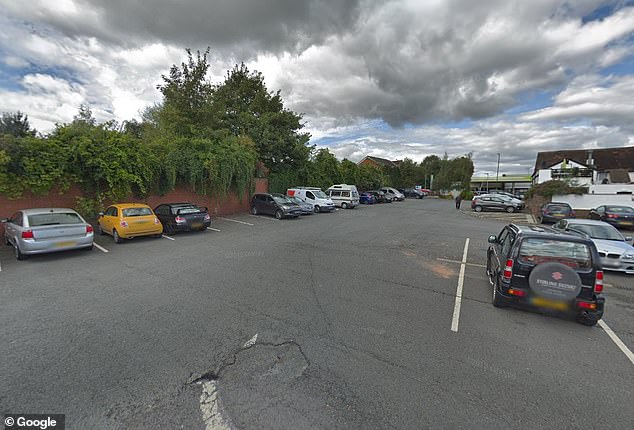 Mr Lewis was told by an NHS 111 call handler to pull over as soon as possible after developing pains under his arms, so he parked in nearby Dishley Street car park (above)

Mr Lewis had to wait for an ambulance to arrive and paramedics then ran an ECG to check his heart.

One of the NHS staff then told him that a parking fine had been placed on his windscreen while he was being treated.

Mr Lewis said the discovery of the ticket sent his blood pressure ‘through the roof’ before he was taken to Hereford County Hospital as a precaution.

Mr Lewis said: ‘The ambulance came and got me in the back and they’d done the ECG and a few other tests.

‘I was trying to phone the other half to say I had to go to hospital as she didn’t know what was going on.

‘I couldn’t get hold of her in the ambulance so I stepped outside and as I’m on the phone the ambulance lady turns around and said I’d got a ticket.

‘Rightfully enough there was a ticket on my screen.

‘The ambulance was parked across the corner of the vehicle, there’s no way they couldn’t see the ambulance.’

Mr Lewis, who had not had a heart attack, argued the parking warden should have checked the ambulance or used common sense before issuing the fine on August 31. 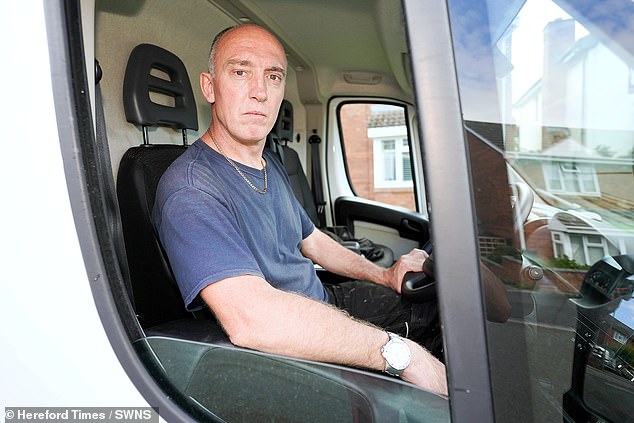 The window engineer, who had not had a heart attack, said his blood pressure went ‘through the roof’ after being given a parking fine – despite the ambulance being parked next to his car 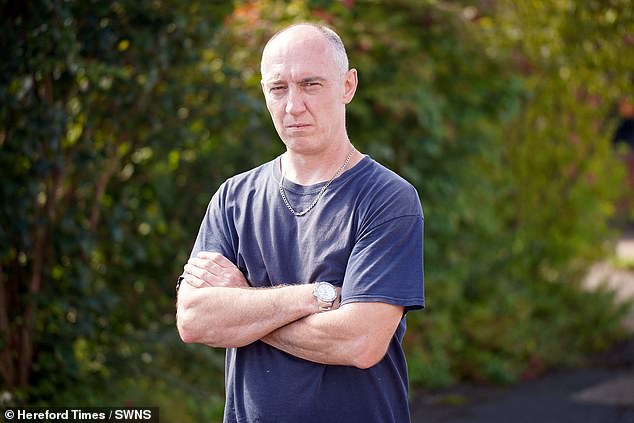 The window engineer added: ‘I nearly passed out because I was that stressed in the ambulance.

‘Then my blood pressure went through the roof pure and simply because I’d seen a ticket on my car.

A spokesperson for Herefordshire Council said: ‘Our parking enforcement officers saw no indication that the driver of this vehicle was inside the nearby ambulance, which had no lights on and its doors closed.

‘It would not be appropriate for an officer to knock on an ambulance door and potentially interrupt medical professionals.

‘Cases such as these are the reason there is an appeals process in place, and we encourage anybody who has received a penalty charge notice as a result of a medical emergency to contact us through the appeals process.’