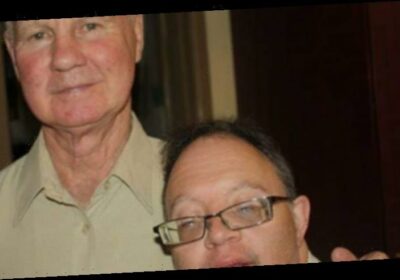 Melbourne Health, one of Victoria’s major health service providers, has been fined $340,000 over a patient’s suicide, for a safety breach a judge said could easily have been prevented.

Peter Nolan, 75, took his own life on September 23, 2013, two days after his admission to a Broadmeadows mental health unit which sits under the Melbourne Health umbrella. 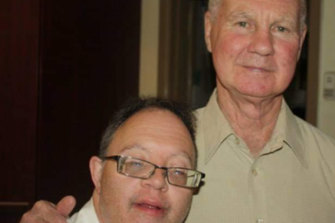 Peter Nolan (right), who died in a Broadmeadows mental-health unit in 2013, with one of his sons, Peter Nolan jnr.

Despite him being assessed as a high risk of suicide after three earlier attempts to end his life, a worker at the mental health unit left in Mr Nolan’s room a physical risk to his safety and other staff failed to remove the object.

Mr Nolan’s wife and daughter saw the risk during a visit two days before he used the object to end his life.

Mr Nolan’s family regarded him as a kind, caring and outgoing man who loved his family, sport and helping others. His mental health rapidly declined in his final months but his family believed the father of nine would have been safe in the unit.

Nursing staff were required to check Mr Nolan every 15 minutes, the County Court heard, but the two nurses working on the morning he died were busy with other patients in the 19-bed unit, including one man who had gone outside.

Judge Amanda Fox on Friday convicted and fined Melbourne Health over its failure to remove the risk from Mr Nolan’s room given his vulnerable state.

“It was clearly visible, represented an obvious risk and could have been easily, cheaply remedied,” Judge Fox said of the risk.

She said staff audited rooms for safety risks, but an “over-familiarity” meant there was a high likelihood of Mr Nolan using the object to end his life. The safety breach was “most grave” and led to an “utterly tragic and preventable incident”.

“Peter Nolan, at a place where he should have been safer, was able to take his own life,” Judge Fox said.

“The impact on his family has been profound.”

Melbourne Health, which provides health services to more than one million Victorians, pleaded guilty to failing to ensure persons other than employees were not exposed to risk. It had faced a maximum fine of $1.3 million.

Coroner Peter White in 2017 found the risk in Mr Nolan’s room “unwittingly increased the possibility” of his death. That finding and a push by Mr Nolan’s family prompted WorkSafe to reopen its investigation into Melbourne Health, which ultimately led to its prosecution.

One of Mr Nolan’s sons, who preferred not to be named, said the investigations into his father’s death had been “difficult and enormous” and thanked WorkSafe, prosecutors and the judge.

“We feel like we can finally look at some closure and lay Dad to rest, because up until now that’s been impossible,” the son said.

But he said the family believed Melbourne Health should face further investigation over the suicides of two women who died in a similar manner to Mr Nolan.

In 2009 an 18-year-old woman, referred to in a coroner’s report as TK, took her own life while staying with Orygen Youth Health. Coroner Paresa Spanos found part of TK’s room posed an unacceptable risk to her safety.

Ms Spanos also investigated the 2012 death of CB, who died at another Broadmeadows psychiatric unit, and found staff failed to do a risk assessment of the 27-year-old’s room and failed to appreciate the decline in her mental state.

Judge Fox acknowledged Melbourne Health had a good corporate record, pleaded guilty early, had addressed safety concerns in its units and audited them more rigorously, and had apologised to the Nolan family. It had also compensated the family financially.

The judge said employers were obliged to protect staff and others from safety risks, especially those who couldn’t identify risks themselves.