A unsuspecting jellyfish was sent swirling in a cyclone of water after getting caught in a bubble ring.

Oscar Diez Rodellino, 18, from Cervera, Spain, had been diving on the Balearic island of Ibiza when he decided to send a bubble ring through the warm waters.

Mr Rodellino, who swims for Club Natació Cervera in Spain, watched in awe as the jellyfish collided with the pocket of air and was sent spinning uncontrollably. 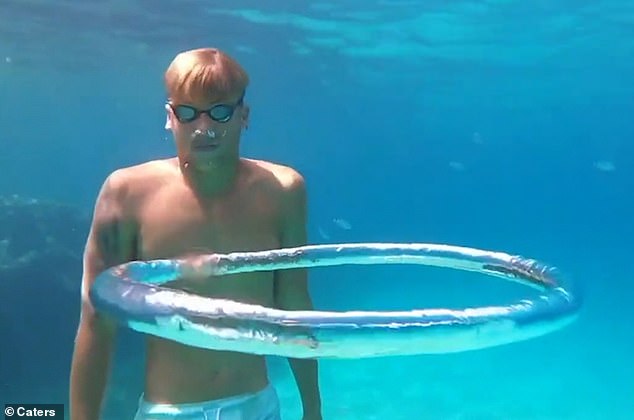 Oscar Diez Rodellino, 18, from Cervera, Spain, watches in awe as a jellyfish collides with the bubble ring 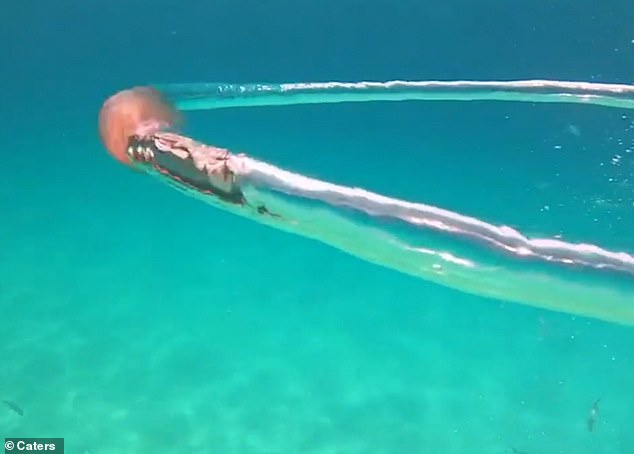 Bubble rings are a form of vortex that are formed when trapped air from the seabed, or more usually a diver’s breath, is released in a ring shape at a depth of at least 1.5 metres.

The silver doughnut of swirling fluid is created when water pressure at the bottom of the bubble is greater than at the top.

The difference in pressures squeezes the bubble and forms a hole in the middle.

Water circles back down and around the air which creates the ring shape.

As the water passes through, the ring begins to circulate and forms a vortex in the water.

During the clip, Mr Rodellino rises from the seabed and watches as the jellyfish swims into his bubble ring.

The sea creature is unable to escape from the underwater vortex and continues spinning before eventually breaking free.

Mr Rodellion said: ‘It was really awesome. It was something incredible to see live.’

Bubble rings are a form of vortex that occur in water when trapped air from the seabed, or more usually a diver’s breath, is released in a ring shape.

The swirling fluid travels through the water by spinning in the same way a smoke ring does.

In order for the bubble to occur, the water pressure at the bottom of the ring must be greater than that at the top – this squeezes the bubble until the bottom meets the top and creates a hole through the middle.

The water then circles back down and around the ring and creates a vortex underwater.

As the ring rises with speed, smaller creatures like jellyfish can be sucked into the vortex and spin.

Jellyfish are also susceptible to being spun around in strong waves and currents, although it is believed the animals have strong navigation capabilities and a good sense of direction. 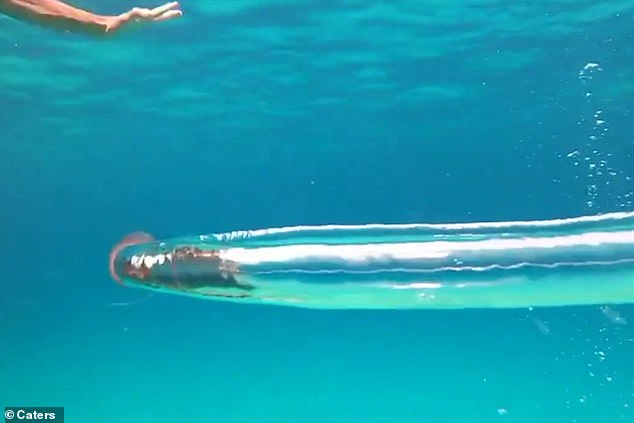 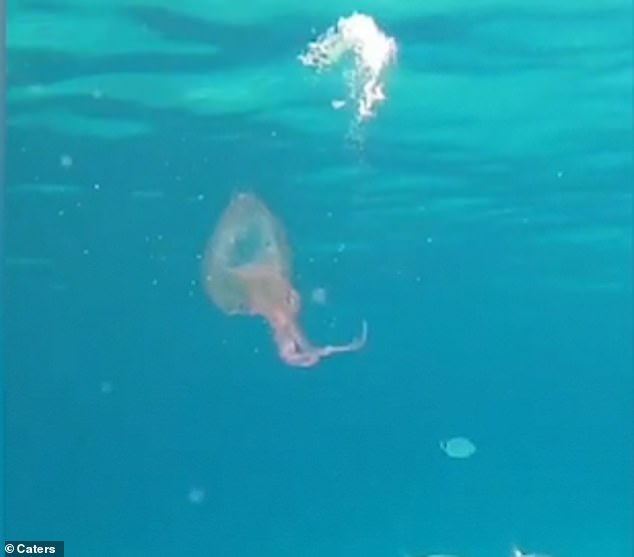