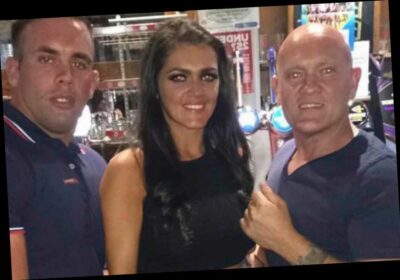 The heartbroken father of a UK woman who died during a Brazilian butt lift procedure in Turkey has reportedly been found dead — with relatives saying he “never got over” the sudden death of his daughter.

Leah Cambridge, a 29-year-old mother of three, flew to Turkey in 2018 to undergo the enhancement surgery after she saved up the equivalent of about $9,000, according to The Sun.

But things took a tragic turn when she suffered three heart attacks and died of a fat embolism during the operation, the news outlet reported.

Now, in another terrible twist, her father, Craig Cambridge, who had posted regularly about the loss, was found dead Monday by his other daughter. The cause of death was unclear.

“Rest in peace Craig Cambridge, one top bloke,” Leah’s husband Scott Franks wrote Tuesday. “I’ll never forget all the times you was there for me. We all love you so much, take care of Leah now mate.”

A West Yorkshire police spokesman said “there were no suspicious circumstances” surrounding her father’s death and that the “Coroner’s Office has been informed.”

A relative said Cambridge “never got over the death” of his daughter.

“He has been struggling with her loss. We are devastated, but at least now he is together with his Leah again,” the family member said.

Leah, a beautician, traveled to Izmir to undergo the procedure at the Elite Aftercare clinic, The Sun reported.

“Hi guys I’ve just arrived at Elite Aftercare and I’m very excited to let you know what I’m having done soon — so keep watching,” she wrote at the time.

Surgeons at Elite Aftercare say the surgery, which involves taking fat from the waist or stomach and inserting it in the buttocks, is safer than other procedures because it uses the body’s own fat rather than silicone implants.

The company said in a statement to The Sun that the clinic is “responsibly run,” adding that “as such, it takes its responsibilities extremely seriously.”