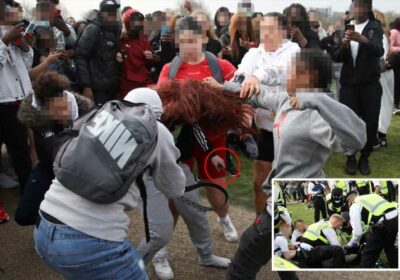 A GIRL of 15 was stabbed yesterday in a "Weed Day" brawl as hundreds of pot smokers hit Hyde Park for a "420 event".

The violent scuffle saw a group of young women grappling with each other, as one appears to hold a knife. 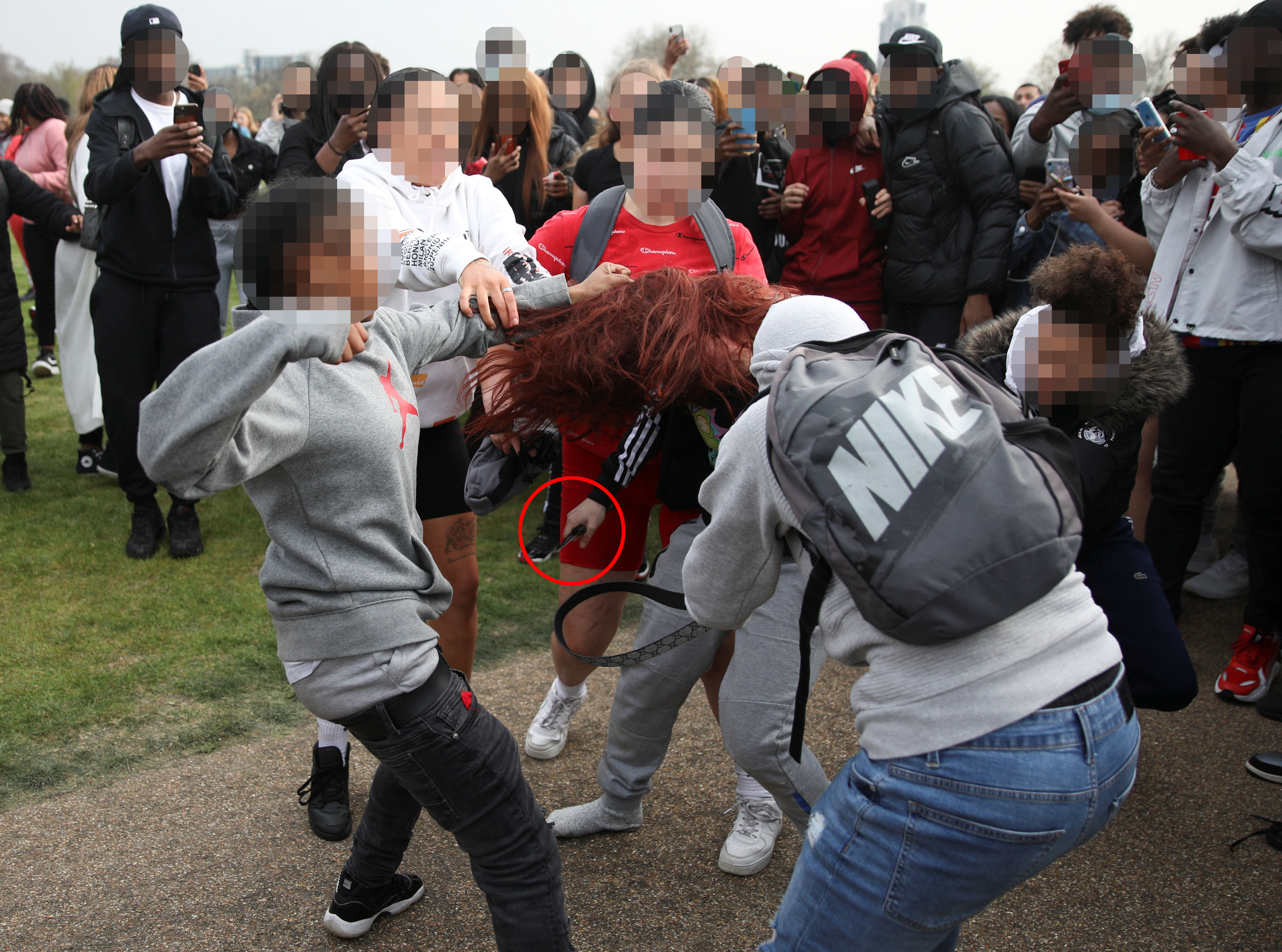 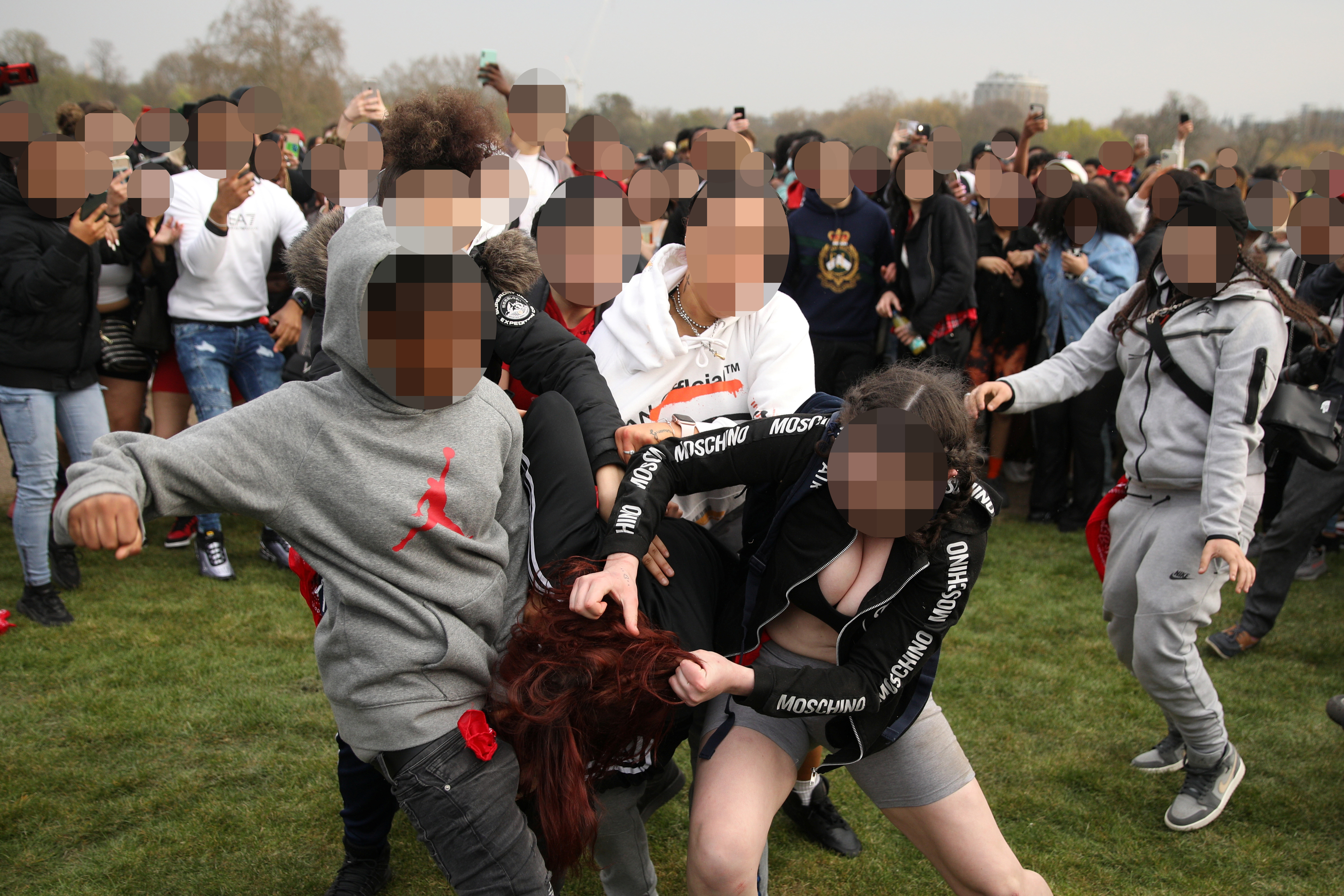 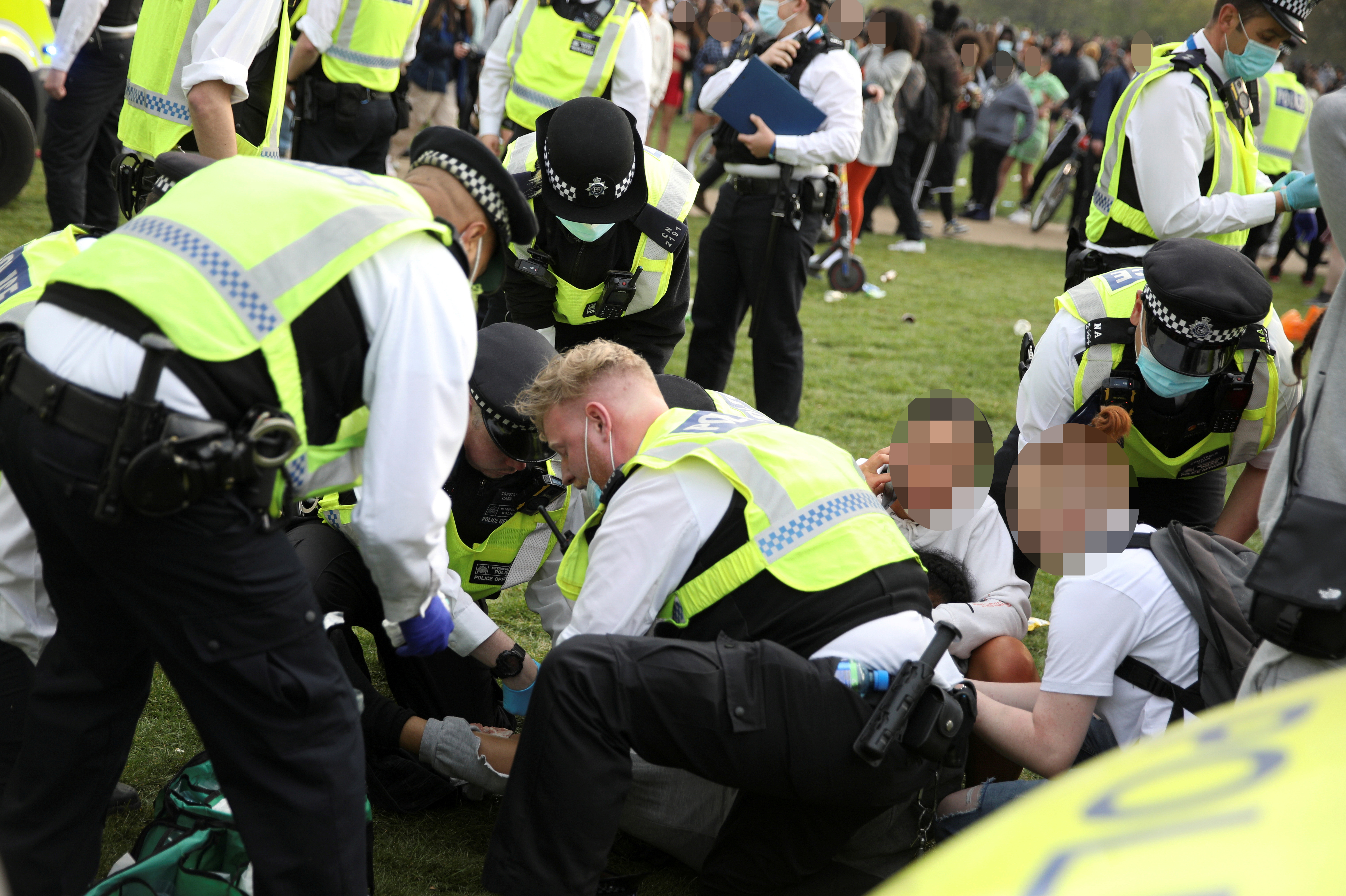 A crowd surrounded the gang as the group landed kicks and punches, before cops broke up the brawl and found the teenager with a stab wound in the leg.

Officer performed first aid on the injured youngster before she was taken to hospital for treatment on non life-threatening wounds.

In a statement the Metropolitan Police said: "A number of people are likely to have seen what happened.

Hundreds of people had packed into the central London park to demand marijuana is decriminalised.

It is not clear if this group was part of the demos, as Brits flocked to the busy park.

Police officers were seen patrolling the park which was full of joyous locals enjoying “Weed Day” – which falls on April 20 every year.

But youngsters were left to gather in large groups to smoke together with some wearing marijuana-themed sunglasses and hats. 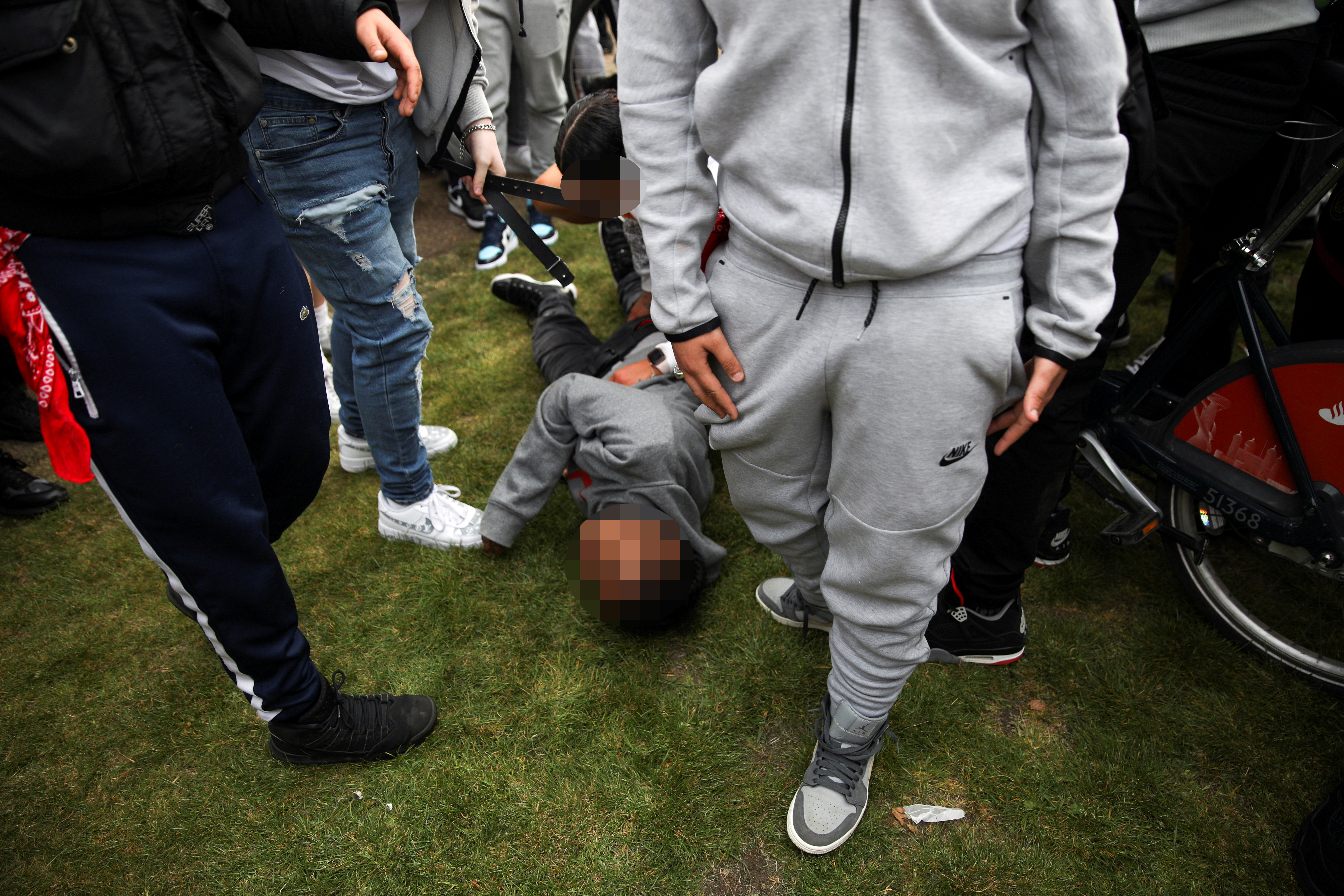 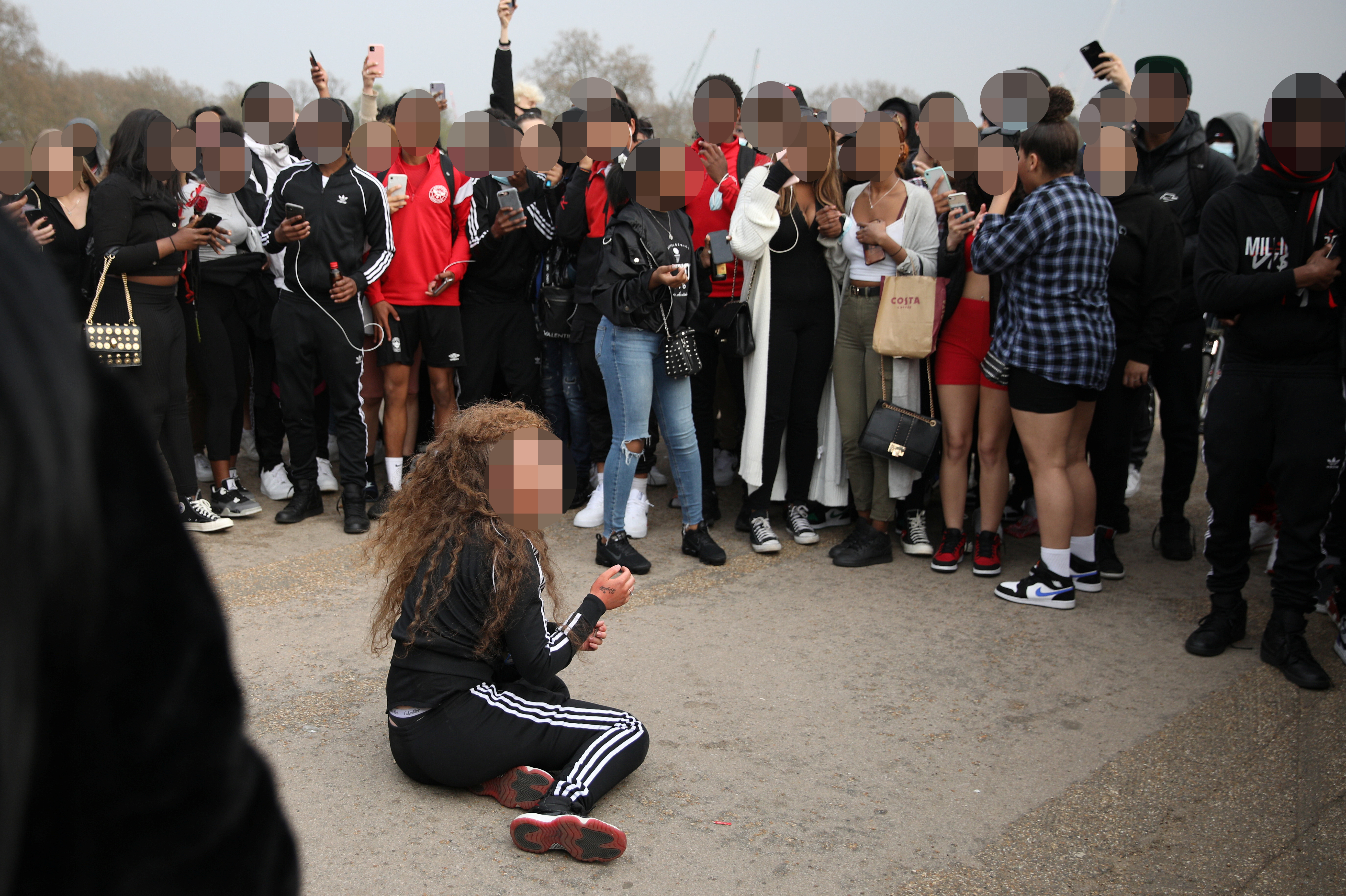 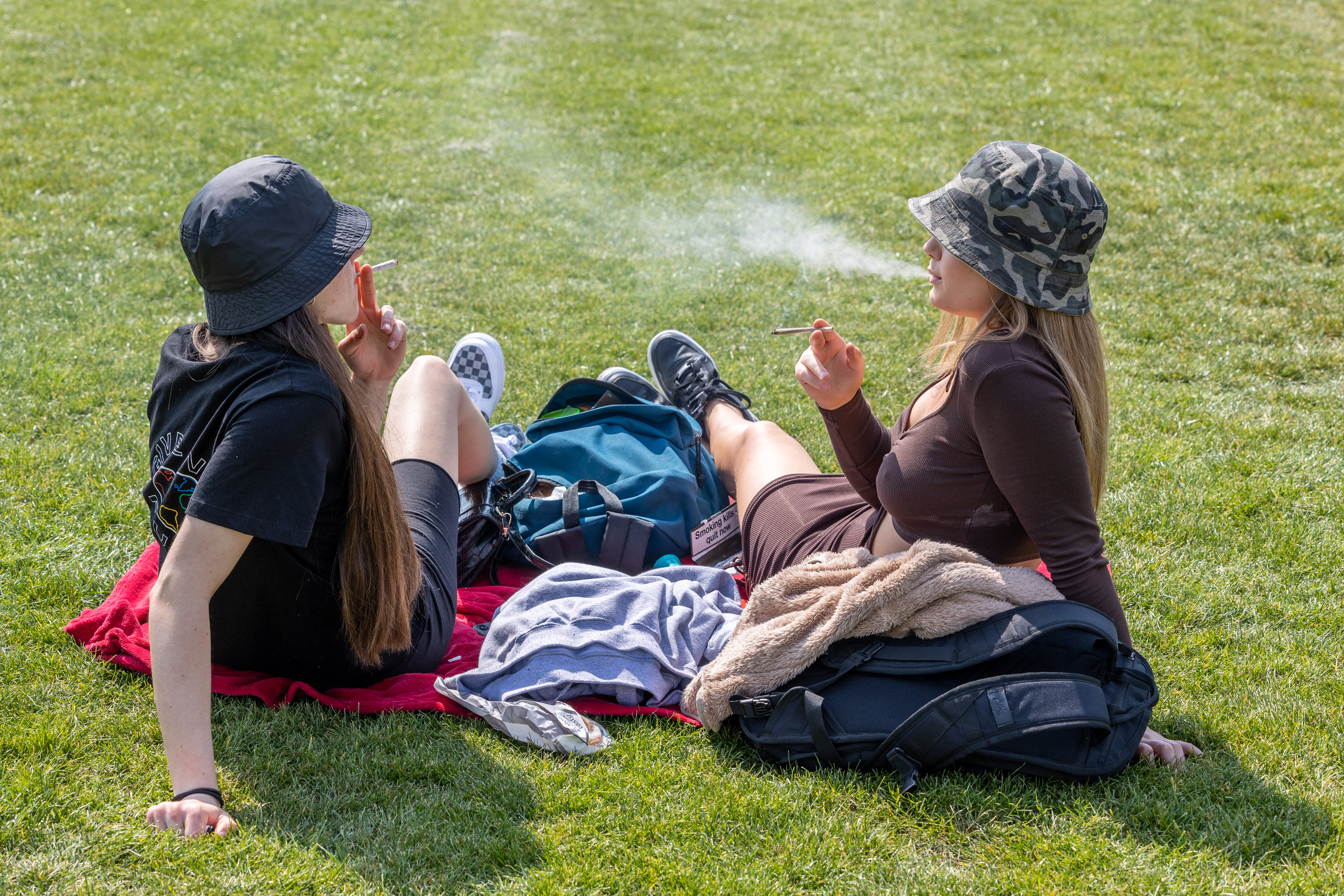 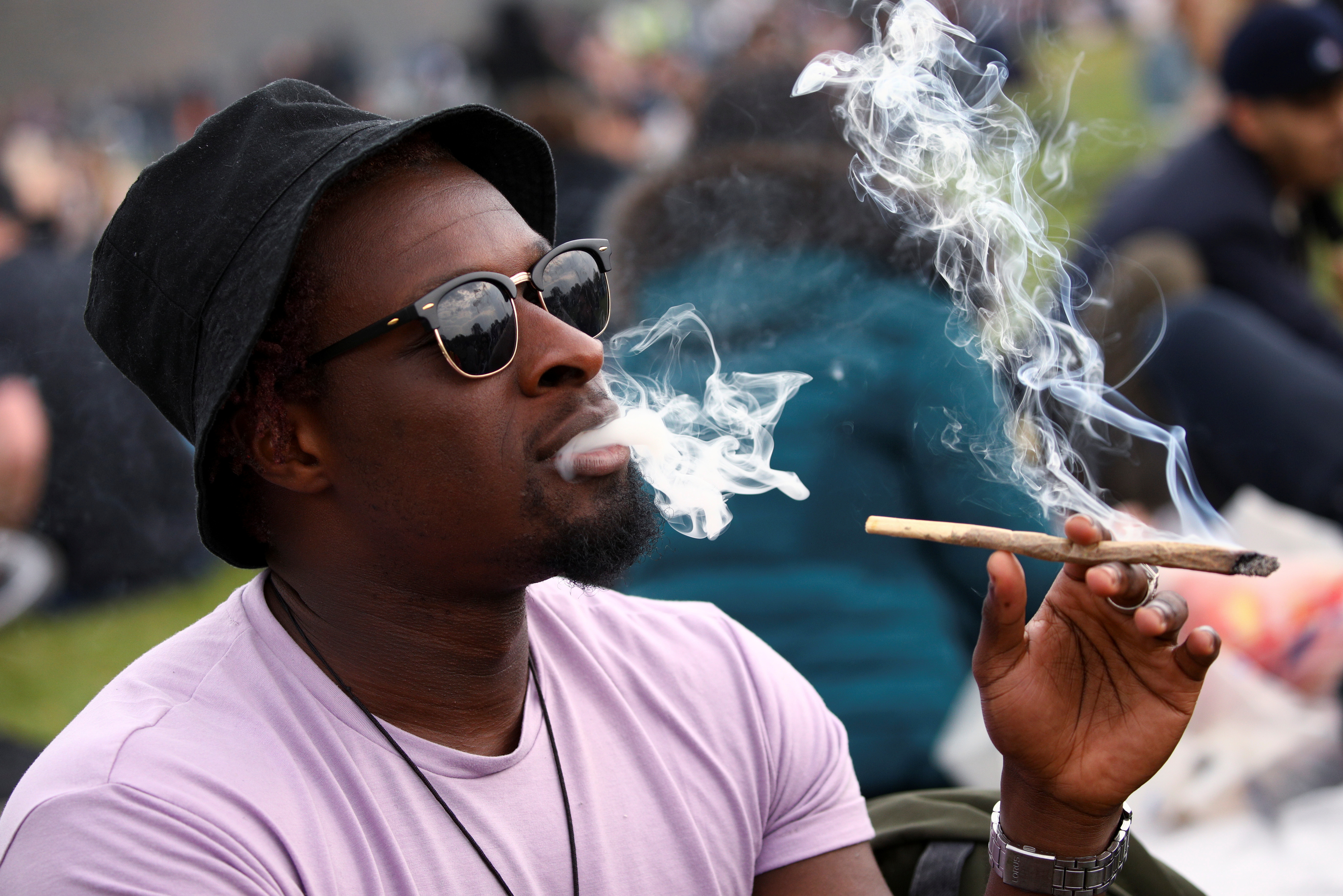 Every year, April 20 is dubbed “420 day” as in the US calendar the date is written as 4/20 – and the digits have become synonymous with cannabis culture.

In the US, 33 states have legalised the drug with a doctor's recommendation.

It is a day half of celebration and half a call to action – calling for the decriminalisation of the drug.

However, this theory has been discredited as the digits are linked to trespassing offences.

Many believe that 420 culture first stemmed from the San Rafael High School in California. 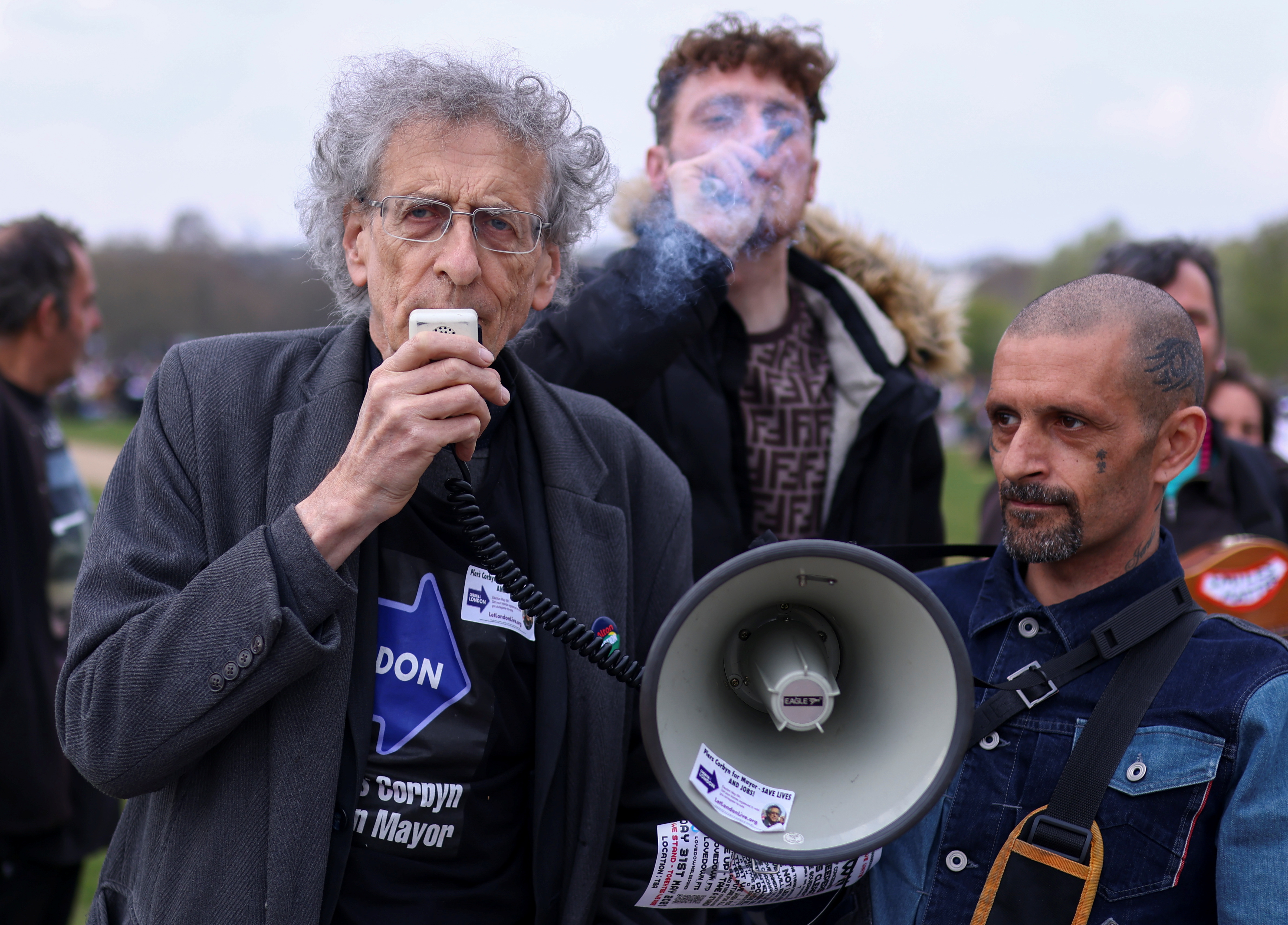 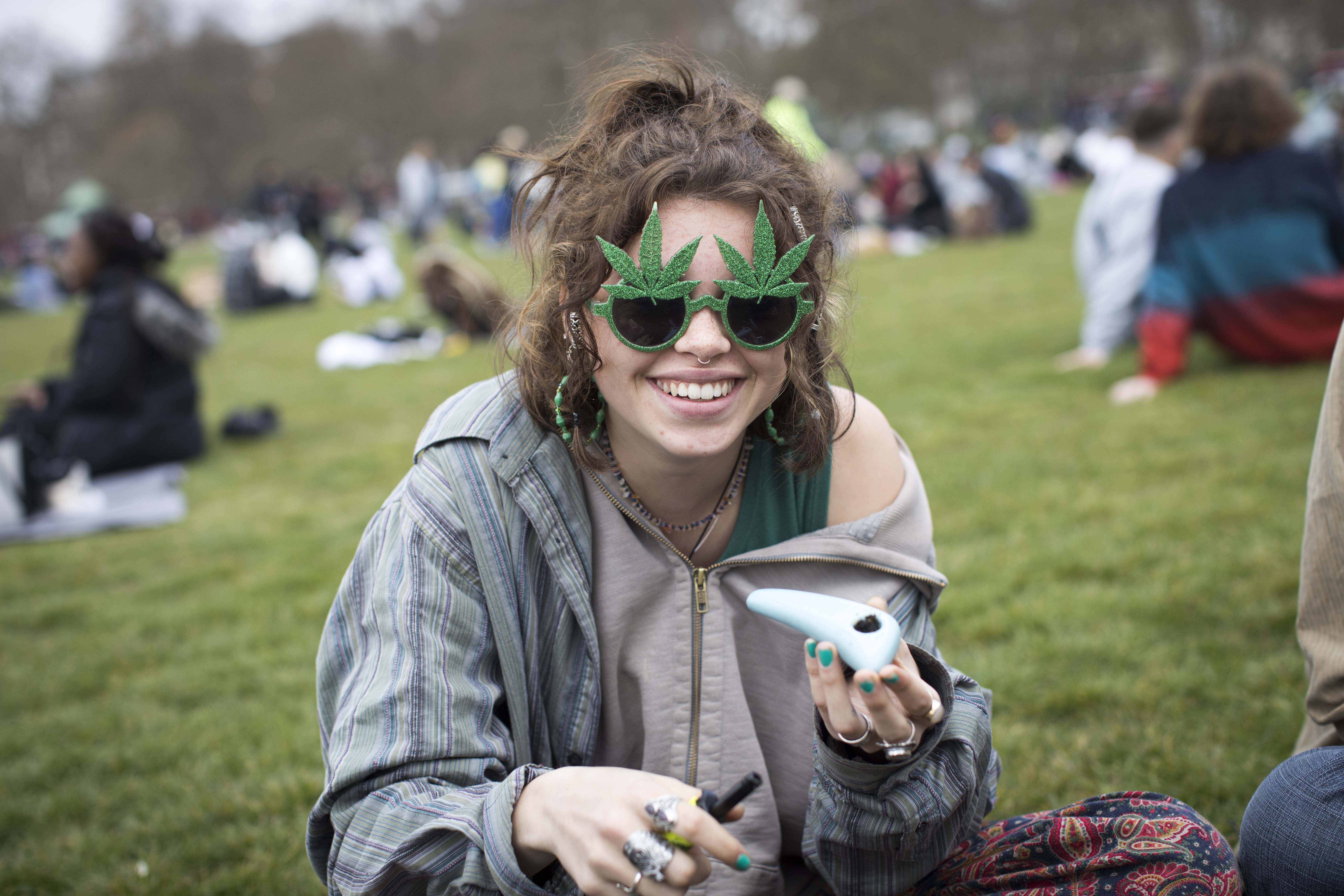 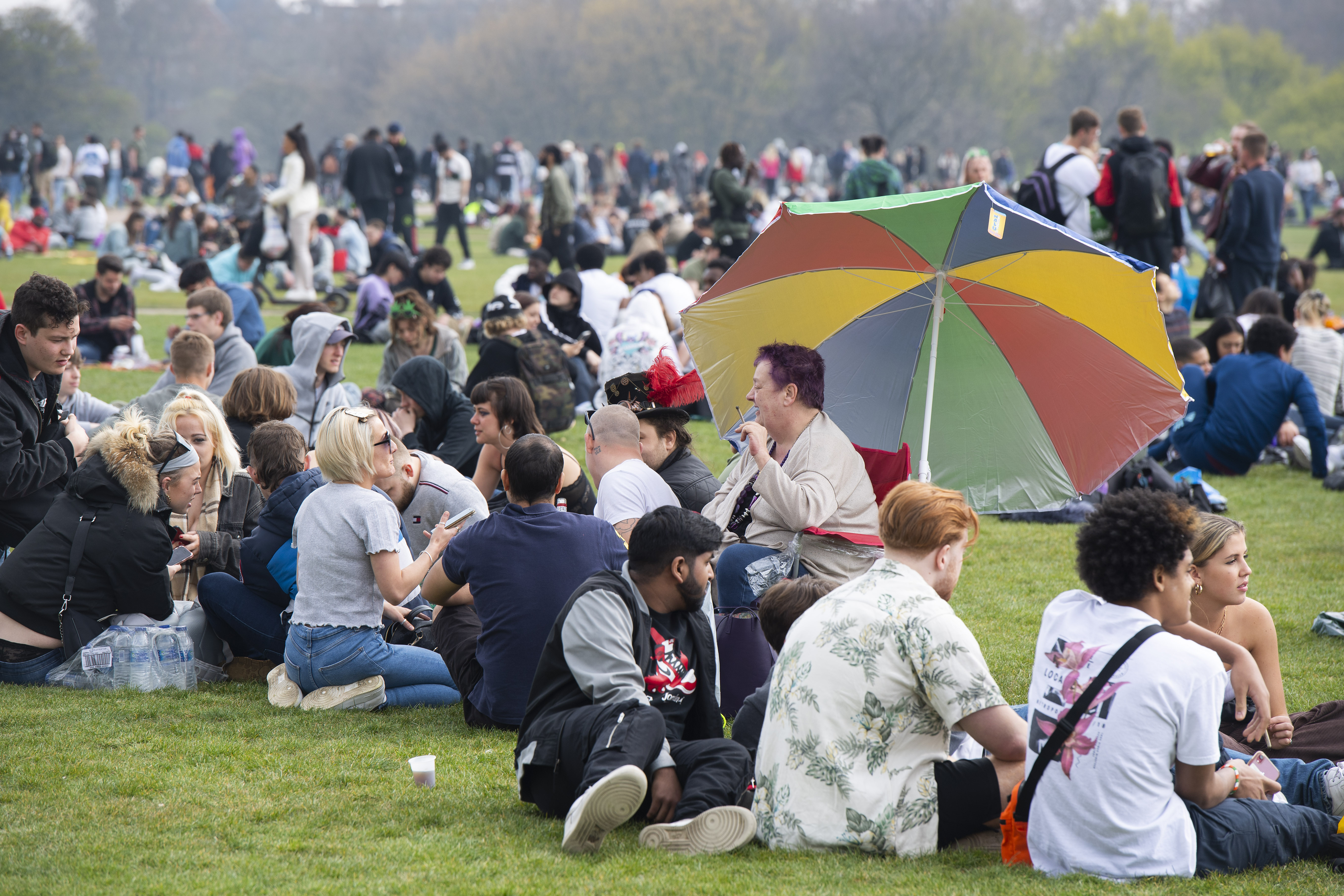 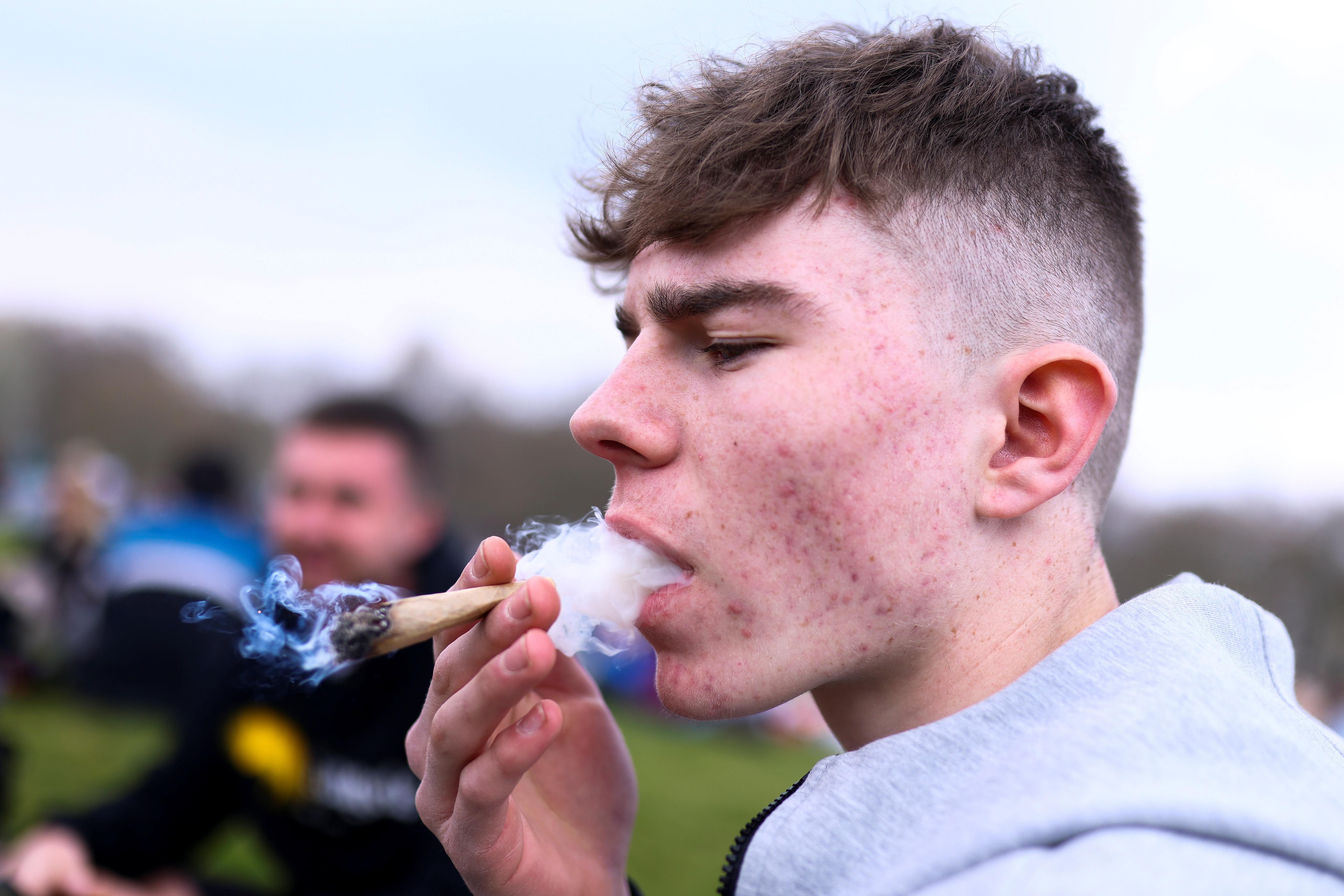 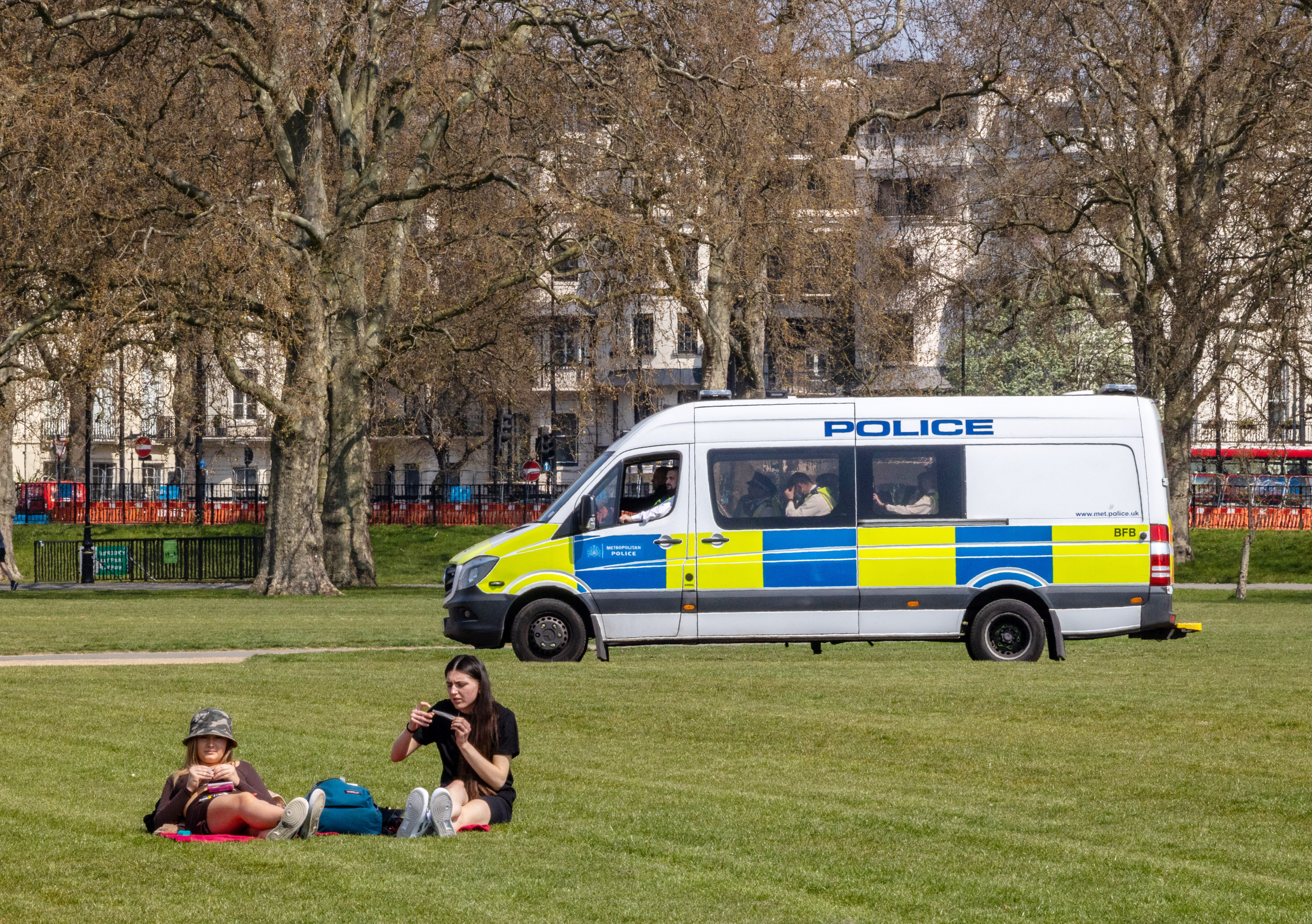 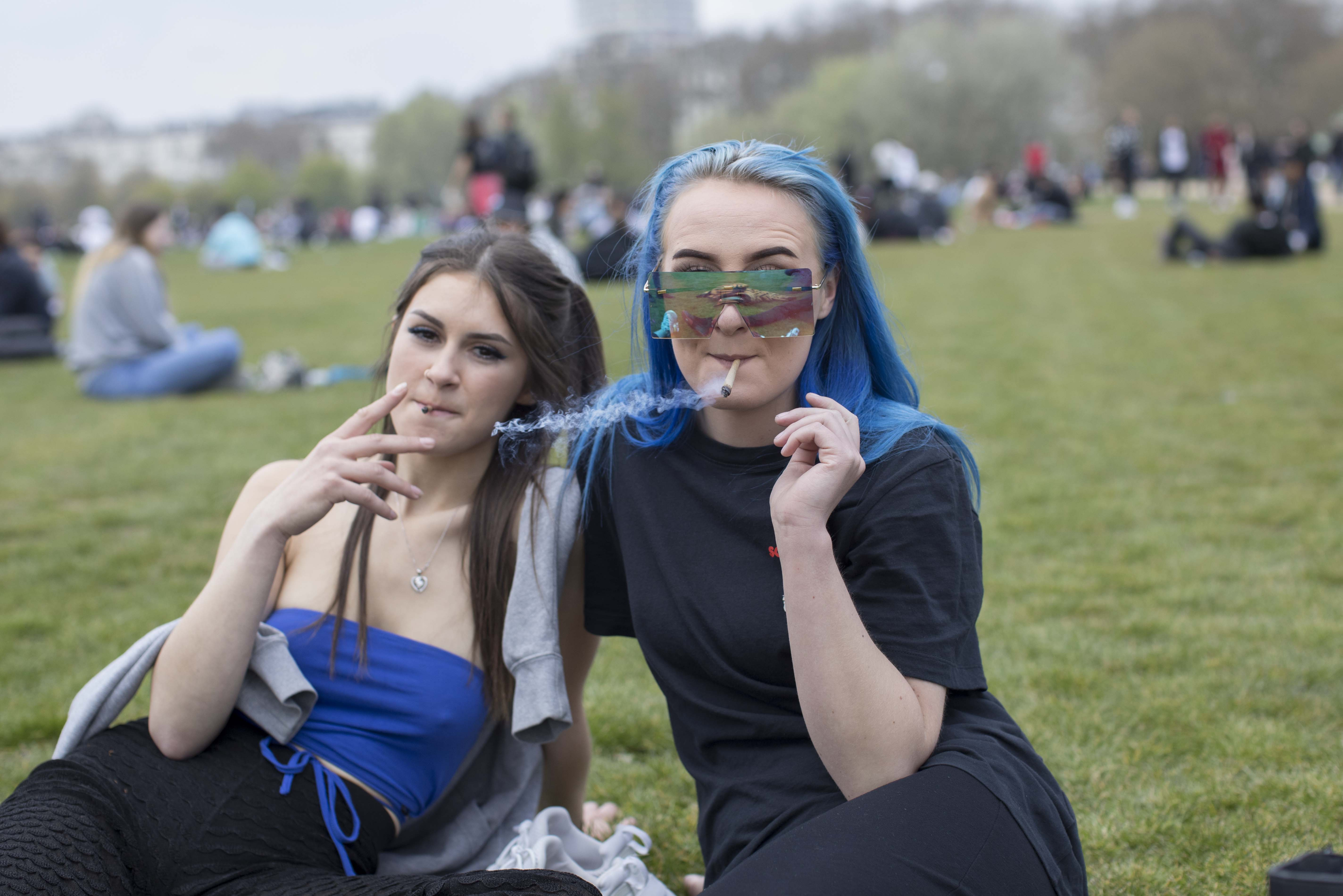 In 1971, five students allegedly hatched a plan to meet at 4.20pm, where they embarked on a mission to find a plot of cannabis plants that were growing nearby.

Even though their mission was unsuccessful, rumour has it that 420 continued to be used as a secret code for marijuana.

Today, it remains a term used to describe the consumption of weed, especially at around 4.20pm in the afternoon.

Festivities are widespread in North America, where observances have been held in locations including Hippie Hill in Golden Gate Park, San Francisco, and Parliament Hill in Ontario.

Cannabis lovers in other countries have also adopted the tradition.

The Home Office states that: “It remains illegal for UK residents to possess cannabis in any form.”

Growing, possessing or distributing the Class B drug is against the law, but some councils in the UK don’t pursue those who use cannabis for “personal use”.

The maximum punishment for cannabis possession is five years in prison and an unlimited fine.

If you are caught with cannabis you could be issued a warning or an on-the-spot fine of £90.

However, medical forms of marijuana are available over the counter or by prescription in the UK – but sales are heavily monitored and regulated.

Doctors were given the go-ahead to prescribe cannabis products to patients from November 1, 2018. 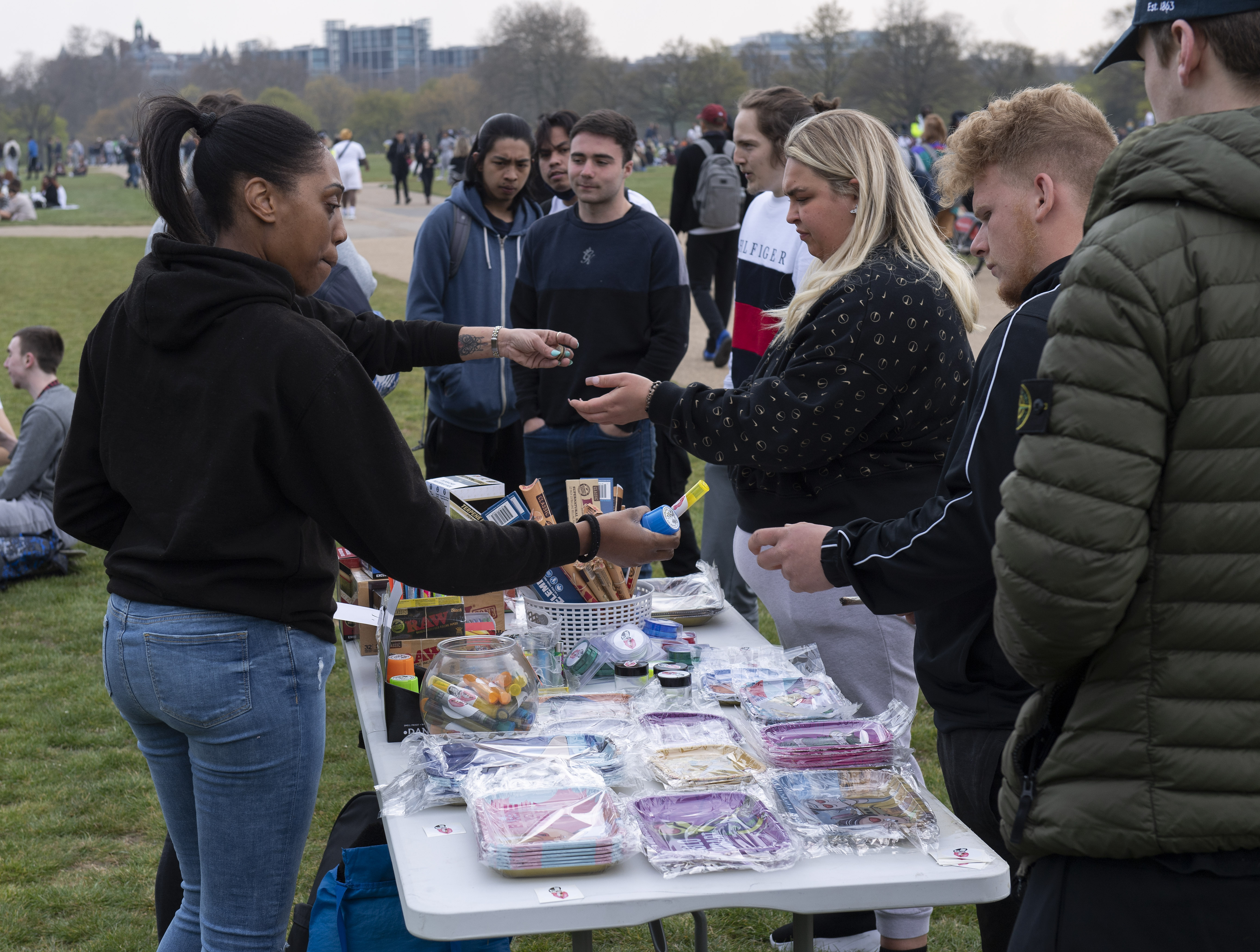 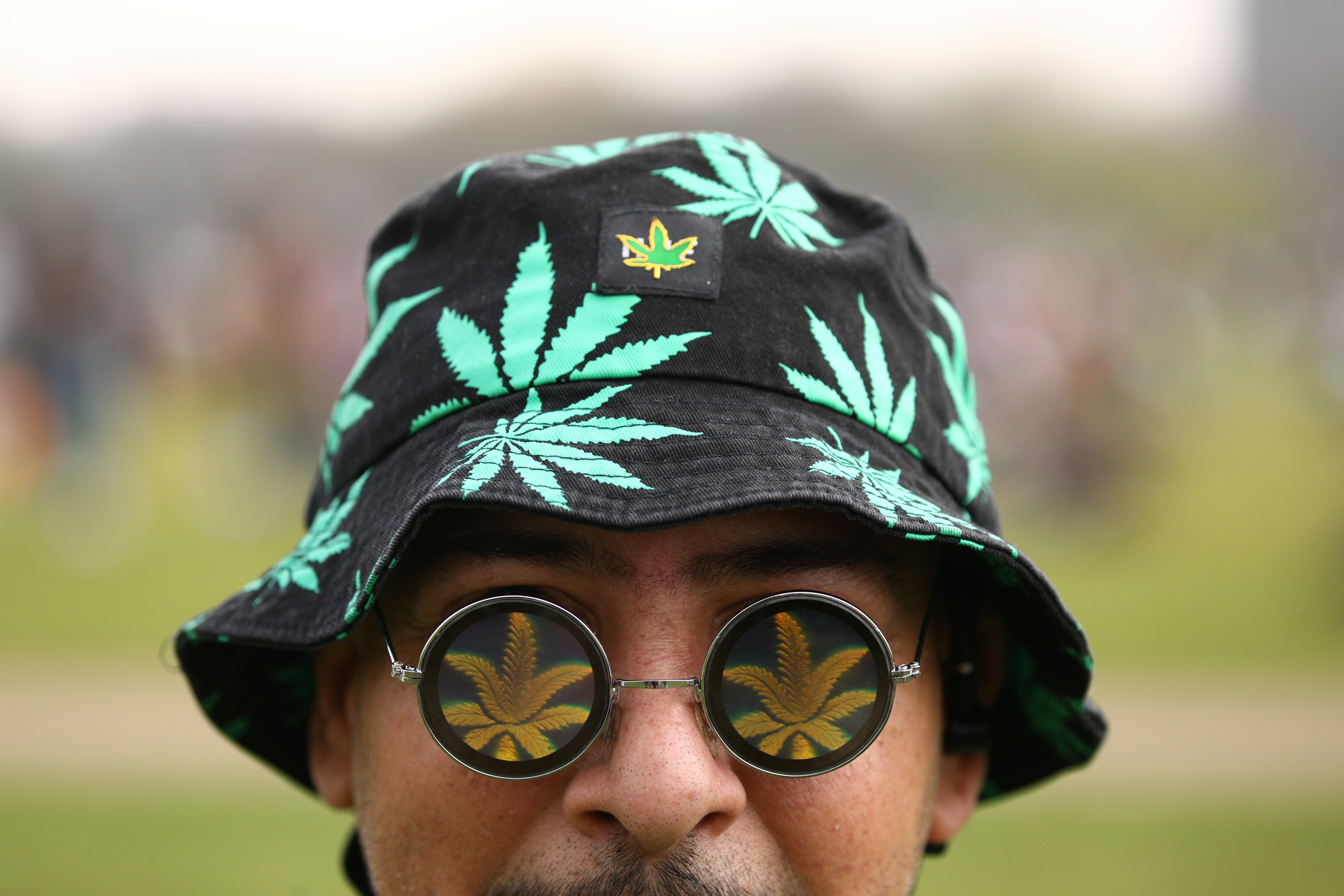