'The Challenge': Nelson Thomas Denies Flirting With Married Woman; Says He Was Attacked and Robbed 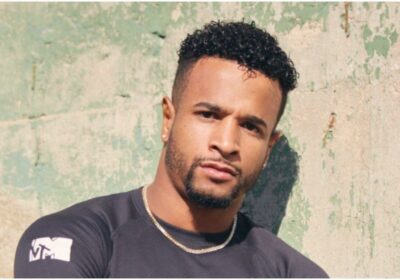 The Challenge veteran Nelson Thomas was accused of flirting with a man’s wife before the local reportedly retaliated by punching the reality star in the face and stealing his jewelry. However, Thomas denied the story, insisting the man attacked and robbed him. He also called out TMZ for not taking his situation seriously in how it reported the incident.

In Nov. 2021, TMZ released a story regarding a physical altercation between The Challenge star Nelson Thomas and a Las Vegas local.

According to a police report the tabloid obtained, Thomas reportedly met a woman at a casino and began talking to her outside in the valet area. During the reported conversation, a local, Kevin Dixon, allegedly punched the reality star in the face, knocking him out, and stole his chain.

TMZ also claimed the police watched a video that corroborated the story. While Thomas tried to claim the assailant “sucker-punched” him in an effort to steal his expensive chain, Dixon insisted he hit him after his wife disappeared with the reality star.

The police report reportedly cites a mixture of Dixon’s jealousy and drunkenness as the motive behind him striking The Challenge veteran. The local was arrested on battery and grand larceny charges.

Thomas denied the story; says the man attacked and robbed him

Following the release of the incident, Thomas claimed the outlet didn’t have the accurate facts and urged them on Twitter to contact him for his side of the events.

TMZ published another story after talking with the reality star where he accused Dixon of lying to the cops and denied flirting with the wife. The Challenge star claimed the police never found the woman and brought her in for questioning.

Additionally, he said Dixon skipped out on the court date. “The guy is a criminal,” Thomas told the outlet. “He snuck up on me, attacked me, and then robbed me.” The 33-year-old also claimed Dixon struck him within seconds after walking out of the casino and said a video backs his story.

Mainly because he insists he only stood outside for a short while before getting hit, the reality star insists there wasn’t enough time for him to flirt. He also claimed he wouldn’t flirt with a married woman.

In a 20-minute Instagram video posted after both TMZ stories, Thomas detailed what happened and called out the tabloid for making light of his situation.

He explained the incident left him with a broken nose, expensive medical bills, and unable to work as a social media influencer for over a month. The Challenge star also explained that the situation changed him in how he interacts with fans as he’s usually receptive to talking and taking pictures when approached.

Additionally, Thomas claimed the police still haven’t caught Dixon, leaving him to pay for the surgery to fix his nose out of pocket and replace his chain. While the reality star thanked TMZ for publishing another story with his angle, he noted he didn’t appreciate their rhetoric.

For example, the original article joked he “wasn’t up for The Challenge,” and the second referred to him being “KO’ed.” Thomas explained he thought the outlet didn’t take his situation seriously as he felt the incident hurt and changed him. The Challenge 37: Spies, Lies, and Allies airs Wednesdays on MTV.