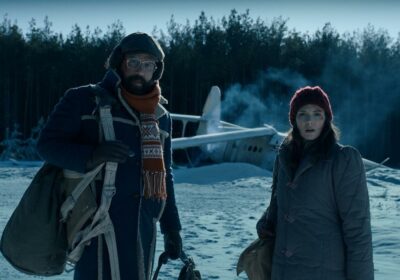 When we last left our friends in Hawkins, Indiana, the Byers (plus Eleven) packed up and moved to California after Chief Jim Hopper (David Harbour) seemingly died during The Battle of Starcourt. However, in February 2020, a teaser trailer revealed he somehow ended up in a Russian prison.

Another teaser showed us Hawkins National Laboratory with Dr. Brenner, played by Matthew Modine, talking over a speaker in the lab as various children used their supernatural powers. The third teaser introduced us to a new setting with the Creel House. Hawkins police convicted the homeowner, Victor Creel, of murdering his entire family. Part of the leading group of characters in Stranger Things 4 investigate the house and search for clues.

Finally, on Stranger Things Day, Netflix released the “Welcome to California” teaser. After three teasers with no hints as to where Mike (Finn Wolfhard) and Eleven stand, fans breathed a sigh of relief to see the couple is still together. As Mike heads to California to spend Spring Break with Eleven and Will, chaos breaks loose. The Stranger Things 4 full-length trailer shows the kids dealing with yet another supernatural threat from the Upside Down.

The Stranger Things 4 trailer gives fans a glimpse into what the characters are doing now. As they enter high school, Max (Sadie Sink,) Mike, Dustin (Gaten Matarazzo,) and Lucas (Caleb McLaughlin) seem lost without the rest of their group. They struggle without Will and Eleven, who now live in California. On top of that, high school introduces a new set of rules relating to popularity. Throw in yet another supernatural threat from the Upside Down, and it’s safe to say nobody is having that great of a time in Stranger Things 4.

The Duffer Brothers delighted fans with an announcement on Feb. 17, 2022

The Duffer Brothers evidently realized fans were getting restless with the lack of content. In addition to the four separate posters hinting at the different plotlines for Stranger Things 4, the brothers penned a letter to fans.

In the letter, they announced that while the creators would split Stranger Things 4 into two separate volumes, the season would clock in at twice the length of Stranger Things 3. With over 800 pages of script and several different locations, the letter immediately put to rest any worries about the upcoming season.