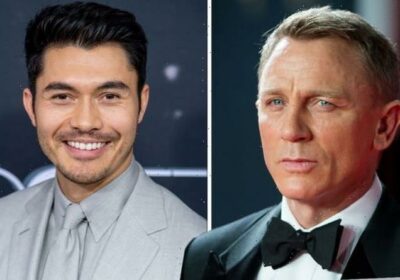 No Time To Die: James Bond film to premiere in October

Later this month Golding will star in his action-packed comic-book thriller Snake Eyes, where he plays the titular character. Although the star has become extremely famous in his own right, James Bond fans have been looking at him to fill the slot of Daniel Craig after No Time To Die is released next month.

Book tickets to watch No Time To Die at Cineworld here.

What do you think? Would Henry Golding make a good James Bond? Join the debate in the comments section here

Golding was recently asked whether he would like to continue his journey in the Snake Eyes universe or take on the 007 role.

He replied: “It’s finding the right materials to apply. You got to understand when you lock yourself in on any project, it could be six months, it could be an entire year of your life that you dedicate to playing this role.

“And sometimes it has multiple excursions for that role.” (Via Metro)

“So who knows? It’s exciting to know that there’s going to be change, and I’m really intrigued as to see where Snake Eyes leads me.”

Although the Crazy Rich Asians star dodged the question, his response is quite different from what he said to a similar question last month.

When asked about the role in July, Golding said: “I guess they are looking for another candidate, so, of course, any right sort of man would want to put their hand up for it.”

Henry Golding discusses possibility of being next James Bond

Golding spoke out about Bond before that, as well.

The 34-year-old British-Malaysian actor said back in September: “It’s an honour to even be in the [Bond] conversation.

“It would be the wildest ride. I’m super excited to see Daniel Craig’s last venture… but isn’t it great that we’re having that conversation?”

Golding added: “Isn’t it great that people are like: ‘OK, now’s the time, why the hell can’t we have a Black Bond, an Asian Bond, a mixed-race Bond, a non-distinct Bond?'”

The actor does stand a good chance of grabbing the 007 role from Craig going forward.

Ladbrokes have awarded the actor 20/1 on claiming the prestigious role.

The firm’s Alex Apati said: “Henry Goulding isn’t completely out of the race to replace Daniel Craig, but his most recent odds suggest it would come as something of a shock were 007 chiefs to opt for the Crazy Rich Asians star.”

Standing firm at the top of the Bond odds at the moment, however, is Bridgerton star Regé-Jean Page.

The Netflix star has a staggering 5/6 odds on becoming the next 007.

He is followed closely, however, by Venom actor Tom Hardy, who has a powerful 4/1.