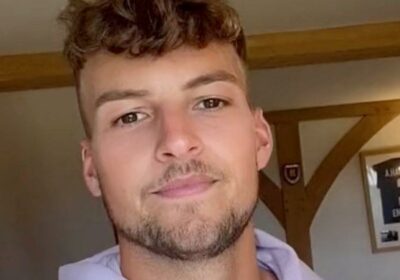 Love Island star Hugo Hammond is no longer a dating show contestant and since departing from the Majorca villa has told fans all about his future career plans.

In a Q&A session on TikTok, the former P.E teacher revealed that he would love to go back to teaching once more.

Hugo began: "Yes, so last year I completed my teacher training and so now I'm officially a qualified pe teacher, which is great.

"I don't have a school lined up for September, but definitely in the near future when everything dies down, I would love to return to the classroom and so some teaching.

"But in the meantime, I would love to stay in the health and fitness industry and kind of help people understand how important it is to stay on top of our physical health and all of the benefits of that."

During his time in the villa, the Daily Star exclusively revealed that he wouldn't be returning to Blundell's School, where he was working prior to heading into the villa.

When reaching out to the Devon-based boarding school, a representative said: "Mr Hammond was here on a very short placement during his teacher training in the Spring Term. He was not employed by the school."

This came after fans have wondered whether or not the 24-year-old star would be allowed back to his job after they heard about his shocking bedroom revelations.

During a challenge in the early stages of the show, millions watched as Hugo boasted about getting down and dirty in the middle of a road.

Many viewers took to Twitter sharing memes and comments over whether Mr Hammond could continue his teaching career after making the explicit confession.

One fan tweeted: "I can't get over the fact Hugo is a teacher, surely he doesn't think he can go back to that?

"The way his class will be like "'Sir why did you have sex in the middle of the road?' and 'sir remember when you got pied looool'"

Not only has Hugo told of the unusual placed he got down and dirty but he has also admitted to booting girls out of bed after he's "finished" with them.

Another fan commented: "Hugo is never being a teacher again, SEX IN THE ROAD??"

Hugo has since left the villa after being coupled up with Casa Amor bombshell Amy Day, with who he has now decided to remain "just friends" after brutally describing his villa experience as "tragic" right in front of her.

Safe to say, Amy was not impressed and accused him of being on there to purely enjoy a "lad's holiday" and her only regret was wasting too much time on Hugo.