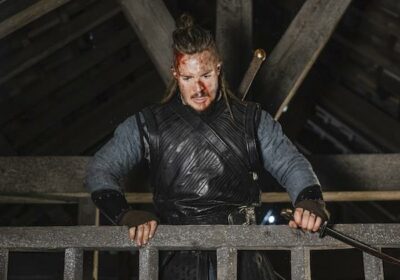 With the release of its fifth and final season, Netflix’s The Last Kingdom ruled Nielsen’s latest U.S. ranking of streaming originals.

For the week of March 7, The Last Kingdom amassed 1.423 billion total minutes viewed across 46 total episodes. It was followed closely by Netflix’s Pieces of Her (surging three spots from last week by totaling 1.415 billion minutes over just eight episodes)… the champ from the previous three weeks, Netflix’s Inventing Anna, which had 812 million minutes/nine episodes… and Prime Video’s still-marvelous Mrs. Maisel (702 million/34 episodes).

Fun fact: Prime Video thus for the first time ever had three shows among the weekly Top 10!

Falling out of the Top 10 for the week of March 7 were Netflix’s Sweet Magnolias and Hulu’s The Dropout (which had only cracked the chart a week ago).