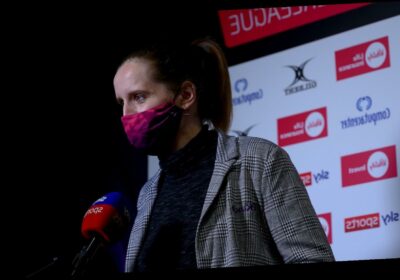 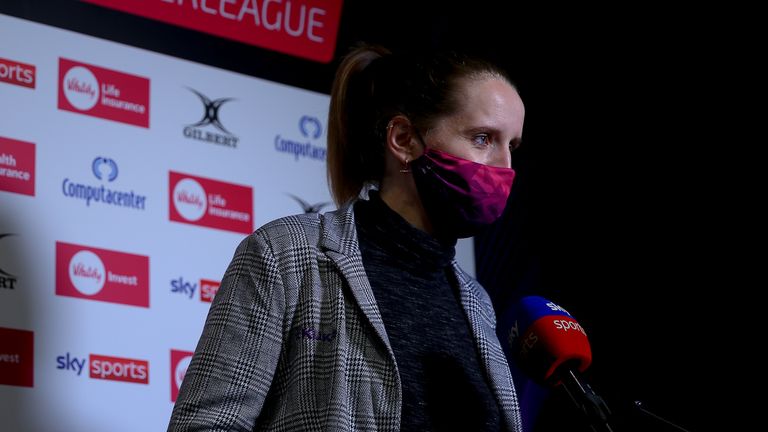 In every sport, fans, players and coaches have rules that irk them and ones that they wish would be changed or tweaked slightly. For Sara Bayman, it’s ‘penalty not set’ and thanks to her social media post, we now know a lot more about netballers’ thoughts on the topic too.

During Monday’s match between Team Bath Netball and Strathclyde Sirens, Bayman took to social media and asked a simple question of her followers, which rules vex them the most?

The response has been vast, with netballers from the elite level down through to the grassroots level, all having taken the time to reply and share their own beliefs.

From Australia, England’s Vitality Rose Jo Harten instantly stepped up with her musings on the subject.

‘Over a third’ is the rule that she finds frustrating… and if that rule was taken away, can you imagine the exceptional long balls in that she’d get from Jade Clarke during England matches?

Clarke already fires them to a GS from close to the centre circle anyway, so having the option to go from even further out would be something to behold!

The final quarter back in 2019 brought about this peach of a pass from @jadeyclarke.

Another one that we’ve seen quite a lot of so far this Vitality Netball Superleague season, relates to last-second goals at the end of a quarter or contest.

For Ian Harkin, the fact that the ball must pass completely through the ring in order for the goal to be counted, doesn’t make a lot of sense.

Shooter Hannah Dowie and Sophie Taylor-Denton agreed with him too, and with matches this season having 12-minute quarters, a tweak to this rule could make a big difference and would encourage some glorious ‘buzzer-beating’ goals from distance.

Ball must pass through the ring before time is up to count as a goal. Ludicrous rule… say your shooter gets the ball with time almost up. If they're under the post, they can score the goal, but if they're out near the edge of the circle, they can't. How on earth is that fair?

When the goal doesn’t count because it ‘didn’t touch the ring’ before time is up. 🤯What nonsense – should be when it leaves the players hands to allow for gravity/style of shot!

Then, ‘intimidation’ is a word that came up on multiple occasions, with many netballers actually stating that it’s in a defender’s job description to do that in the first place!

Bianca Chatfield, who made 59 appearances for the Australian Diamonds over a 13-year career at GD and GK, was someone who was on board when it came to being frustrated by the intimidation rule.

And the horror from the umpire and GS that you would be so brazen as to try and make them miss 😲 pic.twitter.com/ZE42MhDyoj

Although the replies to Bayman’s post keep on flying in, it’s safe to presume that every netballer who is sharing their thoughts still loves their sport… frustrating rules and all. In England, netball continues to go from strength to strength and it’s a sport that people are engaging with more than ever before.

Needless to say, if the Vitality Netball Superleague were thinking about making any rule changes in the future, Bayman has provided them with a handy bit of market research!

Sky Sports is your home of netball. The Vitality Netball Superleague continues on Sunday with Round Eight and four matches back-to-back streamed live on the Sky Sports YouTube channel from 12pm.