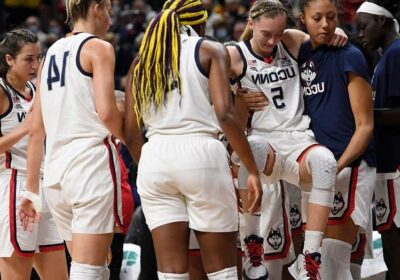 UConn star Paige Bueckers appeared to suffer a scary non-contact injury on Sunday during the Huskies’ win over Notre Dame.

UConn was up 18 points with about 39 seconds remaining in the game when her leg appeared to buckle while she was bringing up the ball. She would later collapse in front of the Huskies’ bench and she had to be helped off the court. Media at the game described the crowd as going silent. 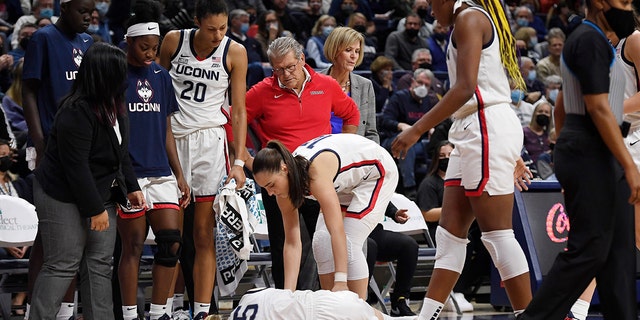 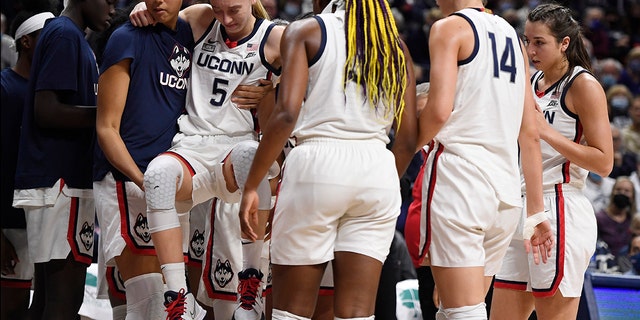 Connecticut’s Paige Bueckers is helped off the court after being injured against Notre Dame, Sunday, Dec. 5, 2021, in Storrs, Connecticut.
(AP Photo/Jessica Hill)

Bueckers is a sophomore with the Huskies and is widely regarded as one of the best college basketball players in the country. Coming into the game, she was averaging 21 points, 5.8 rebounds and 6.6 assists in five games. She had 22 points, four rebounds and four assists in a win over Notre Dame. 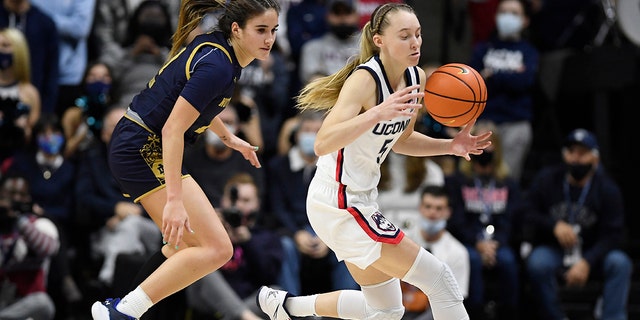 It’s unclear how much, if any, time Bueckers will miss due to the injury.