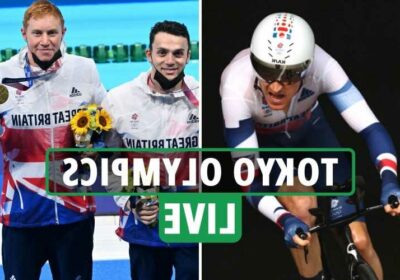 GREAT BRITAIN'S swimmers picked up their THIRD gold of the Tokyo Games after a stunning relay win this morning.

And two of them have gone to Tom Dean, who added the freestyle relay to his individual honour earlier today on day five.

Though Andy Murray's quest for doubles Olympic success is over after he and partner Joe Salisbury lost to the Croatian team of Marin Cilic and Ivan Dodig.

In the rowing, Great Britain secured silver in the men's quadruple sculls but suffered devastation in the men's coxless four, finishing in fourth place as they failed to win the event for the first time since 1996.

In the cycling today, Geraint Thomas will look to bounce back from a wretched road race to challenge for gold in the time trial.

And we will have live coverage of the Olympic men's football with some big names set to bow out in the group stage.