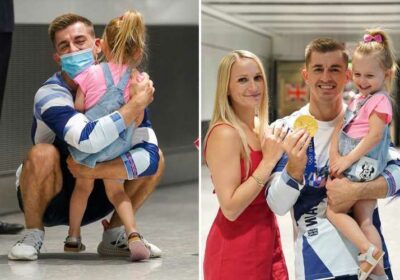 MAX WHITLOCK was greeted by his family after touching down in the UK with an Olympic gold medal around his neck.

The Gymnast, 28, retained his pommel horse title on Sunday to complete his Olympics, having also just missed out on a medal in the men's team final. 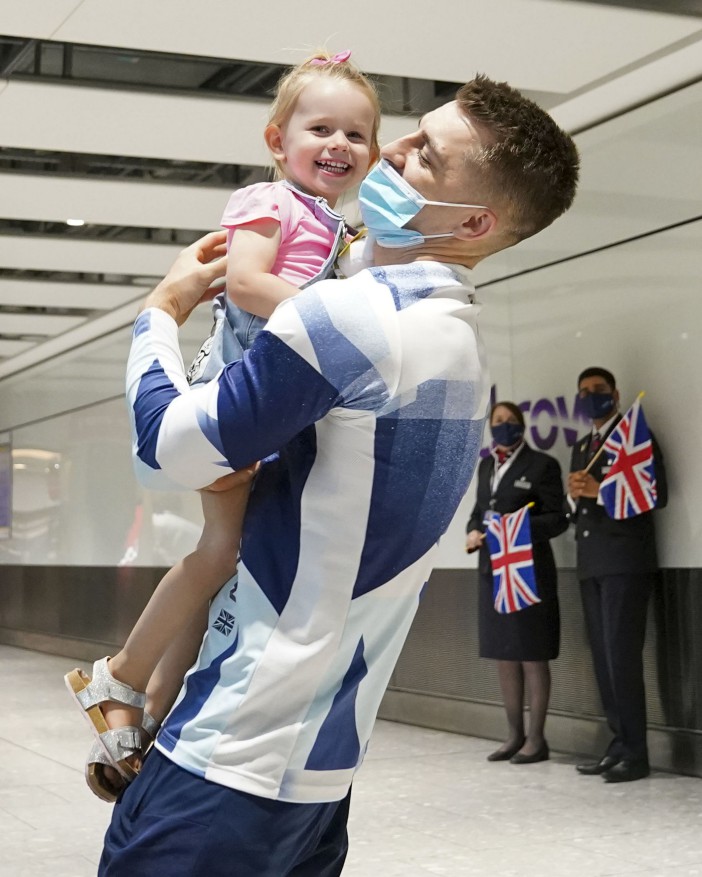 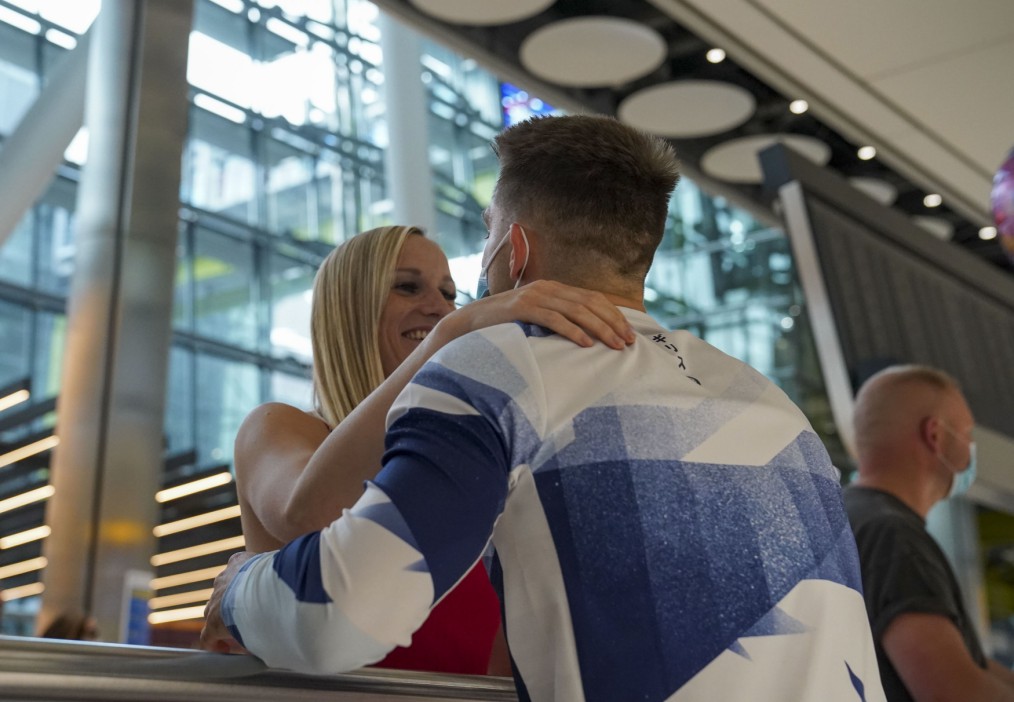 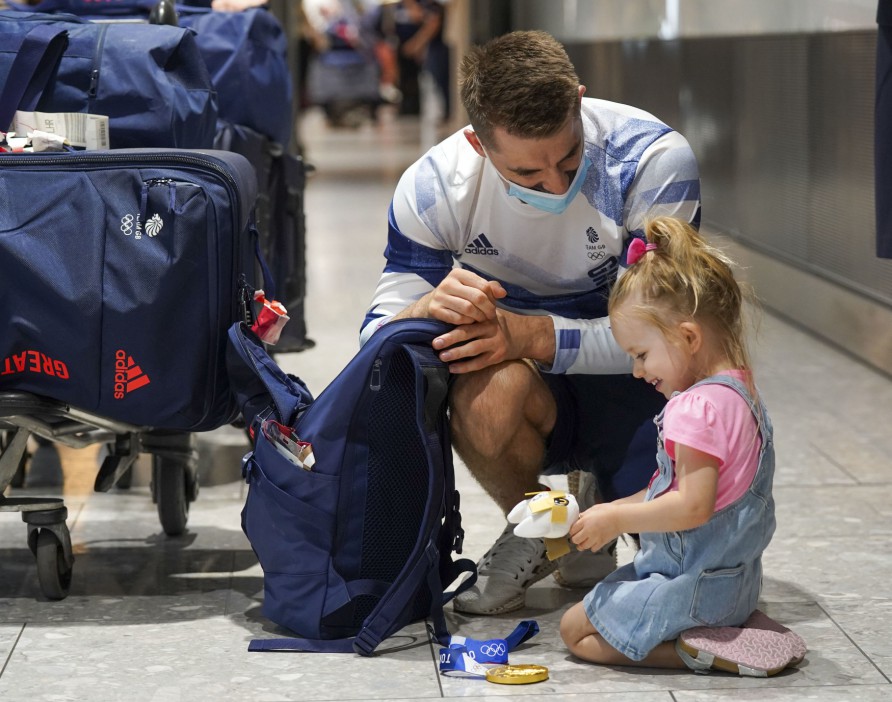 Whitlock embraced his two-year-old daughter Willow and wife Leah after spending weeks apart in preparation for The Games.

Willow has become something of a viral hit after she gatecrashed an interview on Good Morning Britain.

She knocked over a camera while her mum was on a video call with Whitlock and the GMB presenters.

During the interview Whitlock explained how his daughter has missed him but promised to bring back plenty of toys and teddies from Tokyo.

Now home the Team GB star has a chance to not only see his family but to truly comprehend his incredible achievement.

No male athlete has won back to back Olympic gold medals in the pommel horse since Hungary’s Zoltan Magyar in 1980.

He did it with bravery and style too, starting first in the final but recording a superb score of 15.583 after perfecting a difficult routine.

Whitlock is now Britain's most accomplished ever gymnast and after winning gold he was delighted with what he had achieved. 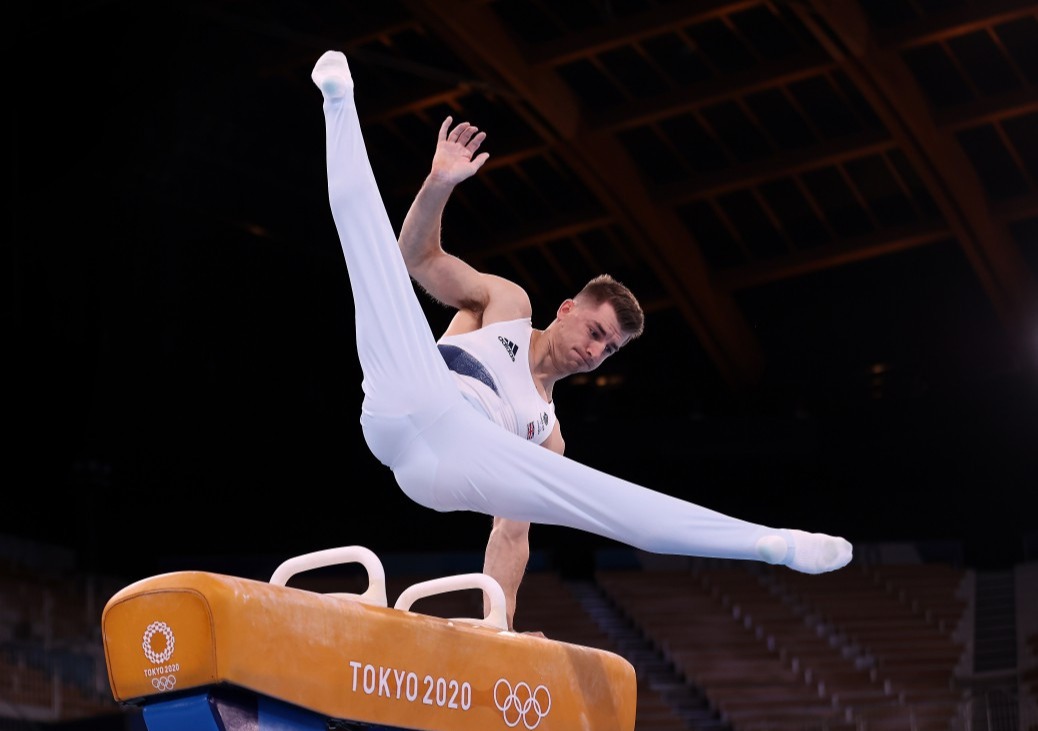 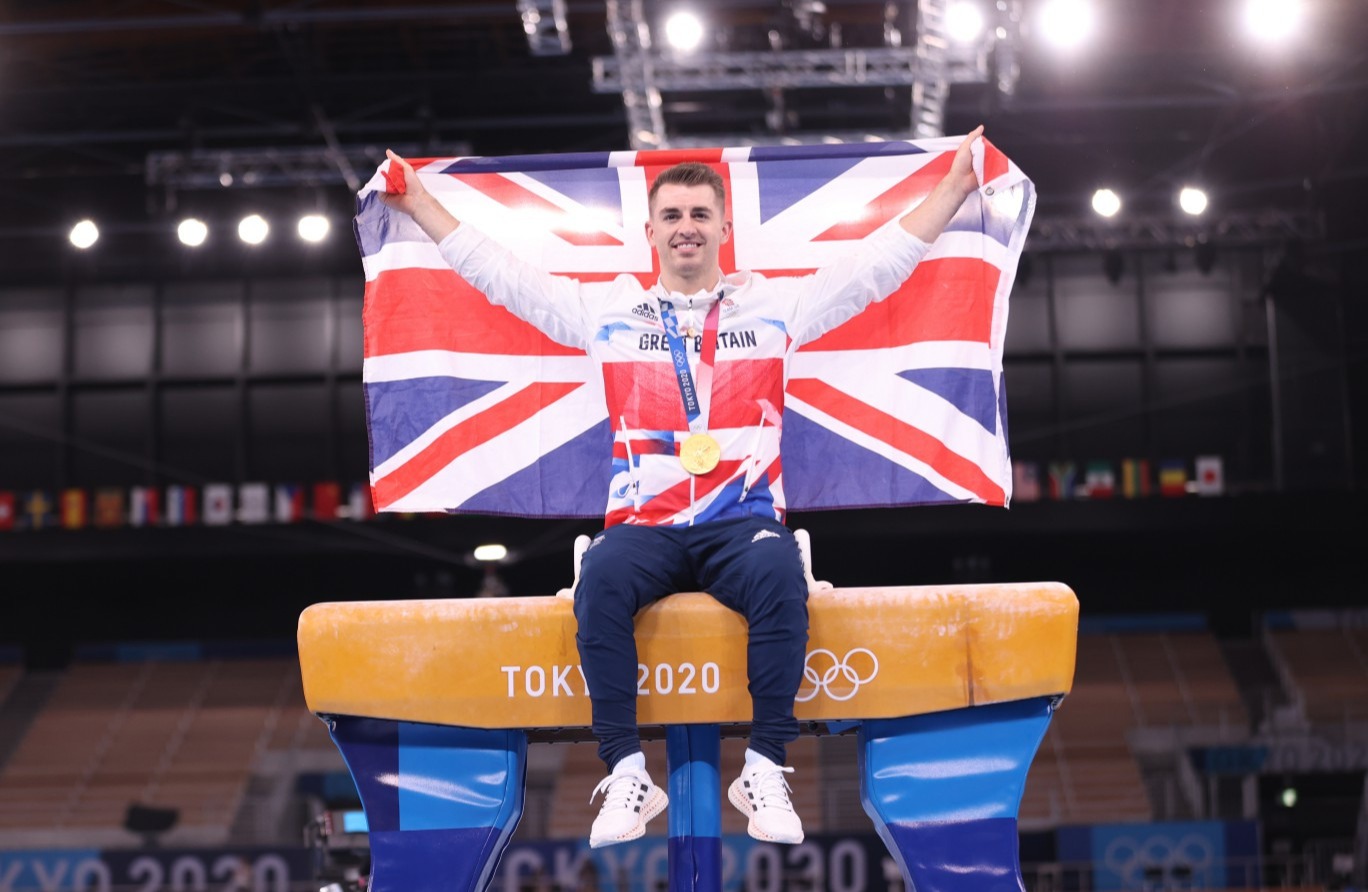 He said: “I feel absolutely lost for words and can’t even describe the feeling.

“I feel really overwhelmed and it feels very surreal.

“Team GB have been doing absolutely incredible and the gold medals have been flowing in and I just wanted to do the same thing. So to come out here and get my own I feel very proud.”