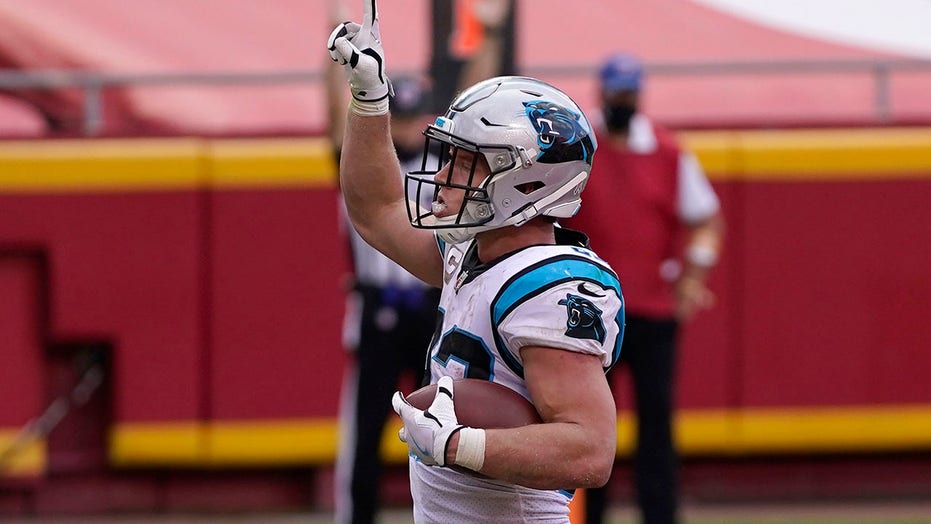 Carolina Panthers star running back Christian McCaffrey has teamed up with Lowe’s to create a lounge at the Veterans Bridge Home (VBH) in North Carolina as a part of a larger initiative of 32 NFL players coming together to serve their communities.

McCaffrey, 24, was named co-captain of the Lowe’s Home Team in September — a group of current players in the league working on community projects in their respective cities. For his project, McCaffrey unveiled renderings of a new lounge at the VBH in Charlotte on Wednesday.

The VBH works to connect veterans and their families across the Carolinas and provides support for them after military service. The lounge, set to open next year with the new office, will provide a space for veterans looking to connect with the community and will provide them with resources to find housing and employment. 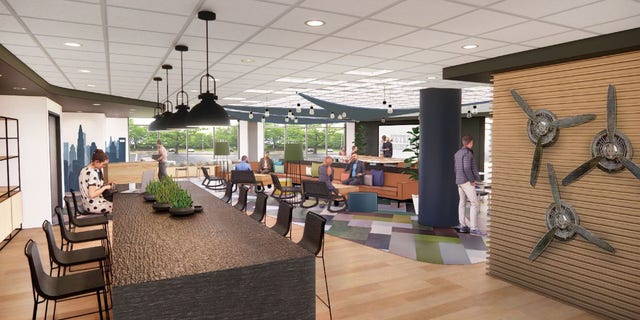 The renderings of a new lounge at the VBH in Charlotte were revealed on Wednesday.
(Lowe’s Home Team)

“It’s awesome to have Lowe’s and the Panthers be a part of this. When you’re in the military, you’re a part of one of the biggest, strongest brands the world has ever seen. You’re looking for other big strong brands and teams to be a part of,” VBH Executive Director Blake Bourne said.

VETERANS BASE JUMP OFF OF 217-FOOT MISSOURI LIBERTY TOWER

“So, to have the Panthers, to have Lowe’s to step in and say we care about our veterans, we care about this community, we want to be a part of your team and to extend that hand to veterans? It’s exciting. It’s fun. To have them be a part of this, for them to step forward and to put resources to say we want to be supportive, we want to provide this special place for veterans, it means the world because that’s a sign that this community cares about its veterans. It’s a sign that they recognize what veterans have done in uniform, but also it importantly recognizes what they can still do here at home.” 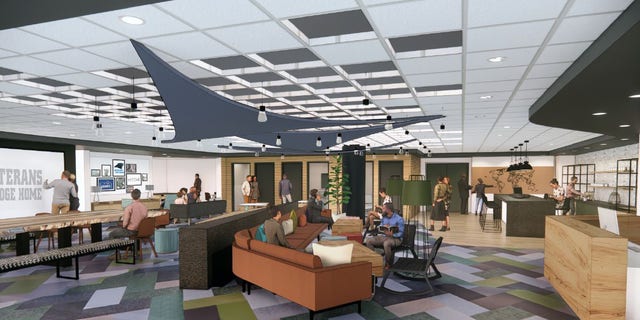 The VBH works to connect veterans and their families across the Carolinas and provides support for them after military service.
(Lowe’s Home Team)

“When you look at the number of active duty and veterans that call this region home, you’ve got approximately 170,000 active-duty service members, approximately a million veterans that call the Carolinas home,” he explained. “I think it’s especially gratifying to be in a position where we can do something to support and provide resources for those that have served our country.”

While McCaffrey wasn’t able to attend the unveiling in person because of the coronavirus pandemic, he will provide autographed memorabilia for display in the lounge and looks forward to meeting with the families at the VBH soon.