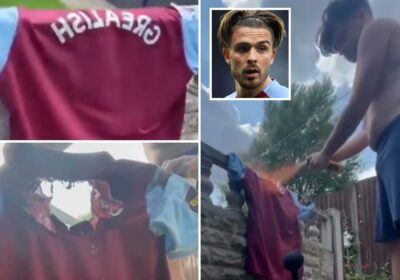 The Villa legend is about to seal a £100million switch to the Etihad, prompting this Villan to blowtorch his 'Grealish' shirt and call the midfielder a 'snake'. 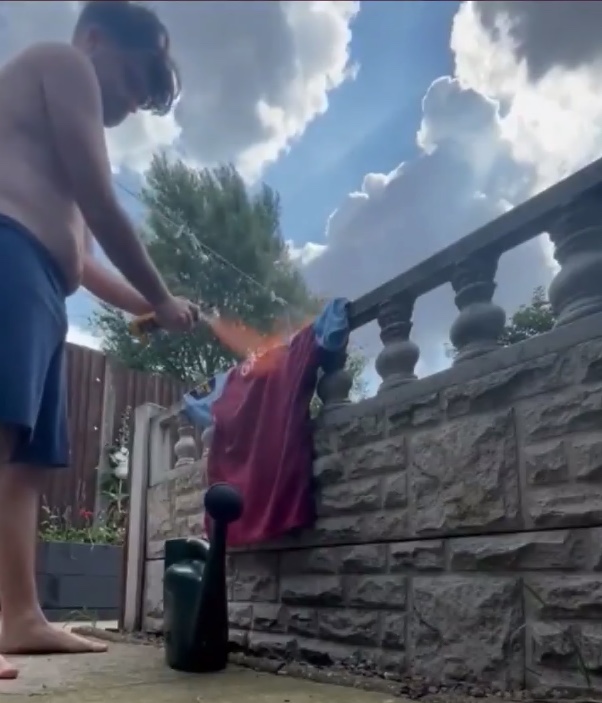 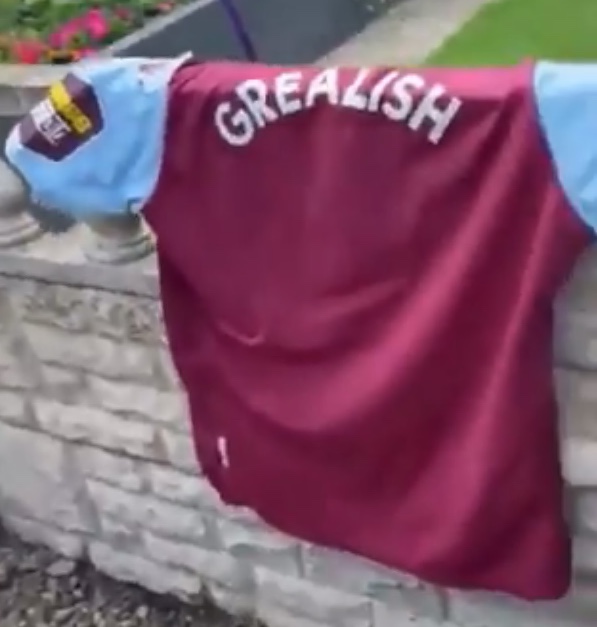 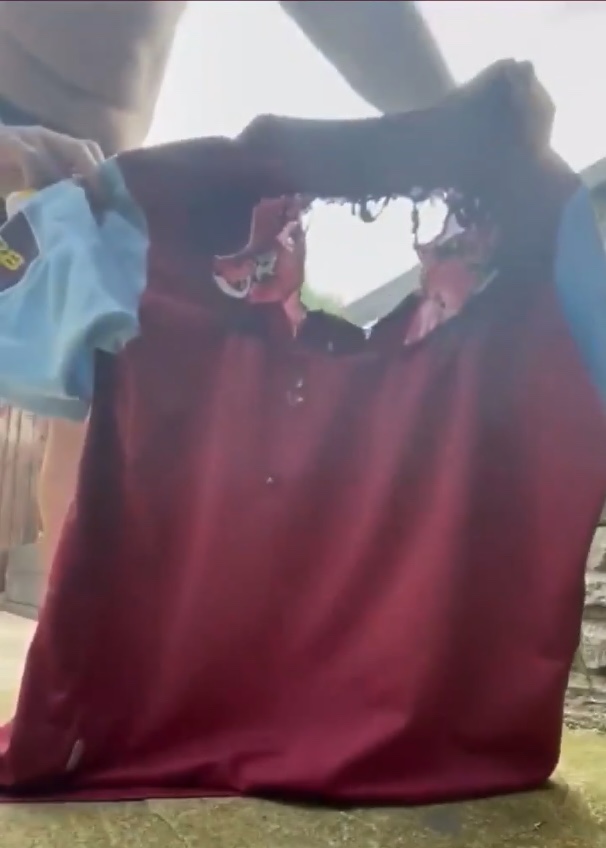 Footage shows the topless man hanging the shirt over a garden wall. It had Grealish's name on the back but no number.

And after making sure the camera was set up he started spraying a flammable substance at the jersey.

He then sparked a lighter which saw the liquid set ablaze. And the shirt quickly started to disfigure.

After a brief burning period, the man held the shirt up to the camera to show a large hole where Grealish's name used to be.

The Twitter user who shared the video then wrote: "What an absolute snake he is #AVFC #Grealish. @JackGrealish don’t show your face in B6 ever again rat."

Most Twitter users were quick to slam the video in the comments.

Matthew wrote: "Snake? For wanting to better his career and win trophies?

"You can't expect him to stay and finish mid table every year. Players have ambition.

"I never get why fans of clubs like Villa always get like that when they decide to move on to a bigger club."

Culerbeu added: "He was down with you when you lot were playing Championship football. He's anything but a snake.

"People really be calling anybody who moves from a club a snake these days."

Reado added: "How is he a snake? Players move on… What he's done for you is immense and you act so ungrateful."

And in reference to the Birmingham post code B6, Rash joked: "He's a millionaire mate, B6 won't be top of his list."

Amid the backlash, Chris smelled a rat of his own and thought the video might be a trick.

He wrote: "To be fair though why do you have a Villa shirt when you're a Birmingham fan?

"Makes no sense at all and why would you be so upset that he’s leaving Villa?"

The Aston Villa star's £100m move to the Etihad is expected to be announced on Thursday.

It has reportedly been in the offing since Kevin De Bruyne urged the club to sign him last November.

The Aston Villa skipper, 25, flew north on Wednesday night to seal his British-record move and will have a medical today, before signing a deal worth more than £200,000-per-week.

Villa immediately spent half the fee on Danny Ings and Leon Bailey.

Pep Guardiola could hand Grealish his debut in the Community Shield against Leicester at Wembley on Saturday.

City submitted their bid on Friday and talks then followed over structuring the payments.

It gave Villa the chance for a last-ditch effort to keep their talisman, who has been training with the squad at a Surrey camp.

He held lengthy talks with sporting director Johan Lange on Monday — but his mind was already made up.

Grealish’s wish to play in the Champions League and work under Guardiola is understood to have been key to him leaving his boyhood club.