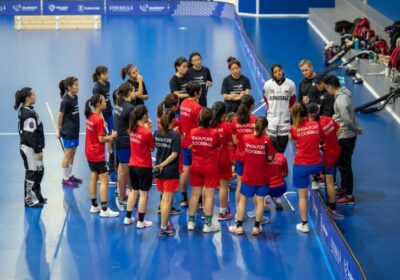 SINGAPORE – The Women’s World Floorball Championship in Sweden enjoyed a cracking opening game on Saturday (Nov 27) but unfortunately, Singapore were at the wrong end of the 4-3 result.

They lost the Group D clash in Uppsala to Estonia, who at No. 11, are ranked three rungs higher.

Ten minutes into the second period, defender Ong Ying Rui got on the end of a counter-attack to narrow the deficit.

A nail-biting third period saw the Republic come from behind to draw level twice thanks to goals from Jerelee Ong and captain Michelle Lok, but Estonia’s Edith Parnik sealed the win six minutes from time.

Singapore will play 17th-ranked Russia in their second group game on Sunday, before taking on No. 9 Norway on Monday.

The top two teams in Group D will qualify for the first play-off round.

The Women’s WFC is Singapore’s first international competition since the 2019 edition of the tournament, where they finished a historic 12th out of 16 teams.