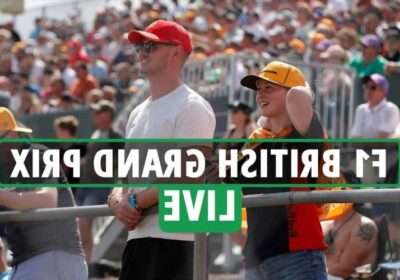 THE stands are packed at Silverstone with F1 action underway at the British Grand Prix.

We've three days of exciting racing ahead, with Lewis Hamilton looking to continue his stunning record at this track and stop the Red Bull charge.

Follow ALL the action from Silverstone with our live blog below…