Home » Sport » Blake Griffin: Thriving Away From the Rim and Feeling ‘Ancient’

Blake Griffin: Thriving Away From the Rim and Feeling ‘Ancient’ 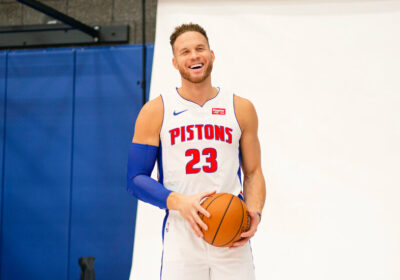 There must be some mistake. There is no way Blake Griffin, the star forward for the Detroit Pistons, is in his 11th N.B.A. season. Wasn’t he just soaringover the hood of a Kia to win the slam dunk contest? Being schooled in “dunkology” by Jeff Goldblum? That was almost a decade ago?

It’s true. Griffin has entered the 2020-21 season as the third oldest player on the Pistons, behind Derrick Rose and Wayne Ellington.

“It’s just happened so fast,” Griffin, a six-time All-Star, said in a recent phone interview, adding later: “I saw on our roster, I was seeing the birth dates and it was like, some guys were born in 2001. I was like, ‘Oh, my gosh. I feel ancient.’”

Griffin, 31, is a year removed from one of the best seasons of his career and a dozen years older than two of his rookie teammates, Killian Hayes and Isaiah Stewart. Griffin has plenty of games left, he said. But in basketball years, in a league in which the best players seem to get younger every season, he is akin to middle-aged.

Entering his fourth season in Detroit, with a franchise that is embracing a youth movement, Griffin has had to transition from high-flying phenom to locker room sage, while still being expected to deliver All-N.B.A. performances. Five Pistons players were born in 1999 or later.

“I’ve also just really enjoyed it, especially this group of rookies that we have now,” Griffin said. “They’re great players, but great kids. They want to learn. They come. They ask you questions.”

As publicly accepting of Detroit’s path as Griffin has been, he is still a competitor and an N.B.A. star with a glaring hole in his résumé: He has never made a conference finals.

“The individual awards and these things are fine, and I’m appreciative of them, but I just want to win,” Griffin said. “Not making it to a conference final, yeah, it does gnaw at me. Not to the point where I’m losing sleep over it. But that’s the main goal — I want to win.”

A native of Oklahoma City, Griffin has basketball in his DNA. His father, Tommy Griffin, was a decorated high school coach in the area. His older brother by nearly three years, Taylor Griffin, had a short spell in the N.B.A. and played overseas.

Taylor, now Blake’s manager, was also his teammate at the University of Oklahoma, where they would occasionally get into physical confrontations during pickup games. 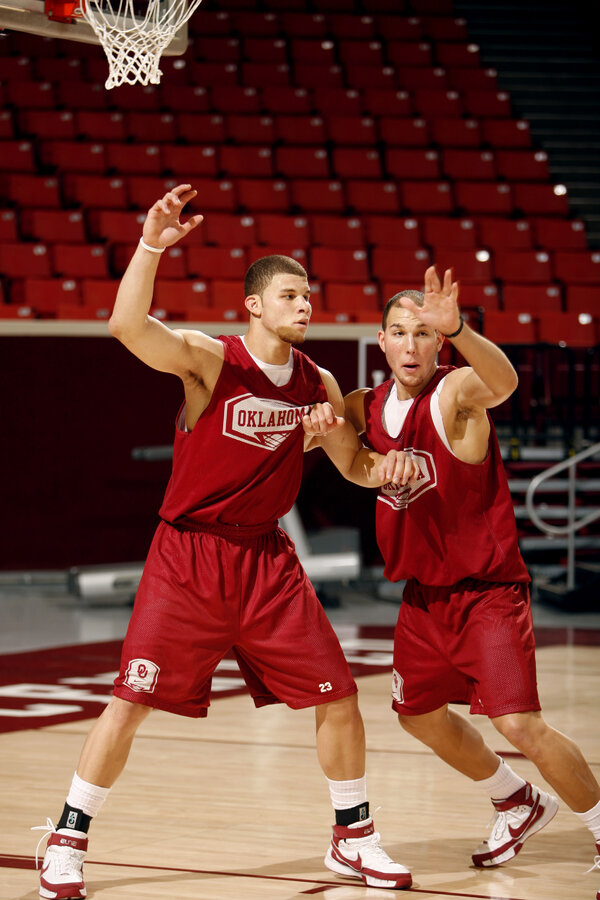 “There’s points in middle school and elementary school where it didn’t matter what we were doing — it ended in a fight,” Taylor said. “Tears, maybe some blood. It could be a race to the car. It could be a board game.”

After two seasons at Oklahoma, Blake Griffin was drafted with the first overall pick by the Los Angeles Clippers in 2009. He missed his first year because of a knee injury.

After his N.B.A. career officially began in 2010-11, Griffin was known mostly as an electrifying dunker. That alone was enough to turn him into a force and to help revitalize an ignored Clippers franchise. A decade later, Griffin has adapted to the modern N.B.A.: He is one of the best passing forwards in the league and has developed an accurate 3-point shot. In 2018-19, Griffin shot seven 3-pointers a game and made an above-average 36.2 percent.

He went 0 for 5 from 3-point range in his first game this season, against Minnesota, but responded with eight 3-pointers in his next game, against Cleveland. He missed Friday’s game against the Boston Celtics because of concussion protocols.

Elite big men known for playing in the paint historically have not developed jump shots later in their careers. To those who watched Griffin during his early years as a pro, like his former coach Vinny Del Negro, Griffin’s willingness to evolve was expected, given a strong work ethic.

“I saw how much Blake was determined to become a consistent shooter and a consistent player, from that standpoint,” said Del Negro, who coached Griffin for three seasons with the Clippers. “But at the end of the day, there’s really nothing physically Blake can’t do on the basketball court.”

Griffin’s evolution has come off the court, too. He, along with fellow N.B.A. stars Trae Young and Russell Westbrook, has been campaigning for clemency to be granted to Julius Jones, who was convicted in 2002 of first-degree murder and is on death row in Oklahoma. Jones, who was 19 when he was arrested, has maintained his innocence. He used to play basketball for Griffin’s father.

In recent years, Griffin has also started a production company and a podcast, while delving into stand-up comedy. He has long been known for his charisma, which translated into amusing commercials and a larger-than-life personality in the locker room.

“I walked in one time, and he was doing me in the locker room,” said Caron Butler, who played with Griffin for two seasons in Los Angeles, said, adding: “I walked in, and he looked at me and I was like, ‘Bro, you nailed it.’ It was an awkward moment. Crazy. But at the same time, that’s who Blake is.”

Griffin takes his comedy seriously. He has performed at the Just For Laughs festival in Montreal, which is known as a sort of comedy Shangri-La, and has said that he can see comedy as a “second career” after basketball.

“With comedy, I never want to go to The Store and take somebody’s time slot,” Griffin said, referring to The Comedy Store, the famed Los Angeles club. “I prefer to do something where I’m hosting a show and I get to bring people on.”

He added, “I don’t want to do that thing where I show up and maybe lean on my name a little bit and try to skip the line, because it’s a process and I want to respect that.”

Griffin’s first priority, though, he said, is basketball. He sees himself playing for at least another five years, hoping to win that elusive championship. And this brings us back to Detroit.

When Griffin entered the N.B.A., star players weren’t as likely to switch teams through free agency or to demand trades as they are today. Now the environment has shifted, but Griffin, who can opt out of his contract after this season, insisted he is happy with the Pistons, despite their uncertain championship prospects. Griffin said that the organization has been “nothing but unbelievable” and “very supportive.” He demurred when asked about the possibility of free agency.

“It’s not a decision that I have to make in the immediate future,” Griffin said. “And I know, I’m sorry, I’m just kind of running around that question, but it’s just true. Things can change.”

Change can happen quickly for organizations too, as Griffin found out when he was unexpectedly traded to the Pistons in 2018 shortly after signing an extension with the Clippers.

But for now, Detroit seems committed to making the Griffin-Pistons marriage work. Troy Weaver, who was hired in June to be Detroit’s general manager, said that at their first meeting he told Griffin that he was “what I wanted the Pistons to be all about.”

Butler, a two-time All Star, had to make a transition similar to Griffin’s during his 14-year playing career. He said Griffin was “well rounded” enough to make it work.

“I think that the way you can be an asset to a team and to organizations, it comes in a variety of ways,” said Butler, now an assistant coach with the Miami Heat. “Sometimes it’s just your production. And then the older you get, all the little things become big things. It’s mentorship. It’s conversations. It’s your wisdom of being battle tested and long in the teeth to help navigate those young players through that stage. A lot of people aren’t able to do it, because sometimes guys are just good at the one specific thing, whether it’s scoring or defense.”

Much of Griffin’s future will rest on his production this year. He has struggled with injuries, missing most of last season because of knee soreness. He had extended time off after the coronavirus pandemic delayed this season’s start, and Griffin said he “can’t remember a training camp where my body felt better.”

And this means a decade later, he thinks he can still pull off his most famous act: the Kia dunk.

“Yeah, I think I can clear the hood still,” Griffin said. “But I don’t know that I’m willing to try it now.”