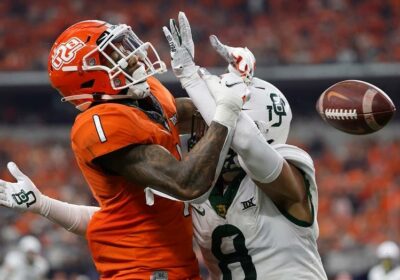 Baylor defensive back Jairon McVea stopped Jackson inches from the pylon with 24 seconds remaining to secure the 21-16 victory and a conference championship. 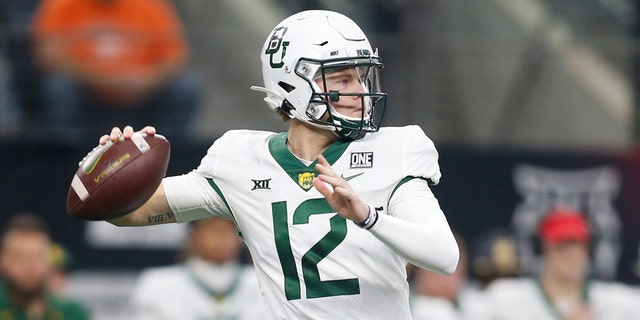 The defense came up huge aside from the goal-line stop.

The Bears intercepted Oklahoma State quarterback Spencer Sanders four times and held him without a touchdown pass. He was 31-for-46 for 257 yards. McVea, J.T. Woods, Brayden Utley and Matt Jones had the interceptions. 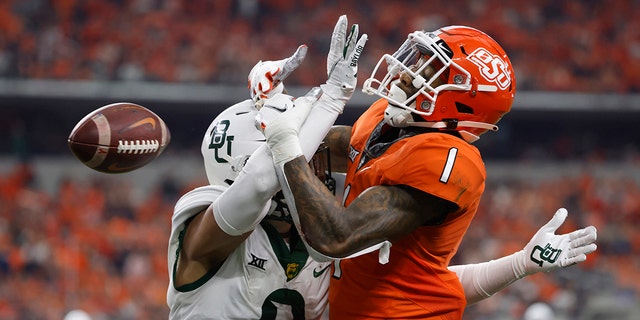 Tay Martin (1) of the Oklahoma State Cowboys has a pass in the end zone knocked away by Jalen Pitre (8) of the Baylor Bears in the first half of the Big 12 Football Championship Dec. 4, 2021 in Arlington, Texas.
(Ron Jenkins/Getty Images)

Dominic Richardson had the lone touchdown for the Cowboys. Baylor held Oklahoma State to mostly field goals to win its third Big 12 championship. 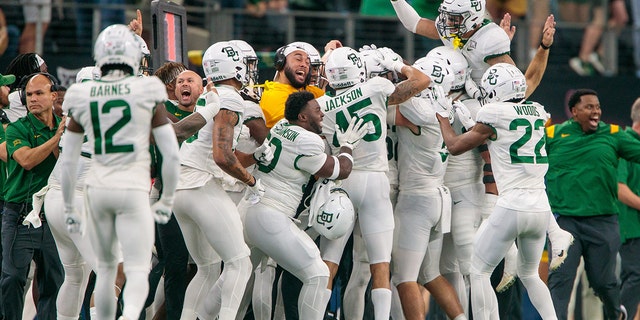 Baylor Bears players celebrate on the sidelines after a play against the Oklahoma State Cowboys Dec. 4th, 2021 in Arlington, Texas.
(William Purnell/Icon Sportswire via Getty Images)