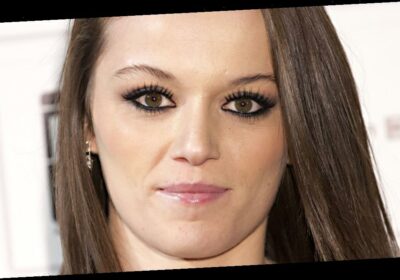 Katie Jarvis was last seen working a normal job saying that she’d taken a break from acting to focus on her children.

However, the former EastEnders star has since found time to put her acting talent to use starring in a short film.

The former Hayley Slater actress played the role of a stressed-out mum trying to make ends meet in the film Take Me.

Take Me was released as a short in 2019 and you can watch the whole thing here.

The 29-year old’s character ends up taking an opportunity to work with a drug dealer in a bid to make enough cash for her son to go on a school trip.

The film was well received and had viewers on YouTube praising the actors and asking for a sequel.

One wrote: "The best I’ve seen on here so far, great acting from everyone and sick storyline."

A second posted: "This was so deep man. MYM well done again. Appreciate the time and effort that you guys put in to make this happen.

A third commented: “I swear that is Hayley from Eastenders”, recognising Katie from her turn on Albert Square between February 2018 and 2019.

After her contract with EastEnders ended Katie found a job working in the Romford branch of B&M as a security guard.

The story hit the press as fans praised her for landing such an ordinary job.

The actor herself then hit back at the coverage, saying that the story left her feeling “degraded”.

"It's the nature of being an actor; gigs come and go, and after my contract with EastEnders ended in February, I found a new job as soon as I could," she said at the time to Grazia.

"Doing work like this is also what keeps me grounded." Katie added: “I’ve got two young kids – Lillie-Mae, 10, and Alfie, eight – and because their dad isn’t in the picture, it’s just me. As long as I’m providing for them, nothing else matters.”

In August 2020 Katie was reportedly arrested on suspicion of assault and racially aggravated public order. She was later released from bail, according to reports.