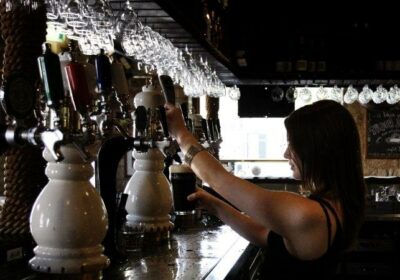 Pubs, shops, recruitment agencies and construction firms could play a critical role helping the economy hit net zero emissions by purchasing power from an energy retailer which offsets their usage.

Australia’s 2.4 million small-medium enterprises emit about 146.5 million tonnes of the nation’s carbon emissions annually. However, they have not entered into green-power purchasing which about half of the country’s 80 top emitting ASX200 companies have in setting net zero or carbon-neutral goals. 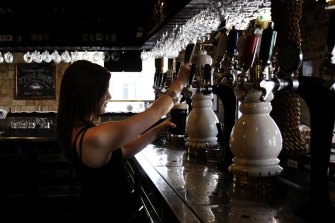 Some of the nation’s biggest brands, such as Woolworths, Coles and Telstra, have committed to switching to 100 per cent renewable electricity by 2025. Others have been accused of “greenwashing” by adopting targets but not setting plans.

New figures from data agency Geografia found small businesses could have an outsized impact on Australia’s total carbon emissions if, like many large companies, they commit to reducing their carbon footprint year-on-year.

The research found an average pub, tavern or bar emits about 11.6 tonnes of greenhouse gas emissions a year, with more than a third of this coming from their electricity usage. If a pub switched their energy provider to a retailer that carbon offset their energy usage, they could reduce their carbon footprint by about 34 per cent immediately.

Commissioned by online electricity retailer Powershop, the data found if every pub, tavern or bar made the change, it would be equivalent to taking more than 6800 cars off the road each year.

Of the four key sectors studied, the construction industry was the largest annual emitter (76 per cent), followed by retail (11.9 per cent), professional services (6.7 per cent) and accommodation and hospitality (5.7 per cent), making up a total of 6.6 million tonnes emitted.

The carbon footprint of those sectors was broken down by five key emissions areas: materials, electricity, labour, transport and other utilities like water and gas.

Research found if the four sectors signed up to an electricity plan that was 100 per cent carbon offset, it would be the equivalent of taking 770,834 cars off the road. If they offset 100 per cent of their total emissions from materials, electricity, other utilities, labour and transport, it would be the equivalent of 3.98 million cars off the road each year.

No Australian energy retailer supplies 100 per cent renewable energy to its customers because they all purchase their electricity from the National Electricity Market. Instead, a number have responded to increased environmental consciousness by offering “carbon-neutral” or “carbon offset” by purchasing Certified Emission Reduction certificates from sustainability projects around the world.

Powershop’s Jason Stein, who is chief executive of one of the few Australian energy retailers with 100 per cent carbon-neutral status, said big companies often had sustainability departments or experts to process and analyse this type of data.

“We believe Australia can reach net zero emissions by 2050 and we are passionate about helping reach that goal even faster,” he said. “To get there, we not only need more investment in renewable energy and new technologies, we also need every Australian to understand the power they have to make decisions that will drastically change Australia’s total carbon emissions.”

Federal Energy Minister Angus Taylor has said carbon offsets would be critical for the world to hit net zero.

Get daily updates on the climate summit that will shape our future. Sign up to our COP26 newsletter here.