Home » Lifestyle » ‘Marking its own homework’: ACCC weighs up action against Google for alleged anti-competitive conduct

‘Marking its own homework’: ACCC weighs up action against Google for alleged anti-competitive conduct 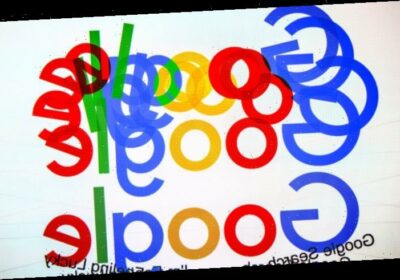 The competition regulator is considering enforcement action against tech giant Google over allegations it is wielding its dominance in the $3.4 billion digital advertising technology market to stifle rivals.

The Australian Competition and Consumer Commission is also examining whether further regulation is needed to address concerns Google is leveraging its power to “self-preference” its own products and further consolidate its business. 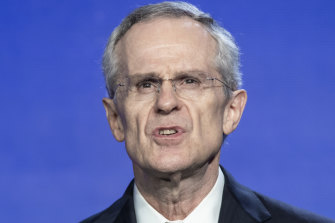 ACCC chair Rod Sims said the regulator was weighing up whether to pursue enforcement action against Google amid allegations it was abusing its market power in the ad tech market.Credit:Louie Douvis

“Many companies are complaining that Google is marking its own homework regarding the effectiveness of the ads it supplies,” ACCC chair Rod Sims said.

“This includes Google very often acting on behalf of both publishers and advertisers for the same ad sale across the ad tech supply chain, while also selling its own ad inventory.”

The ACCC is contemplating the measures following the release of its interim report into the digital advertising services sector, published on Thursday, which found Google held between 50 and 100 per cent of the four markets used to buy, sell and publish display advertising.

Mr Sims said the regulator was still deciding whether enforcement action was needed and was closely examining proposals by regulators in the United Kingdom and Europe, announced last month, for new rules to address conflict of interest issues in the ad tech market.

Angela Flannery, data and privacy partner at national law firm Holding Redlich, said it was “disappointing” that the ACCC had not yet resolved to use its existing powers to take action against Google over claims of anti-competitive conduct.

“If you look at it from the perspective of Australian businesses who are using these ad tech services and potentially paying too much money, and Australian publishers who are potentially not getting a fair share of ad revenue, it’s going to be a long time to wait for new regulation to be passed,” Ms Flannery said.

Guardian Australia managing director Dan Stinton said measures were necessary to stop Google “exploiting its market power to preference its own business and the market needs to operate with more transparency to give consumers, advertisers and publishers more confidence in the way it operates”.

“With less money wasted in the system, more money will be available for Free TV broadcasters and other content creators to continue to invest in great local programming and trusted news,” chief executive Bridget Fair said.

Google did not directly address the allegations raised in the ACCC report but said ad tech was a “competitive market with low barriers to entry”.

“There are many companies, large and small, working together and in competition with each other to power digital advertising across the web, each with different specialties and technologies. Google is just one of these many players and we’ve made it easier for others to choose who they want to work with,” it said in a statement.

The inquiry, which will deliver its final report in August, found Google’s ownership of YouTube had been key to consolidating its dominance, with the video sharing service’s ad inventory sold exclusively through Google’s platforms.

The report also revealed concerns about Google’s efforts to restrict its rivals’ access to data, including its 2018 decision to block access to its Double Click ID product, which provided advertisers and publishers with user data to better target their consumer audience.

The report made no recommendations but the ACCC has called for industry feedback on a number of proposals, including whether regulation was needed to mandate the break-up of data sets held by Google and others to make it easier for rivals to enter and compete in the market.

The findings come at a crucial time for Google, which with Facebook is fighting against the implementation of a news media bargaining code that would force them to pay for news content in their search and news feeds.

Google last week threatened to cut off search to Australian users as a “worst-case scenario” if the government pressed ahead with plans to legislate the code.

Google and Facebook both say the proposed code is unworkable in its current form and claim it will expose them to an unknowable and unacceptable financial risk.

Major media companies including Nine Entertainment Co (owner of this masthead) and News Corp are strongly in favour of the code, arguing it is necessary to ensure the long-term sustainability of news.