Home » Lifestyle » Lionel Messi kicked off the biggest and messiest transfer saga in soccer history. Here are the key figures who helped decide his future.

Lionel Messi kicked off the biggest and messiest transfer saga in soccer history. Here are the key figures who helped decide his future. 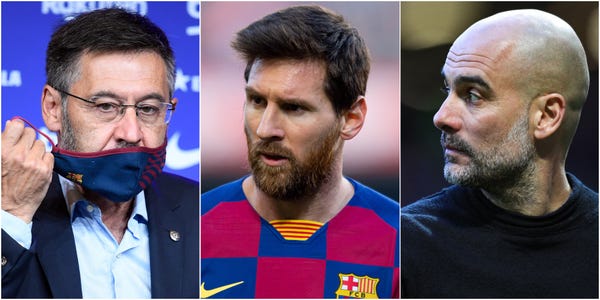 Lionel Messi and Barcelona are currently embroiled in one of the messiest transfer sagas in soccer history.

Messi appeared to admit defeat on Friday,saying in an interview that he will now see out the rest of his contract with the club, rather than go to court.

Following Messi's decision to hand in a transfer request last month, player and club have been at odds over a clause in the Argentine's contract and whether it allows him to leave the Camp Nou for free.

Messi and his team believed it does, to the point the 33-year-old didn't up for the start of the club's pre-season.

Barcelona on the other hand believed the clause expired in June and will demand interested clubs must match his release clause of $825 million if he is to leave – a stance that has been backed by the Spanish football authorities.

Although Messi says he will now stay at Barcelona until the end of his contract, which expires next summer, a transfer could still happen this season. If he leaves at the end of the 2021 season, Barcelona will get nothing, but if he were sold this summer, the club could demand hundreds of millions in compensation.

With the tug of war still raging on, Insider has taken a look at the key players from both sides who can help decide where Messi's future lies. 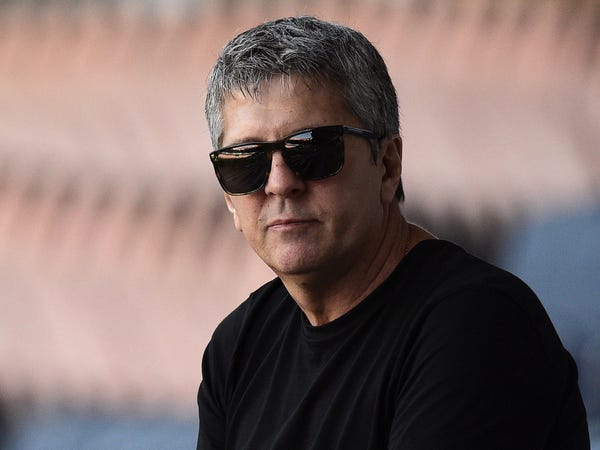 Not only is Jorge Messi the Argentine's father — he is also his agent.

Messi Sr. flew in for emergency talks with Barcelona's hierarchy on Wednesday night, during which he was understood to have been asked to try and convince his son to remain at the Camp Nou.

After the meeting, however, he told the press, according to The Guardian, that it would be "difficult" for the 33-year-old to stay.

Spanish football reporter Guillem Balague also revealed on Friday a letter that Jorge Messi had sent to La Liga in which he claimed Lionel Messi's buy-out clause is no longer applicable, giving the impression he is pushing for a clean exit from Catalonia for his son. 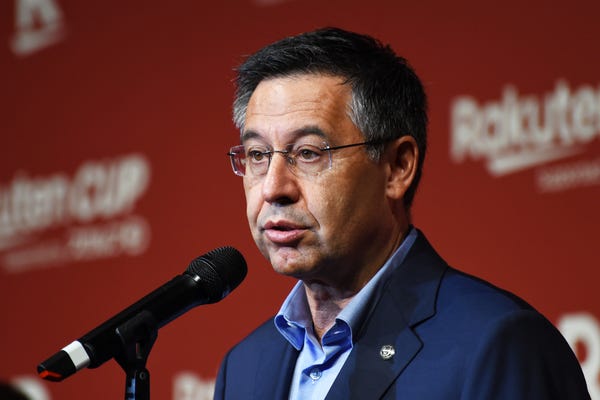 Barcelona's president played a large role in helping Messi decide he wanted to leave, with the Argentine understood to be unhappy with how the Spaniard has run the club since taking over in 2014.

Before Messi resigned himself to defeat, Bartomeu could have proved pivotal in helping Messi stay – by handing in his resignation.

Barcelona fans called for Bartomeu's head following Messi's transfer request, after which the president said he would step down if it meant Messi would stay, according to The Guardian.

That being said, however, even if Bartomeu were to resign, he would remain as president until the club's elections in March, meaning it could be too little too late. 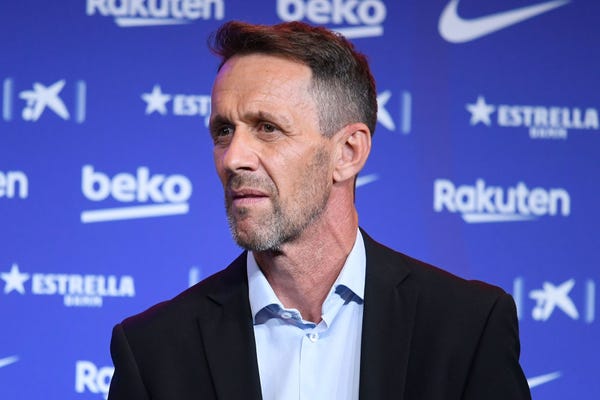 Planes was promoted to the position of Sporting Director at Barcelona following the dismissal of Eric Abidal in August.

The Spaniard has continually insisted he sees Messi as integral to the club's future plans, and said in the past that he hoped he could convince him to stay.

"We only have enormous respect for Leo Messi," Planes told the club's website. "Barca and Leo are like a marriage, where both have given so much to each other, and have brought so much joy to the fans.

"We need experienced players, like Leo Messi, as well as players for the team's future. We are putting every effort into ensuring that the relationship between Barca and Messi will continue. We are working internally to convince Leo." 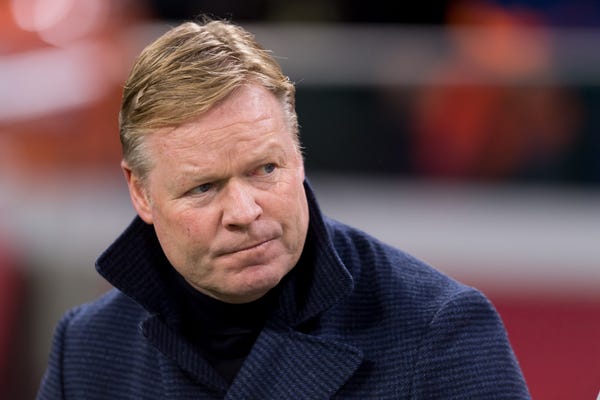 Koeman, who was named Barca's head coach late last month, has spoken of his desire to keep Messi next term.

However, the Dutchman has already shot himself in the foot: first through his brutal dismissal of Luis Suarez; and secondly by disrespecting Messi himself.

Suarez, who is one of Messi's closest friends, is set to move to Juventus after Koeman told him in a phone call that lasted just 60 seconds that his time at the club was up, according to SPORT, a move that is understood to have angered Messi.

Shortly after axing Suarez, Koeman then put the nail in the coffin by reportedly telling Messi in a meeting that his "privileges in the squad are over." 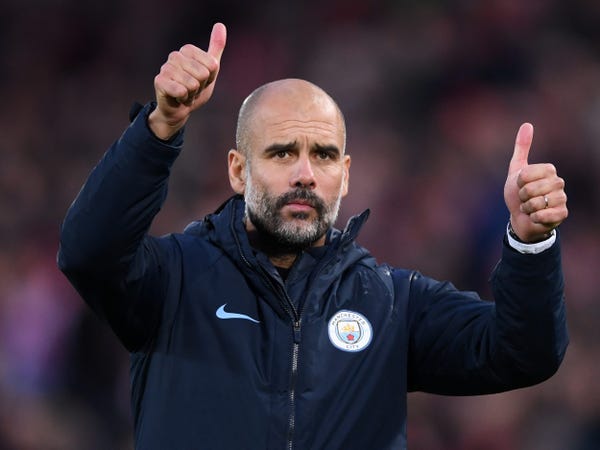 Before he pulled out of leaving Barca, Manchester City was the favorite to land Messi, mostly due to the pull of working under former Barcelona manager Pep Guardiola again.

Under the Spaniard at the Camp Nou, Messi enjoyed the best form of his career, winning four consecutive Ballons d'Or between 2009 and 2012. During the pair's time together in Catalonia, the club also won an astonishing 14 trophies in just four seasons.

Messi and Guardiola have been extremely open about their admiration for each other in the past, and Messi reportedly even told Guardiola he was going to leave Barcelona before he told the club.

While a transfer currently looks unlikely, City could still try and buy Messi outright this summer, likely having to smash the world transfer record in the process. 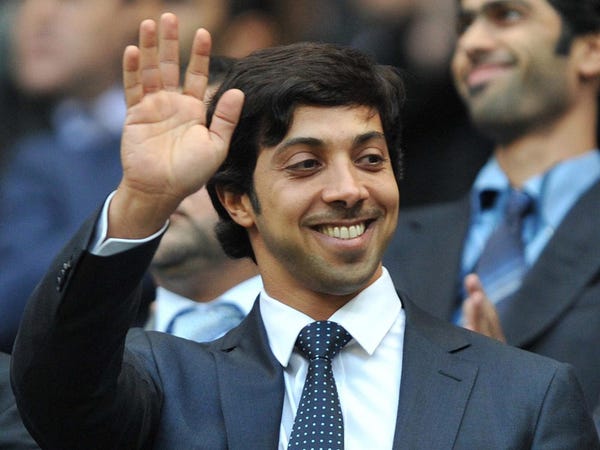 It's all well and good Manchester City being favorites to land Messi and the Argentine wanting to reunite with Guardiola, but how will the club be able to afford him if he isn't allowed to go for free?

That's where City owner Sheikh Mansour comes in. The Emirati Prince would have to part ways with a huge sum of cash to lure Messi to the Etihad, while also facilitating the sales of the some of the club's other stars to ensure it remained within UEFA's Financial Fair Play regulations.

The good news for City is that Mansour has previously made a personal vow to sign Messi, according to former player Robinho, per The Manchester Evening News. 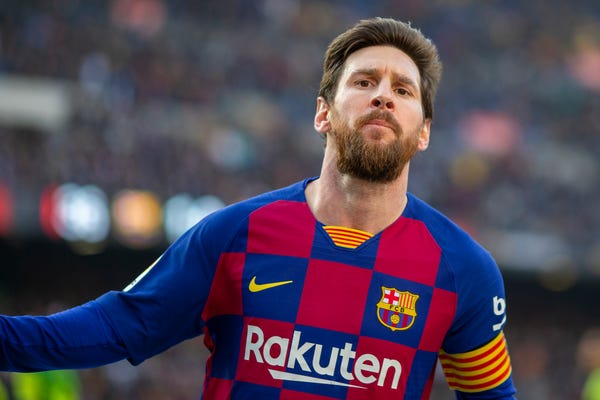 Ultimately, Messi himself has to choose where he plays, and his statement on Friday seems to suggest that it will be Barcelona for the foreseeable future. But who knows?