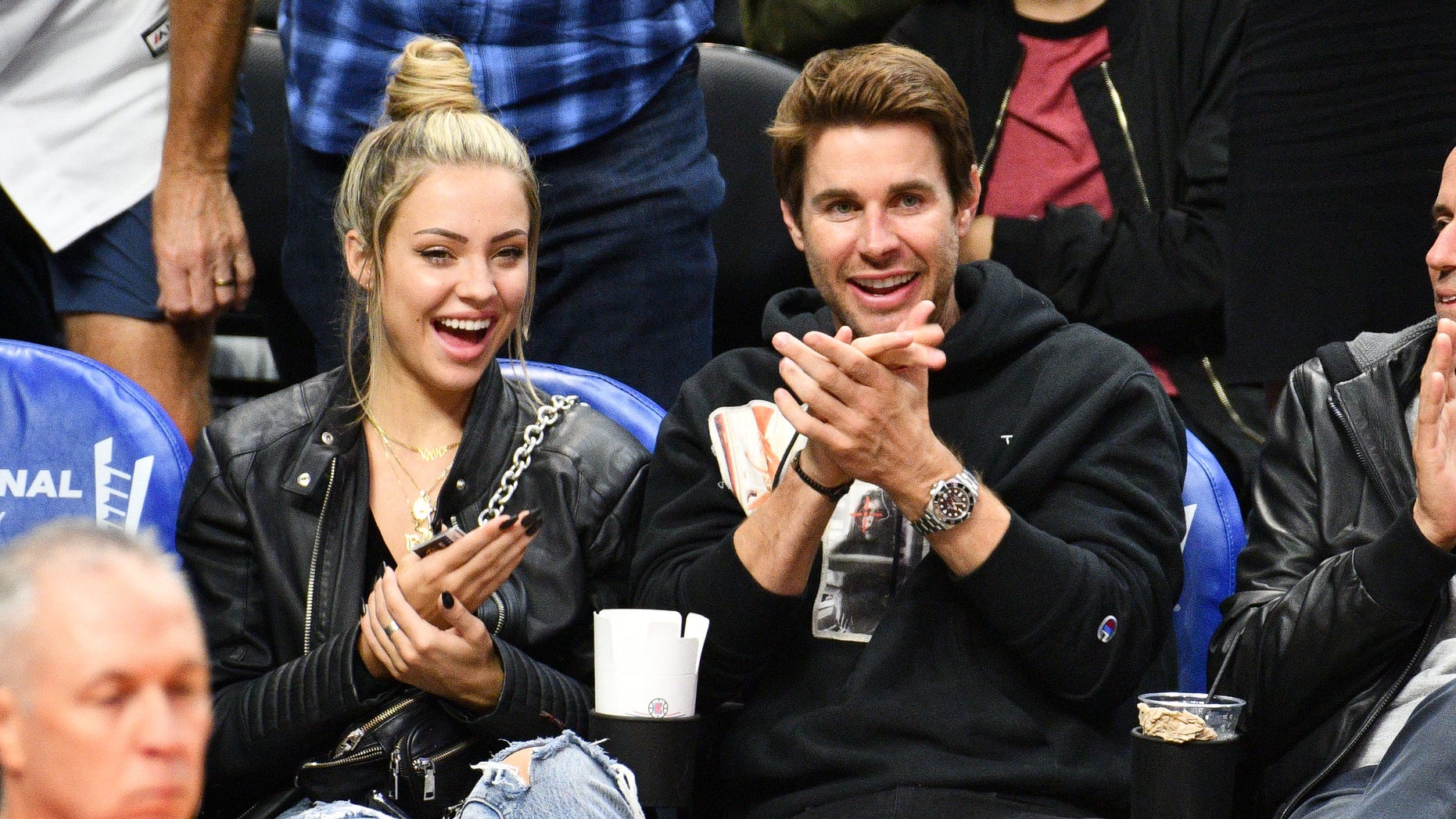 Charly Jordan, seen here with a friend at an L.A. Clippers game, found the humor in the situation.
(Allen Berezovsky/Getty Images)

Modeling isn’t always as glamorous as it seems, apparently.

Los Angeles-based DJ and model Charly Jordan isn’t afraid to laugh at herself when the situation calls for it, as evidenced by a recent bikini video which shows her getting clunked on the noggin out by a loose shower head.

“When you get hit with that “k” reply,” Jordan captioned the Instagram video, likening the incident to receiving a short, dismissive text message.

Jordan’s Instagram followers ─ which total 1.5 million ─ were largely amused by the clip, which she original posted Dec. 26 from Tamarindo, Costa Rica.

“When you think too much of yourself. Life finds a way to knock you back to reality,” wrote one.

“When you get hit with that 'I like you as a friend,” joked another.

Jordan’s post has since amassed just under 250,000 likes. Her head, meanwhile, likely amassed a huge bump, though Jordan hasn’t confirmed as much on Instagram.