Home » Lifestyle » Eleanor and Mary Alice review: Spotlight on women of influence in war and peace

Eleanor and Mary Alice review: Spotlight on women of influence in war and peace Two women are thrust into the spotlight and each other's company as war rages. 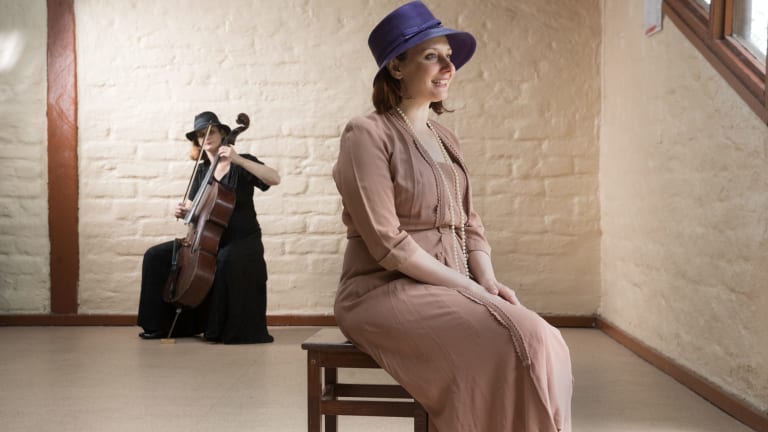 Their little-known friendship and its wider influence is the subject of Peta Tait's play in which global conflict, art and human rights interweave.

The piece unfolds as imagined conversations between the women at two critical points in world affairs.

The first is when Roosevelt arrives in Australia in 1942 as war has spread to the Pacific and she is determined to fly on to visit US frontline troops. Evatt meanwhile wants to talk to her about art, not a subject uppermost in the First Lady's mind.

They meet again in Paris in 1948 in the aftermath of war when the world looks for hope.

By then "Doc" Evatt is chairwoman of the UN General Assembly and newly-widowed Roosevelt heads the committee drafting its Universal Declaration of Human Rights.

The two women are admirable. Roosevelt's role as the driving force behind the declaration's adoption – a Magna Carta for all humanity – was arguably her greatest triumph.

Evatt became an advocate for modern art and helped shape our cultural life. As independent and influential women, both faced criticism for sticking their heads above the parapet.

The difficulty for the play is that while their affection for each other is clear, there is little conflict between them to propel the narrative.

Deborah Leiser-Moore's unconventional staging has the audience standing initially then seated as the actors perform in the aisles and finally on stage.

There are scene-setting projections of artwork by Evatt's modernist friend Moya Dyring, of Paris and Roosevelt's UN speech as the declaration's adoption – a document that among its articles recognised the right to art and cultural life.

These elements inject movement into what could otherwise be a static experience, but the unusual seating setup makes viewing the projections awkward for sections of the audience.

Presented to coincide with the 70th anniversary of the Declaration of Human Rights, the work is a reminder at a time when Australia's human rights are eroded and treatment of refugees shameful, that we were once courageous champions of both.