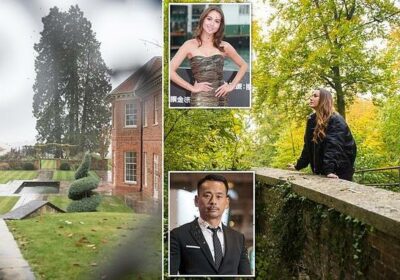 Dior model who bought Ewhurst Park – former seat of Duke of Wellington – for £28million after a £29.7m ‘break-up fee’ from married billionaire tycoon says learning the rules of British land ownership is ‘humbling’ as she reveals rewilding plans for estate

A model who shelled out £28million to buy Ewhurst Park – the former seat of the Duke of Wellington – has described learning the ‘rules’ of British land ownership as ‘humbling’ and revealed her plans for rewilding endangered species.

Malaysia-born Mandy Lieu, 36, one of Asia’s biggest stars who has fronted campaigns for Dior and is also a TV presenter and actress, purchased the 925-acre estate in Ramsdell, Hampshire last year.

She reportedly received a £29.7million ‘break-up fee’ from married Macau tycoon Alvin Chau, who has an estimated $2billion fortune, when they ended their five-year relationship in 2019.

He is the father of her four children, aged six, five, three and nearly two. Mr Chau, 47, chairman of Suncity Group, which operates and manages hotel and casino resorts across Asia, also has two children with his wife Heidi Chan. 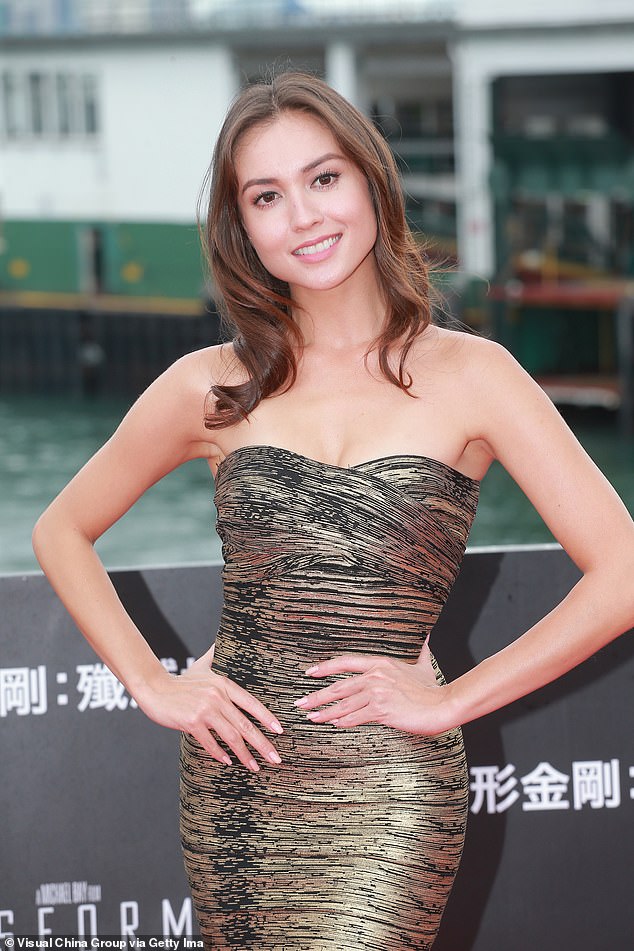 Model Mandy Lieu, pictured in June 2014, shelled out £28million to buy Ewhurst Park – the former seat of the Duke of Wellington 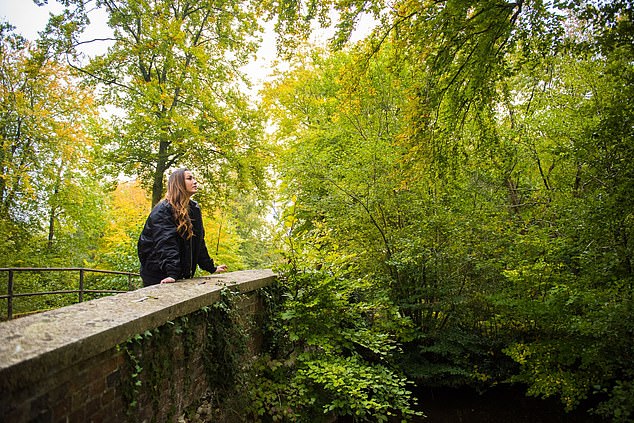 Having moved from Chelsea to Holland Park, Ms Lieu’s passion for the countryside – and her desire for her children to grow up surrounded by nature – was ignited after taking them camping near Oxford.

Ms Lieu first visited Ewhurst Park in November and fell in love with its lake and ancient woodlands, and ‘got very excited about the prospect and the potential of the place’.

Speaking to The Sunday Times Home about her extravagant impulse buy, Ms Lieu said she was ‘really inspired by the situation that we were all in’ and ‘now, more than ever, the importance of reconnecting with nature’.

She added that she is getting to grips with the reality of land ownership in the UK and discovering there are ‘rules for everything’. A stone bridge on the estate is reportedly in dire need of repair but she is prevented from doing so due to bats nesting nearby. 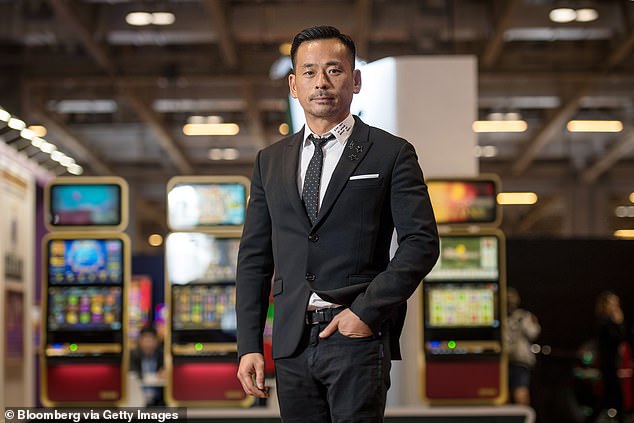 ‘I grew up in a natural setting but there is not much background like there is here,’ Ms Lieu told the publication.

‘Learning about it is very humbling as well. There is so much history, I feel like there is a responsibility as well, not only to make sure it’s an amazing place for the future generations, but that what I do with it is quite important.’

She’s off to a good start, having allocated 400 acres for regenerative farming practices – with the help of her neighbour Tim May who farms the Kingsclere estate nearby.

Ms Lieu – who runs the organic farm-to-table Good Plot cafe in Notting Hill – is also in the process of establishing a market garden, orchard and forest garden on a 1.5 acre plot, planting figs, sloes and Asian pear. 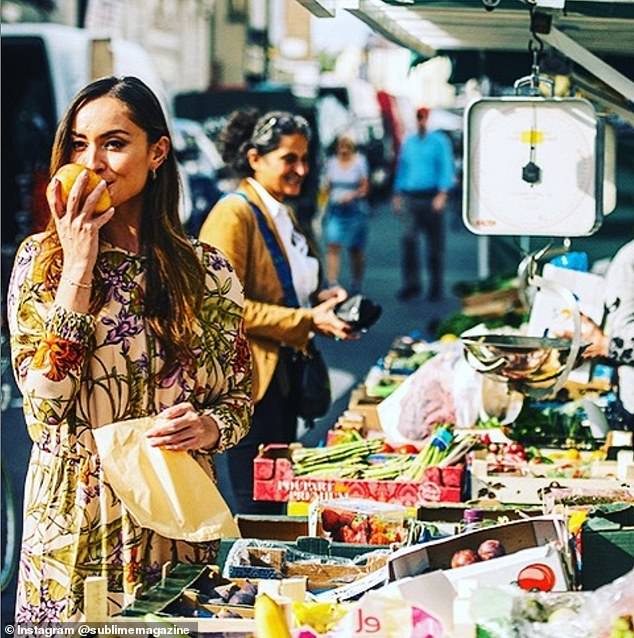 The public have access to the garden via a new path, and they can also buy Ewhurst eggs courtesy of an honesty box set-up.

Ms Lieu, who has aspirations of opening up a glamping site, has also teamed up with a local nursery and school to run workshops and is organising foraging trips via her cafe.

She is also starting a rewilding programme, having purchased some long-horn cattle and endangered deer species including the rare sambar deer from Malaysia, which are near extinction.

To oversee this project she has drafted in Tom Hewlett, who previously worked as an assistant park manager at Woburn Abbey deer park. Ms Lieu has several tenants on the estate including Mr Hewlett.

She previously told The Times: ‘I do not think myself a landowner. Instead I consider myself a steward of this land, working to leave it in a better state than I found it, and very soon I hope to open Ewhurst to invite as many people as possible to come on this journey with me. 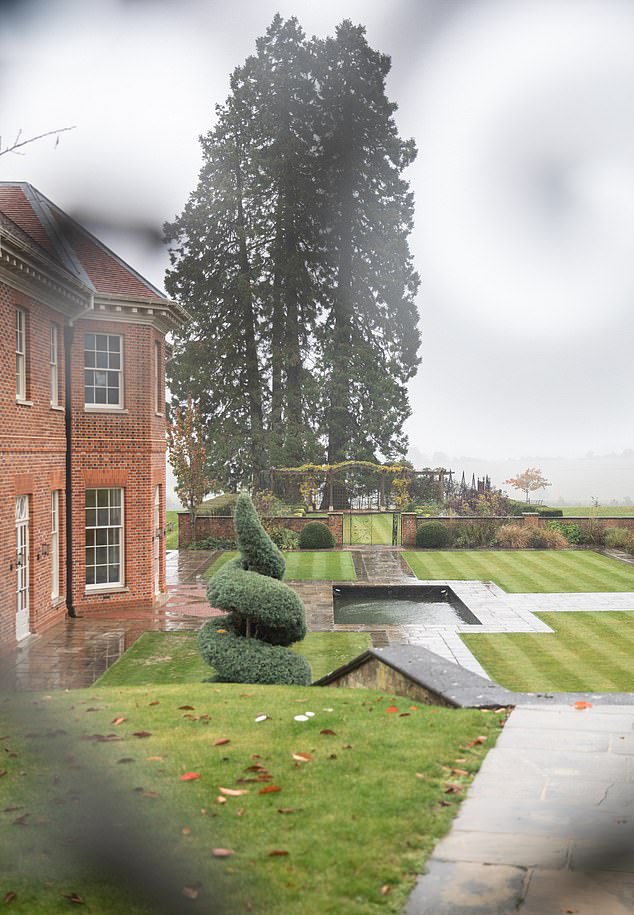 Ms Lieu revealed she is interested to learn about how different ways of producing food can have different impacts on the environment. Pictured: a view of the estate and its grounds from the main house

‘I grew up in southeast Asia and was taught in my earliest years to respect food and the land that it comes from. Now, I am able to put my passion into practice in the UK.’

Ms Lieu hopes to attract experts in rewilding and regenerative farming. Writing in Sublime magazine in November, for which she is a columnist, she revealed she is interested to learn about how different ways of producing food can have different impacts on the environment.

‘The future of our farming must be sustainable and regenerative,’ she wrote. ‘My own effort at rebalancing our habits has been to launch a farm-to-table business, starting with my Notting Hill deli, which will support fantastic British farmers producing world-class organic food.

‘In doing so, I hope to help show people the breadth of seasonal produce that is on our doorstep, when to buy it and how to cook it.’ 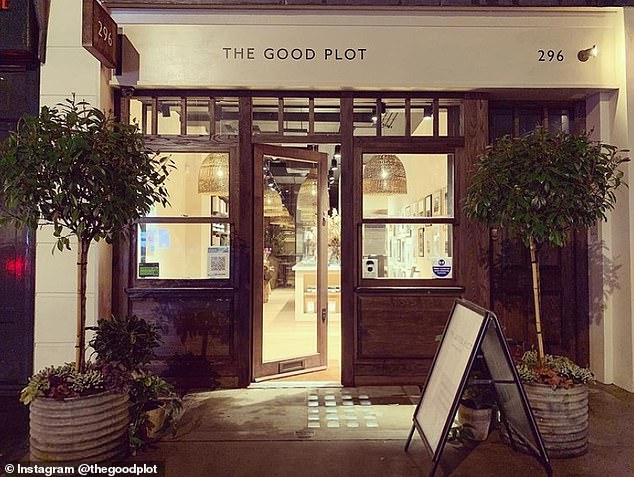 -Ms Lieu – who runs the organic farm-to-table Good Plot cafe in Notting Hill, pictured – is also in the process of establishing a market garden, orchard and forest garden on a 1.5 acre plot

The estate itself was most recently sold in 2007 for a reported £12 million to American-born businessman Michael Cohen – former European head of the hedge fund Och-Ziff. He is believed to have bought it as a country pit-stop while overseeing deals from his London office.

Mr Cohen, who has dual British and US citizenship, built a large country house on the land, renovated its listed buildings and landscaped its expansive 18th century grounds.

Guy Bradshaw, the head of UK residential at Sotheby’s International Realty, told The Times that there had been a significant influx of wealthy Asian millennials keen to buy up a piece of the British countryside. 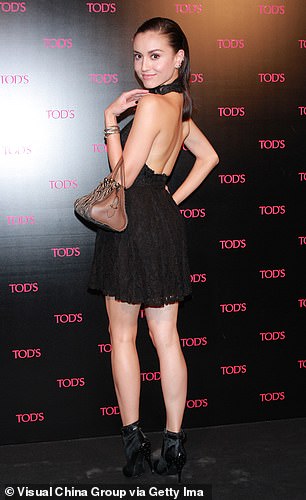 ‘We’ve definitely seen a lot of younger people from Hong Kong, mainland China and Taiwan coming through with quite substantial budgets over the last few weeks, looking for that lifestyle change,’ he said. ‘Their budgets start at around a million pounds upwards.’

Mr Bradshaw added that many are ‘shrewd’ investors looking to add value and make a return on their investment. He said he expects a number of Asian buyers will come over to the UK once Covid-19 travel restrictions are lifted.

Ms Lieu regularly hit the headlines in Asia for being Alvin Chau’s mistress.

His company Suncity runs 18 VIP gaming tables in Macau, and 14 more in casinos scattered around the Philippines, Vietnam, Cambodia, South Korea, and Australia

Ms Lieu moved to the UK, but attracted criticism in September for an Instagram post on Sublime’s platform in which she welcomed readers to her new regular column discussing ‘sustainable food, lifestyle and family’.

Several people commented on her relationship with Mr Chauc, with one writing: ‘How could a mistress talk about family and children?’ 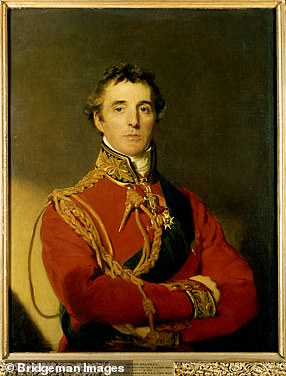 The Domesday account sites Ewhurst as part of the estates owned by Earl Godwin, held by Walter of Hugh de Port in 1086. Pitt Hall Farm dates back to around 1327. Early lease documents from 1717 offer a description of the landscape which includes the old manor house and buildings, stables, orchards and fishponds, as well as early field systems and woodland boundaries. Its large lake make have been formed from fishponds in medieval times.

The estate was inherited in 1761 by James Chichele Plowden and sold to Robert Mackreth, who built a new house and stable block.

Between 1817 and 1943, the Dukes of Wellington were the principal land owners in Baughurst. Arthur Wellesley, the first Duke of Wellington, was an Anglo-Irish soldier and Tory statesmen who became one of the leading military and political figures of the 19th century in Britain – serving twice as prime minister.

He ended the Napoleonic Wars when he defeated Napoleon at the Battle of Waterloo in 1815. The Duke acquired the Wolverton and Ewhurst estate, encompassing some several thousand acres in the parishes of Wolverton, Ewhurst, Baughurst, Tadley and thereabouts (north-west of Basingstoke), purchased from Sir Peter Pole and his trustees in 1831/32.

The Ewhurst mansion house and church on the estate were rebuilt in 1872-3 by Mr W.H. Chichele Plowden.

In 1910, Country Life magazine described the estate as containing ‘a fine artificial lake of 18 acres surrounded by beech trees’. It describes the work of the then Duchess of Wellington, citing her rose and a walled garden ‘devoted to flower and foliage effects’.

Although the family seat was at Stratfield Saye, the 4th Duke of Wellington preferred to stay at Ewhurst until his death in 1934.

In 1943 the Ewhurst and Wolverton estates were sold by auction, and during the Second World War they were taken over by the Canadian Military.

Left empty and neglected it was bought in the mid 1950s, and the mansion reduced to a single wing. Its gardens were also reduced in size and complexity to take account of modern standards of management.

The original 18th century stables were retained and referred to as ‘impressive’ in Pevsner & Lloyd. In the 1970s the Church of St Mary was declared redundant and used as part of the house amenities.

The estate was most recently sold in 2007 for a reported £12 million to American-born businessman Michael Cohen – former European head of the hedge fund Och-Ziff. He is believed to have bought it as a country pit-stop while overseeing deals from his London office.