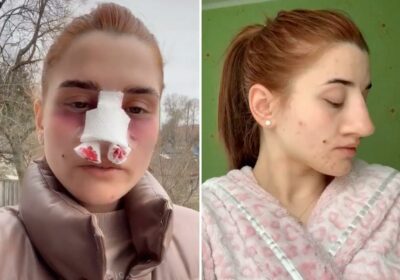 A WOMAN has shared incredible before and after results of her nose job – and people can’t believe she’s the same woman.

Olga Baderuk, 22, claims to have transformed her face by video of herself to her 23.4k followers showing the process of what appears to be her nose before and the final results. 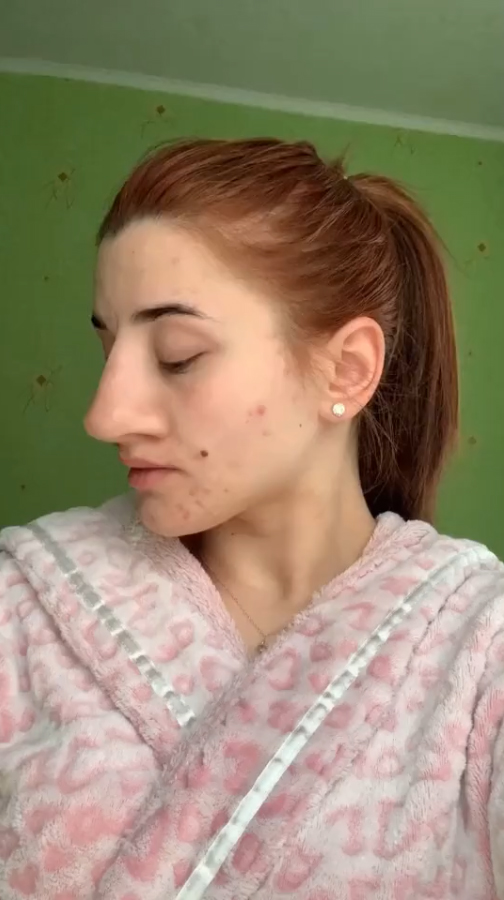 In the video, which has been viewed 13.6m times and shows her lip syncing, the Ukrainian influencer begins it with a ‘before’ of her nose.

She then has six different clips to show what appears to be the healing of a nose job, and it appears the bruising around her eyes gradually reduces.

Throughout the video the bandaging around her nose which appears to be bloody in some also is reduced to nothing. 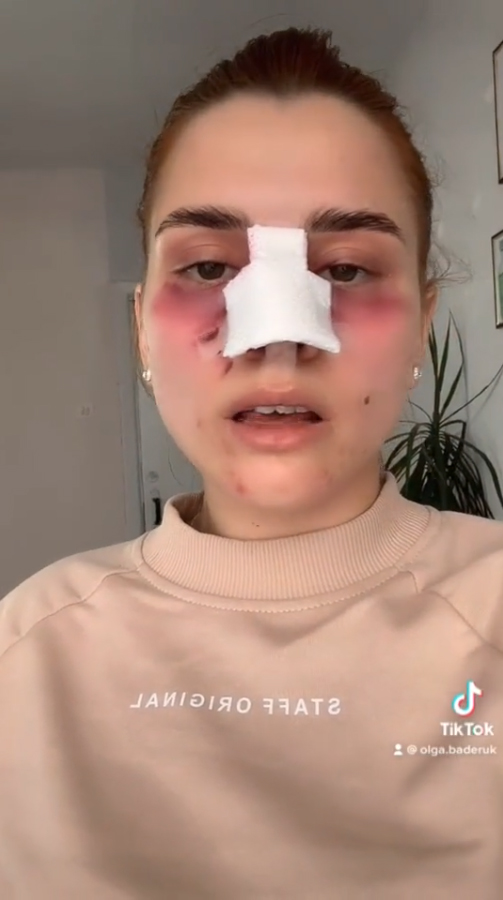 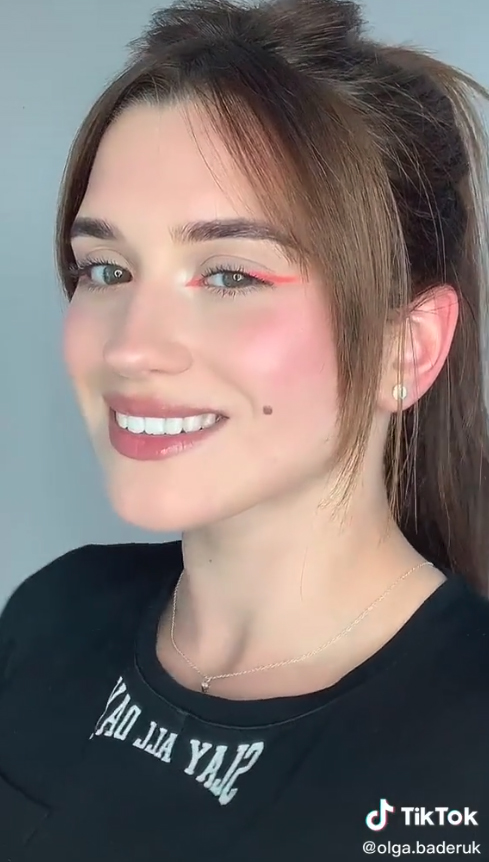 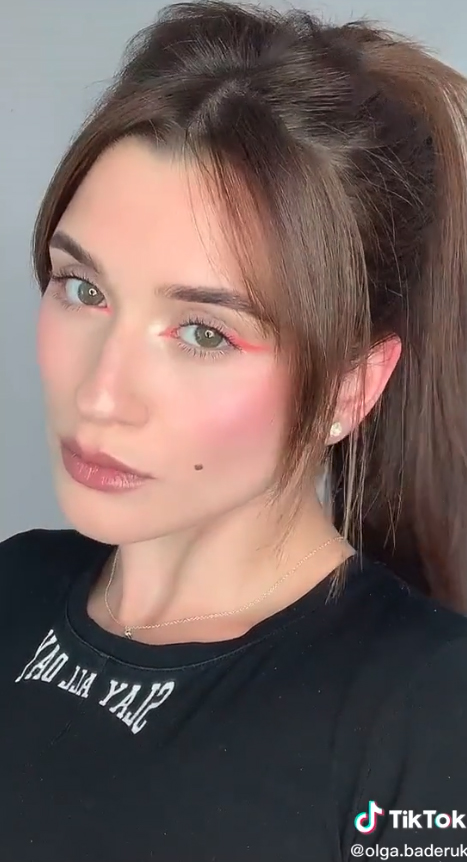 However, some viewers believe in her ‘before’ video of her nose, she used a filter to make it appear larger.

One said: “Ooooh it was sooo big.”

Another wrote: “I think it’s a filter.”

Have you seen, ‘Fox eye’ surgery is the new big trend Danielle Lloyd loves but it ‘makes you look like Spock from Star Trek’

Meanwhile, one woman reveals her lip turned blue and almost fell OFF after getting filler as the injections cut off blood supply.

In other surgery news, we shared how this woman spent £24k turning herself into a real-life Barbie.