The 37-year-old mum, who has two kids with Triple 8 singer Justin Scott, shared side-by-side shots on Instagram yesterday – to show how motherhood changes everyone, even celebs. 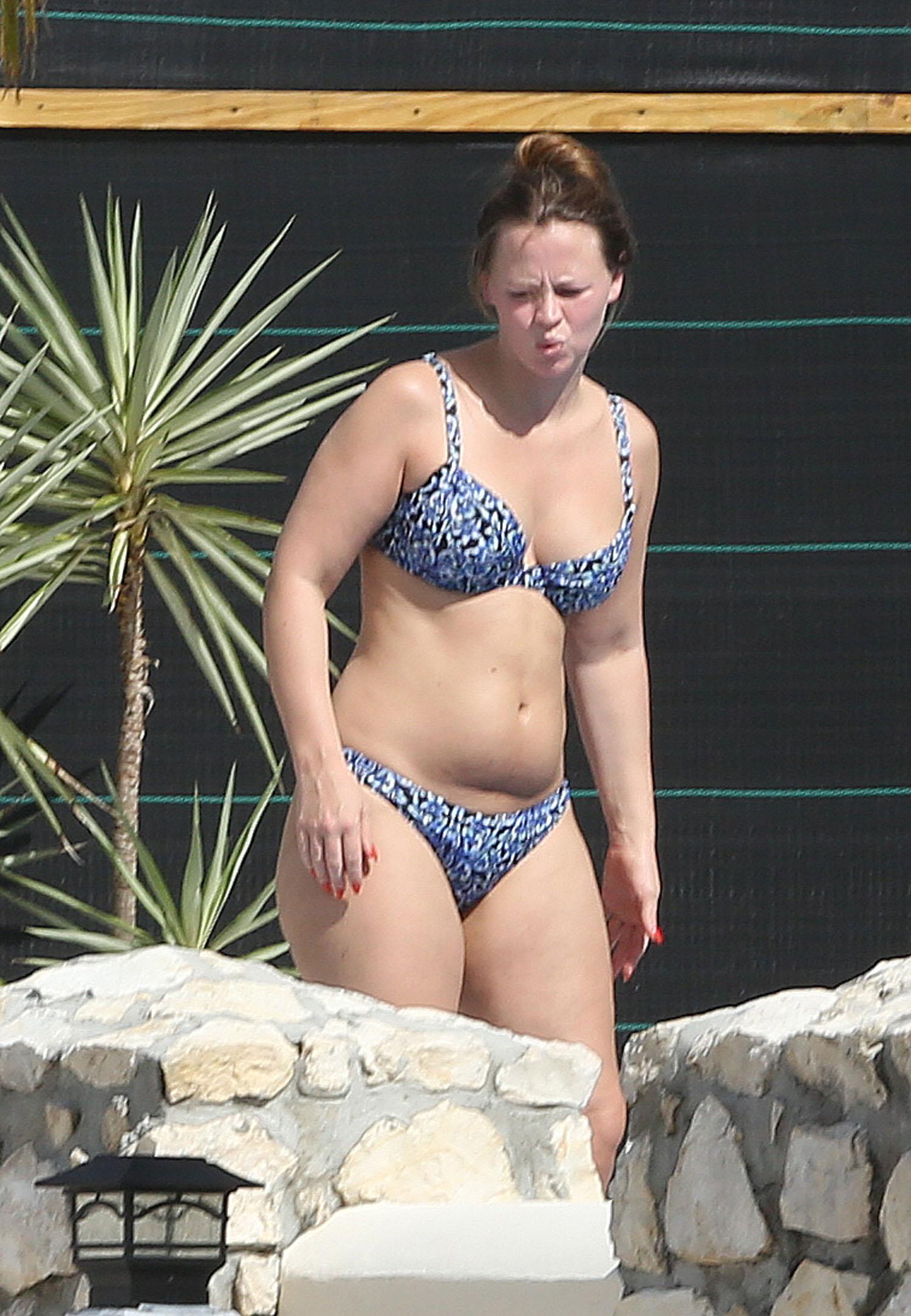 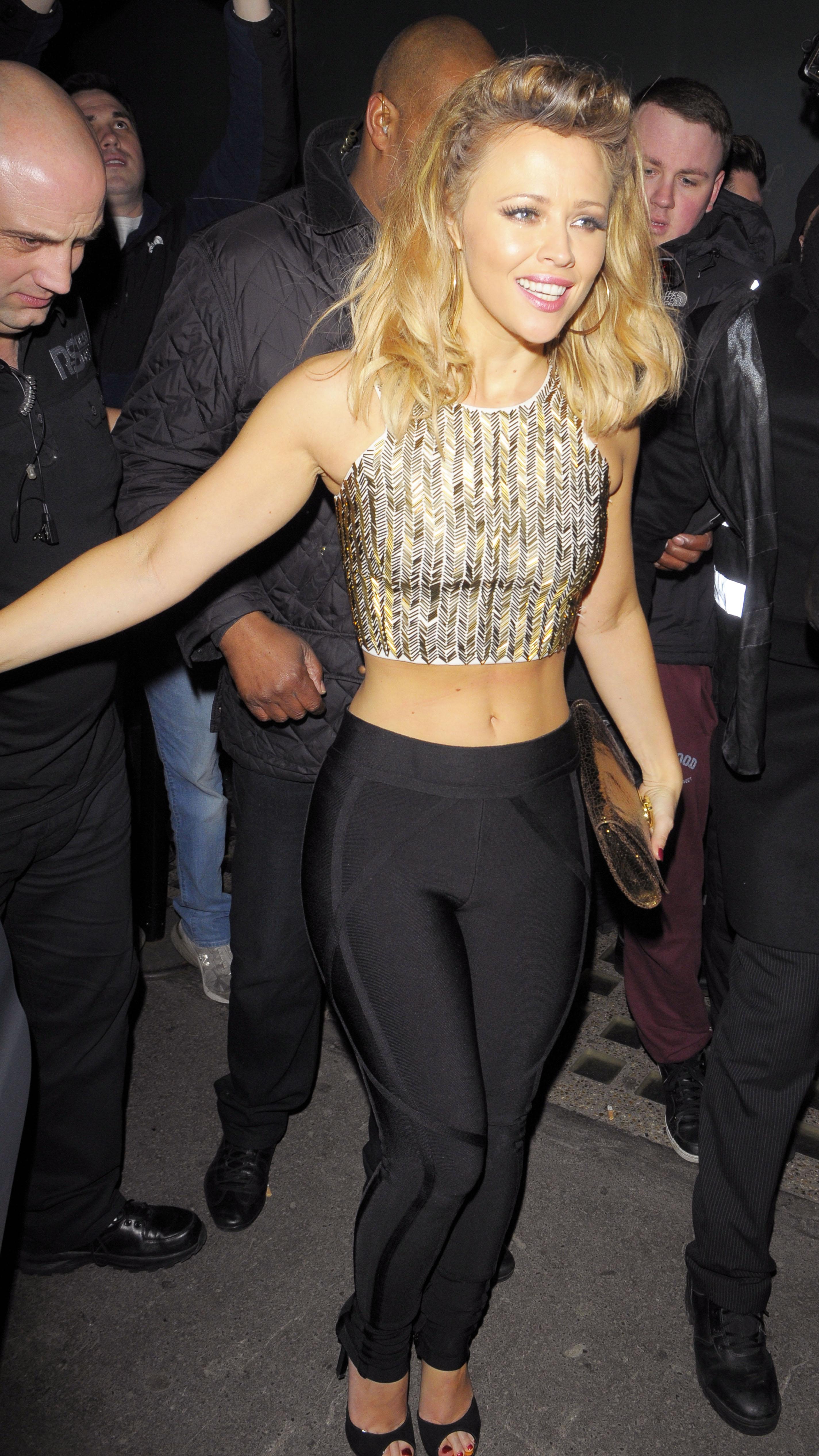 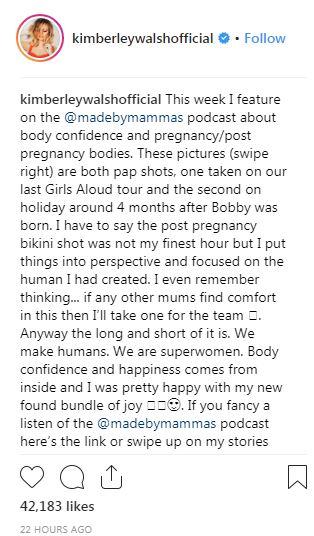 In the first shot, from March 2013, Kimberley is glammed up and showing off her washboard abs under a crop top – during her last tour with Girls Aloud.

In the second shot, from her first holiday with Bobby, in January 2015, she is make-up free with her hair scraped into a bun – showing she didn't immediately snap back into shape.

The paparazzi snap was taken just four months after the four-year-old's birth.

Kimberley, who's also mum to Cole, one, said: "I have to say the post pregnancy bikini shot was not my finest hour but I put things into perspective and focused on the human I had created. 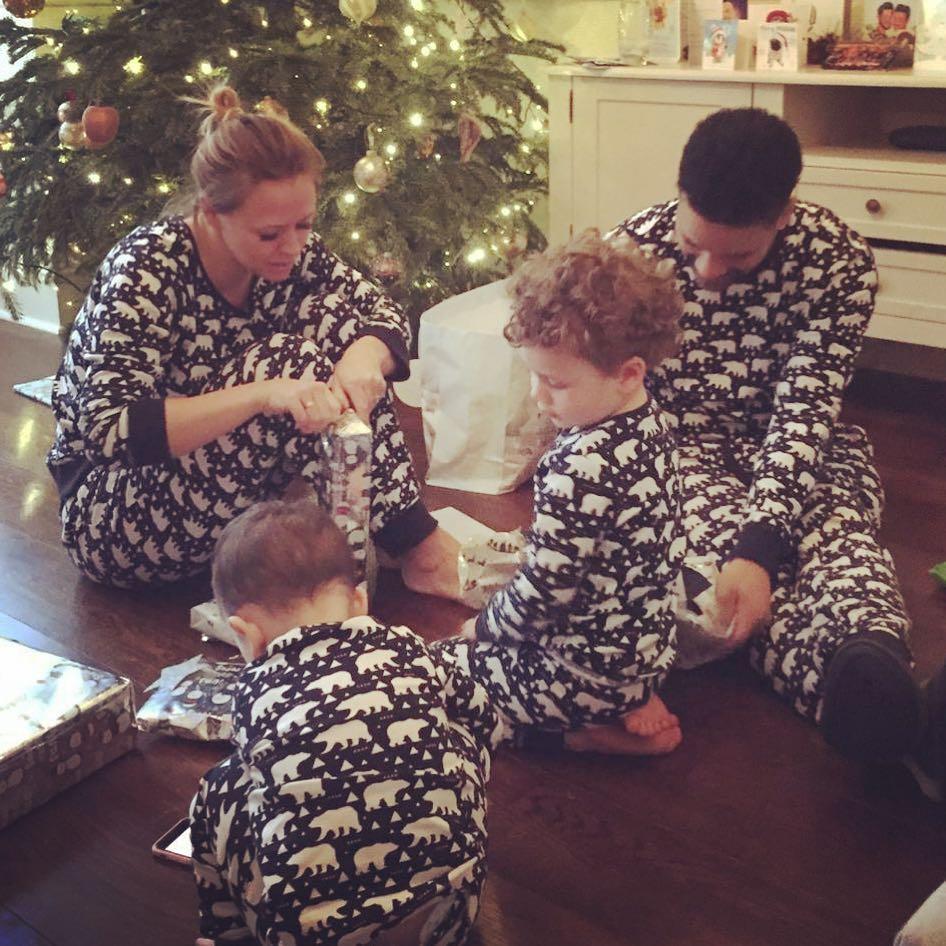 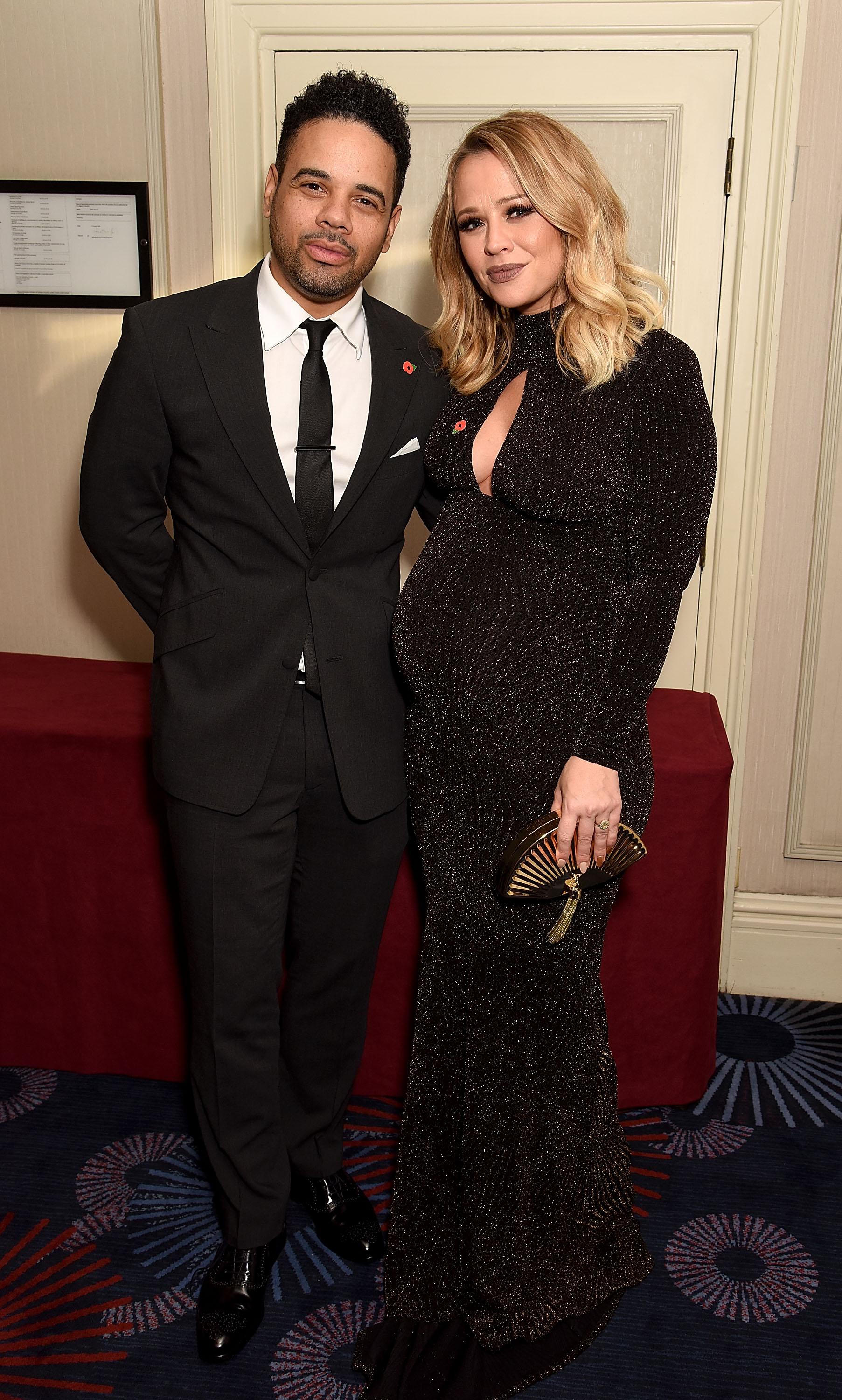 "I even remember thinking… if any other mums find comfort in this then I’ll take one for the team.

"Anyway the long and short of it is. We make humans. We are superwomen.

"Body confidence and happiness comes from inside and I was pretty happy with my new found bundle of joy".

Commenting on the snap, one woman wrote: "Well done you!!!!! Third one in & im most definitely not looking how I was…..not expecting to, superhuman mummies need time too!" 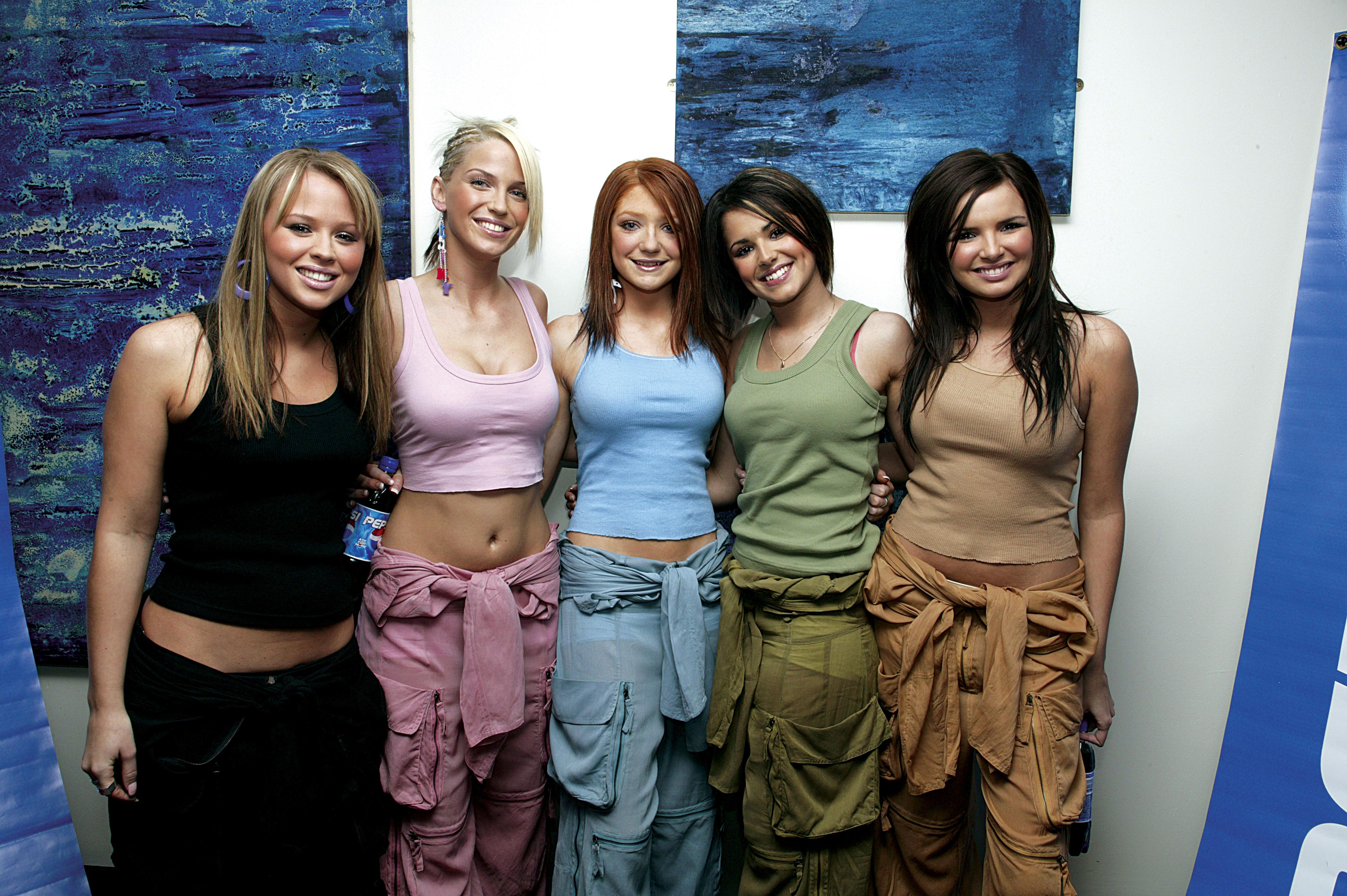 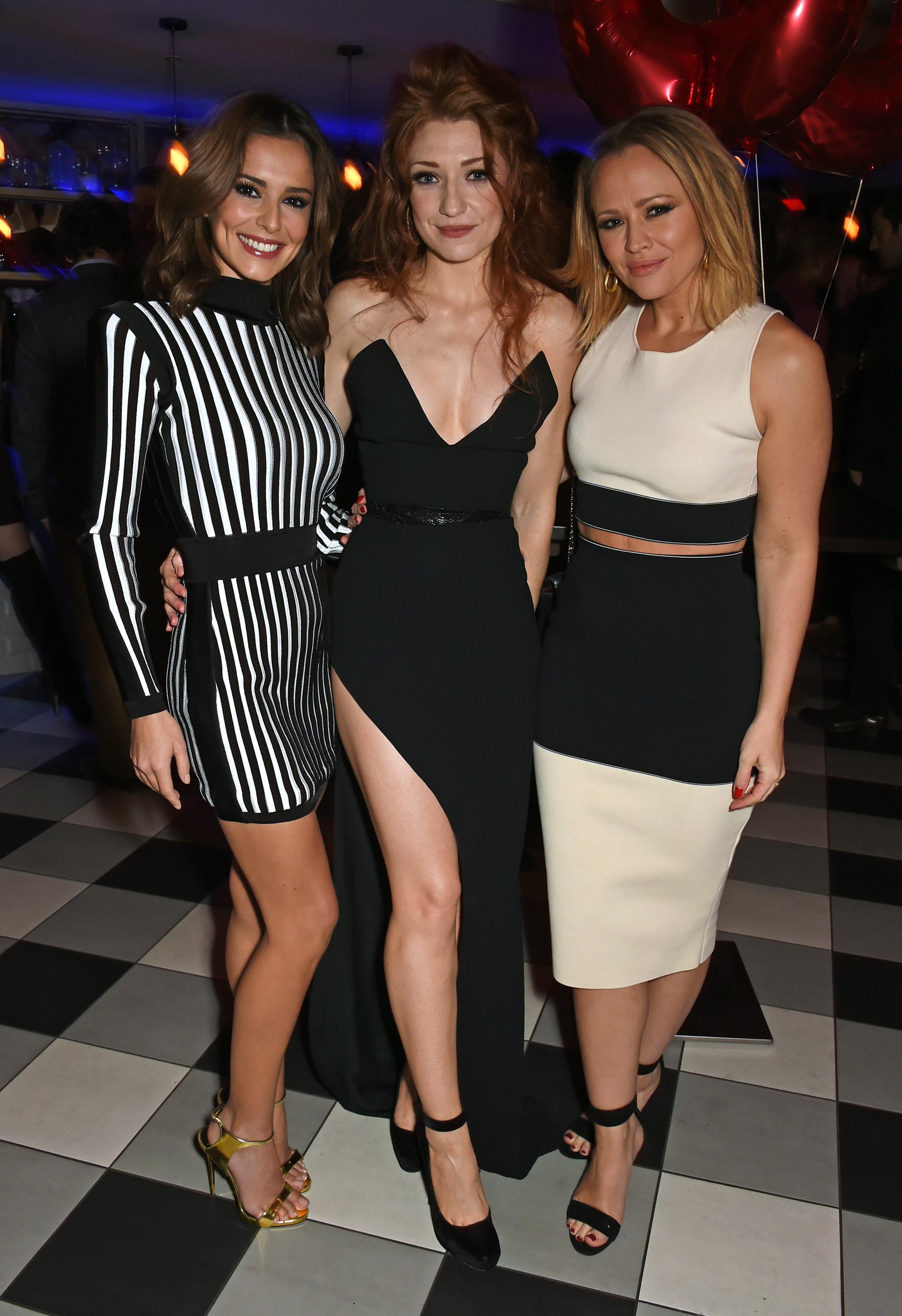 While the second said: "Lots of respect for you posting the second pic, there is so much pressure on new mums to ping back into shape!

"And those first few months of motherhood are tough, I was more concerned about getting through the day on very little sleep and basically just keeping everyone alive….not getting down the gym lol!"

And a third mum added: "You look amazing in both pictures. I think a lot of women will feel a great comfort from this post.

"It's sad when we feel pressured about our bodies after giving birth but as you said it's more important to enjoy your baby instead of worrying about your body."

The brand new series of our podcast is BACK! Kicking off with the wonderfully honest and totally brilliant @kimberleywalshofficial, talking ‘Body Confidence’. We’d love you to check it out and feedback with any thoughts. You guys are always in our minds when we have these chats…we really hope you find them useful, when navigating this crazy journey called motherhood! The link is in our bio ❤️❤️ huge love, Zo & G xx

Kimberley was inspired to post the pictures after appearing on the Made by Mammas podcast this week, talking all things body confidence with hosts Zoe and Georgia.

While Kim Kardashian revealed an incredible Alice in Wonderland-themed birthday for her daughter Chicago’s first birthday.