Home » Celebrities » Will Ariana Grande and Dalton Gomez Have Kids? She's Talked About Starting a Family in the Past

Will Ariana Grande and Dalton Gomez Have Kids? She's Talked About Starting a Family in the Past 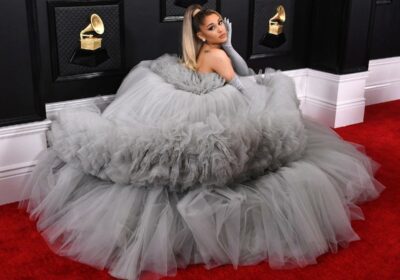 Ariana Grande just married Dalton Gomez, and the question of whether they plan to have kids together is already circulating through the internet. With both extremely private about their personal lives, we’re not holding our breath on the couple one day mapping out their future for us.

But luckily, we already know Grande’s stance on children as she previously opened up about her plans to have kids.

Earlier this month, Grande surprised the world when she married Gomez in an “intimate” ceremony held inside their Montecito, California mansion. According to People, the couple exchanged vows in front of close family and friends.

“It was tiny and intimate — less than 20 people,” a source told the outlet. “The room was so happy and full of love. The couple and both families couldn’t be happier.”

Grande and Gomez’s wedding came a little more than a year after the two first started dating in January 2020. After quarantining together amid the coronavirus (COVID-19) pandemic, the pair went public with their romance by appearing together in the singer and Justin Bieber’s “Stuck With U” music video in May 2020.

A month later, the couple became Instagram official when Grande shared a photo of her and Gomez cuddled up together ahead of her 27th birthday.

Though the pair’s relationship seemed serious, we didn’t know how head over heels the two were for each other until December 2020, when Grande announced her engagement to Gomez on Instagram.

Now that they are husband and wife, many are curious to know when Gomez and Grande will start having kids together.

Seeing as both are very private when it comes to their personal lives, it’s unclear if the pair have even discussed starting a family.

But despite whether they have talked about having kids together or not, Grande is interested in one day being a mom as she previously expressed her desire to have children.

During an interview with Beats 1’s Ebro Darden in 2018, Grande (who was engaged to Saturday Night Live comedian Pete Davidson at the time) shared that she was open to having children but noted that she wasn’t in a rush to become a mom.

“Eventually, I want down the line, probably, like, three kids,” she said.

Though her relationship with Davidson ended up not working out, HollywoodLife reports that the Grammy winner still wants to have a family. However, she isn’t looking to have a baby anytime soon.

“Ariana is not in any rush to get pregnant and have kids with Dalton for at least a few years,” a source tells the outlet. “She is very eager to do more music, act a little more and she is also gearing up for her stint with The Voice.“

The source continued, “Dreams of being a mother are something special that she would love to pursue a few years down the line but she has a lot of work to still do professionally, and she is a workaholic.”

According to the outlet, Grande isn’t planning on slowing down her career. Rather than starting a family as soon as possible, the singer wants to enjoy basking in marital bliss and accomplish more in life before taking that next step with her husband.

“Right now it’s all about enjoying being married to her love,” the insider added. “She is looking to celebrate married life with Dalton as she is extremely happy. But the rush into the other things like children that often happen when people get married can and will wait if it is up to Ariana.”